Despite the pandemic, the year saw many senior people switch roles. And across the industry at all levels, construction’s people stepped up to help out in the covid crisis

While most people might have preferred to sit tight this year, there were nevertheless some high-profile comings and goings in the construction sector. 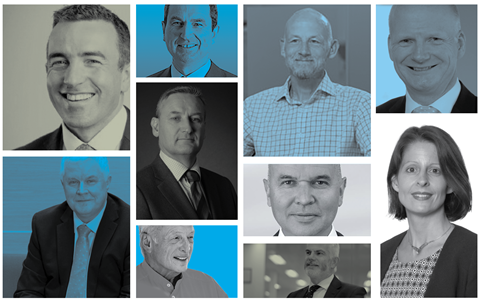 To start, we go back to November last year when Ashley Muldoon, the chief executive of Multiplex, left the firm after more than two decades. He re-emerged this autumn as chief operating officer of data centre firm Global Switch and a non-executive at Keltbray.

Another high-profile departure was Dean Banks, the head of Balfour Beatty’s UK construction for the past five years. He leaves later this month for a new role and life in Australia, and is to be replaced by Mark Bullock, the firm’s rail and utilities boss.

Also going was Aecom chief David Barwell, who left at the end of July after 20 years, replaced by former RAF wing commander Colin Wood. In November the firm said its finance chief, Cheryl McCall, was also off after 18 years.

Where to start with Kier which, according to its latest annual report, let 3,500 people go in the past year? One of them was the boss of its major projects arm Matt Cova who, it was announced last month, will join ambitious regional contractor Claritas at the start of next year.

British Land said goodbye to its chief executive of the past 12 years, Chris Grigg, in November while the executive chair of Redrow, John Tutte, postponed his planned departure this year to the non-executive chair role because of the pandemic. He will now step down before next year’s AGM.

The finance bosses of Laing O’Rourke and Costain, Stewart McIntyre and Tony Bickerstaff, also left, both replaced by women – Rowan Baker and Helen Willis respectively – while L&Q chief executive David Montague announced that he would be leaving the housing association after more than 12 years.

One of Alinea’s founding partners, Paul Allen, retired at the end of April, seven years after helping to set up the London cost consultant with five others from Davis Langdon and EC Harris.

Also retiring was Richard Rogers, stepping down as a director of the practice he founded more than 40 years ago. The decision, revealed in termination documents lodged at Companies House over the summer, means his name will be dropped from his practice, Rogers Stirk Harbour + Partners, by July 2022 at the latest.

Earlier this month, Countryside chair David Howell said he would step down from the firm next year, a day after one of the firm’s major shareholders said he should resign. He has been in the role since the firm was listed in 2016. 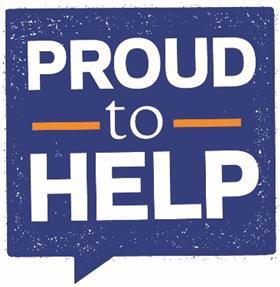 Proud to help: Construction does its bit

Amid the height of the covid-19 pandemic most of the news was anything but positive. But for construction it was a time when the industry stepped up and helped the recovery efforts – hence Building’s Proud to Help campaign was born. There was the obvious coming-together to deliver the Nightingale hospitals and the more subtle efforts.

Good news stories included everything from Scott Brownrigg designing a portable building that would allow elderly people to see and hold the hands of their families through a flexible plastic membrane to two employees from WSP who helped produce hundreds of protective face masks every week using 3D and laser printing techniques. Barratt donated 400 defibrillators from its shut construction sites to St John Ambulance and St Andrew’s First Aid to help in the covid-19 crisis, while a team of construction firms and specialists transformed a former military hospital in Surrey into a rehabilitation facility for those recovering from coronavirus.

In fact, there were so many fantastic initiatives that the judges of Building’s Proud to Help Award could not decide on one winner – awarding the title to all those shortlisted. Barratt Developments, BDP, the BESA, D2i Management, Fit Out UK, Gripple, Interserve, J3, Laing O’Rourke, NG Bailey, Nuaire, Places for People and Wates all walked away with the accolade for their efforts during the pandemic.