Cemex’s new UK boss, Frenchman Michel André, talks about his vision for the company and for the construction industry as a whole – and how it feels to arrive here from Europe just as the UK itself is preparing to leave 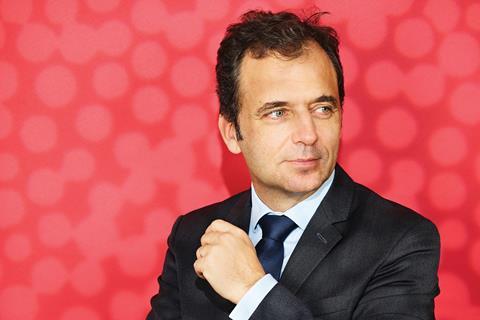 The new boss of Cemex in the UK is speaking about his shock at the result of last year’s Brexit vote. Michel André, a 47-year-old native of Lyon, France’s third-largest city after Paris and Marseilles, started in his new job a year and a week after the EU referendum.

His official title is country president of Cemex UK, the Mexico-headquartered building materials giant which last year had sales of $13.4bn (£10.1bn), making it the second-largest materials firm after the $27bn (£20.3bn) turnover LafargeHolcim.

“I was very surprised by the result of the vote,” he says. “I felt the UK would stay in Europe and not take this direction.”

There are strong fundamentals in the UK for the industry. We will go through some turbulence because of Brexit, but the need for residential will continue

André is in charge of 3,000 staff and a £900m turnover business, one that has over 400 sites supplying materials to schemes that range from fixing potholes to providing the concrete on the Crossrail tunnels.

Does he feel reassured, then, that come March 2019 – the date when the UK is due to formally leave the EU – he won’t be kicked out of the country? “No, I don’t have certainty,” he replies. “Individually I’m not worried. Everyone, the EU and the UK, has a vested interest to make it positive in the end. But if in March 2019 I have to go elsewhere, I will go elsewhere. I still have my skills and experience.”

For now, though, he’s here – having swapped a Paris apartment for a house in Richmond, west London, at the beginning of July after being asked to run what is now Cemex’s most important European market. Bigger than France and Germany and, since the recession, bigger than its traditional powerhouse, Spain, where the company’s main European headquarters are located in Madrid.

So, what are André’s impressions of the UK business so far, and where does he see the areas of potential growth given Brexit?

His background is in finance, not engineering, but after spells at PWC and French materials giant Lafarge, André eventually found himself at RMC as the chief finance officer of the British concrete behemoth’s French arm. That was in early 2004. A few months later Cemex slapped in a £2.3bn bid for the firm, in a deal that was eventually sealed the following year. He’s been at Cemex ever since. Over the next few years he worked his way up, becoming Cemex’s country manager of France in 2010, a position he held until his move to London this summer.

André has spent his first few months here visiting sites up and down the country and has so far ticked off more than 50. One of his first decisions has been to sanction the move out of RMC’s historic home in Surrey and relocate to its main UK base in Rugby next summer, having decided that the building in Thorpe, which is considered an architectural gem and was handed a grade II* listing three years ago, is no longer fit for Cemex’s needs.

The UK accounts for close to 40% of Cemex’s business in Europe, with its two main sectors here being aggregates and cement, followed by concrete. André says: “There is room for growth in the UK. I do believe the main business we need to focus on is aggregates.”

This will involve increasing the number of aggregates depots supplied by train and ramping up the amount of aggregates dredged out of the sea – its main fields tend to be out in the North Sea. The company also plans to open more quarries, although that is time-consuming – the period from proving reserves to extracting them is around 10 years – and there tend to be difficulties getting planning permission, with all firms running up against opposition from locals.

Infrastructure is key to investment

Brexit has created uncertainty, of course, but André says the UK is still an attractive market.

“I do believe there are strong fundamentals in the UK for the industry. We will go through some turbulence because of Brexit, but the need for residential will continue to be there. The UK will have to finance infrastructure in order to position it as a country where investors want to go, because you don’t want to go into a country where there is poor infrastructure.”

Here, he has been surprised by how much work needs to be done to improve the country’s road and rail network.

“I thought the worst traffic jams were in Paris, but it’s worse here,” he says. “Road infrastructure needs to improve. There is more to do here in terms of railways – HS2 will make up for that, partially. Investment in railways is planned, but it needs to happen.” André gives an example of where he thinks France is ahead of the UK on rail. “There are still these barriers [level crossings] here. In France there are bridges or tunnels, which means you never, ever have to stop and wait for a train to pass.”

More work here, then, should mean more profit. He is reluctant to be drawn on the sorts of margins Cemex makes in the UK, but he has been following the wider debate about what general contractors are aspiring to make in the future. It’s clear he thinks the sorts of margins UK contractors are currently posting – 1-3% – would not be tolerated by his business. “If you don’t have double-digit margins in aggregates and/or cement, you are out of business because you don’t make any money.”

He says there is more acceptance of higher margins for contractors in France than over here. Another difference is that the biggest contractors in France – Bouygues and Vinci – are also the biggest aggregates producers, meaning they have much closer control of their raw materials. “The contractors here are dependent on suppliers for their raw materials.” Not that he’s complaining, of course, but he believes construction in general – here and overseas – could be more efficient.

He is unfamiliar with last year’s government-commissioned report into the UK construction industry by Cast’s Mark Farmer, but Farmer would surely be pleased by what he says. “Something I believe that has not evolved enough is the logistics on job sites. When you look at this, many things are happening at the same time [but the way things are done] is not that different from 10 or 15 years ago.” 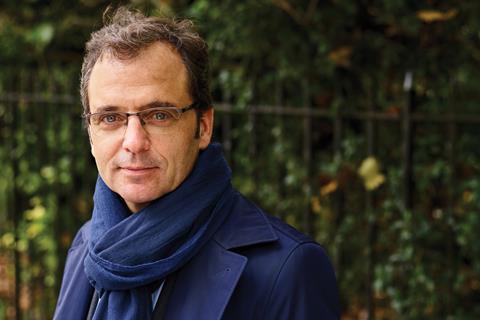 Love in Paris and London

“My contact with my family: this is what I miss the most,” Michel André says. Life in France was spent between Paris and renovating a house in a village called La Puisaye, to the west of the French capital on the way to Normandy. “What I need to find here is the right balance,” he admits.

He exercises three times a week, cycling or running to stay in shape, and says that with two sons, aged 18 and 20, keeping in good physical shape is vital.

André sees his family most weekends, whether in London or nipping across to Paris. His children like coming over to London, he says, adding: “It’s very attractive for the kids. The diversity is great.”

He has been getting to know his new home better, eschewing the traditional tourist traps of London in favour of Unseen Tours – walking tours of London led by homeless people. He went to one at Brick Lane in London’s East End. “The guys know the neighbourhoods inside out. It’s super-interesting. The interaction is great.”

It also launched an initiative this year called Cemex Ventures, which tries to imagine what the construction of tomorrow will look like. But André says the construction industry worldwide still has a reputation as being archaic for a reason. “[It] has many perceptions that are somehow the truth. We need to make our own perception. There are a lot of delays coming in with materials and we need to leverage the new technology to improve the quality of our propositions.”

André replaced previous country president, Spaniard Jesus Gonzalez, who has relocated to Mexico to take up a role at the firm’s headquarters in Monterrey. He doesn’t consider his nationality relevant to his appointment – he’s the first non-Spanish speaker to take the top role in the UK – but nationalism certainly crops up when he discusses Brexit. André thinks a hard Brexit should be avoided at all costs. “If it’s a hard Brexit, populism will increase. If one population feels it is being punished by another, then you end up with extremists.”

He believes the UK’s reputation as a pragmatic nation will win out in the end. But while he thinks the UK remains an attractive place to do business, he does have a warning: “For us as a business we need to make the UK operation shine and grow, and in order to do that you need to attract investment – whether it’s internal or external. Now you have a lot of uncertainty.”

Does he think Brexit will actually happen? André says he sometimes has his doubts, but adds: “I think it will. I think local opinion in the UK would see it [no Brexit] as surrendering to what the EU is asking for.”

Brexit, he says, has bound the rest of Europe closer together. As a businessman he would not want to be attempting to negotiate the UK’s exit from the EU. “There is not one voice from the UK government. There is more of a common vision now within Europe than in the past, so it makes it quite difficult for the UK government. The negotiating position is quite difficult for them.”

When Cemex shuts the door on its Thorpe home a final time next June, André says he will probably end up moving somewhere closer to Euston and nipping on the train to and from Rugby. London is easy to get to for his Paris-based wife, who holds down a job in an investment bank, and their two children. He is a fan of London, although he admits he has not been that familiar with it in the past. Given that Cemex supplied the concrete for the Walkie Talkie, he welcomes seeing modern buildings rubbing shoulders with the capital’s structures from the past. “I do,” he adds, “like diversity.”