Spending Round: Who's for cake?

What will George Osborne portion out to construction in his Spending Round? 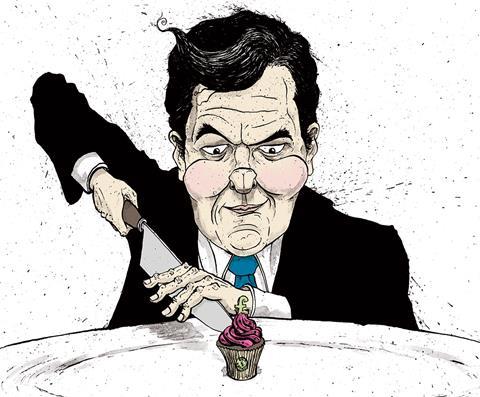 The 2013 Spending Round, due to be unveiled on Wednesday by chancellor George Osborne, is designed to determine how £740bn of government tax revenues already identified in the March Budget for 2015/16 will actually be spent.

There are reasons why this latest political set piece will be particularly important - and most likely they won’t be the ones reflected in the day’s construction headlines, which will probably be centred on progress on one or other eye-catching infrastructure project (the smart money is on the final go-ahead for the £1bn A14 upgrade).

The industry can also ignore press reports about 10% departmental cuts as these affect revenue spending only - not money for construction.

No, the Spending Round is important firstly because while it technically covers a period after the next election, Labour has committed to broadly follow the spending envelope he sets out, meaning it will set a benchmark for whatever government is formed in 2015.

Second, Osborne has also committed to outline a framework for capital spending for the whole of the next parliament. So while the detail will only be present for one year, there may be funding committed for major projects over a much longer period.

So what are the areas where we can expect to hear progress, and what choices does Osborne face in the final frantic few days before the speech?

What the government has already said: “The government will take a long-term approach to capital as part of the 2015-16 Spending Round, setting out plans to 2020-21 for the most economically valuable areas of capital expenditure.

“Capital investment plans will be increased by £3bn a year from 2015-16, funded through reductions in current spending. This will mean £18bn additional capital spending over the next parliament.”

Expected outcome: Capital spending fell dramatically at the start of this parliament in 2010, from £68bn in the last year of the Labour government, but it has been rising steadily ever since. It fell to around £40bn by 2012/13, but will recover to just over £50bn by 2015/16.

In advance of the Spending Round the Treasury has been undertaking a long-term review of capital expenditure, which will be boosted from 2015/16 onwards by the extra £3bn a year promised in the Budget, drawn from savings in revenue spending.

The Treasury will not be drawn on how far Osborne will go in setting out spending priorities for the period beyond 2015/16. Alasdair Reisner, director of external affairs at the Civil Engineering Contractors Association (CECA), says the government is expected to set out indicative departmental capital budgets for the whole of the next parliament. “I don’t think they’ll identify all the projects which will get funding, but indicative budgets will allow you to have a proper road and school building programme, and set up long-term framework agreements to drive efficiencies.”

While all the individual projects to receive funding will not be identified, it is expected that Osborne will say something about a number of key projects, such as the Mersey Gateway, HS2 and the A14 upgrade, as well as report on progress of policy measures designed to help the funding of infrastructure projects, such as the UK Guarantees scheme and the Pensions Infrastructure Platform.

Funding for Transport for London, which for historical reasons comes under the Greater London Authority’s revenue budget, is expected to be cut sharply, and a further consultation on funding for upgrading the UK’s trunk road network is likely to be issued, possibly in the form of a Green Paper.

Key decisions: Osborne will have to make big decisions on where government investment will go: into defence equipment, IT systems or construction; and if into construction, whether it is social housing, schools, roads, prisons, railways or hospitals.

He will have to decide whether to bite the political bullet over introducing road pricing to pay for investment in highways, seen as difficult just two years before the next election.

He must also choose whether to extend the UK Guarantees programme, so far used on just two schemes, and currently set to come to an end in July.

What the government has already said: “Certainty is important to help landlords plan future housing development, providing affordable housing and boosting the construction sector. At the 2015-16 Spending Round the government will therefore set out a social rental policy that gives social landlords certainty until 2025.”

Expected outcome: The Treasury confirmed this week that the chancellor still intends to set out a long-term vision for funding the construction of social housing in the Spending Round, with the government having ripped up the previous system in the 2010 Comprehensive Spending Review (CSR) in a bid to get more bang for its buck.

However, informed sources do not expect the chancellor’s announcement to include the detail that social landlords require to allow them to start planning their development programmes beyond 2015.

The chancellor will also want to demonstrate progress on his existing programmes to get housing built on surplus government land, and to encourage investment in the private rented sector.

Key decisions: While previous housing minister Grant Shapps pledged there would be some government funding for affordable housing available in any new system, it is widely expected that funding will again be drastically reduced. It was effectively cut by 63% in the 2010 CSR, to £4.5bn over four years. However, social landlords have complained that even this level of funding places an unsustainable reliance on the balance sheets of housing associations for the production of new homes, and further cuts could make this position worse. The National Housing Federation last week called for grant rates to rise, with £2bn invested per year.

However, Osborne’s announcement in March of £3bn of funding for a revamped FirstBuy scheme, which the government has been allowed to treat as “off-balance sheet”, has raised the prospect of similar equity investment being used in the social housing sector. If he chooses to pursue this, it could potentially allow the government to boost subsidy without burdening public sector borrowing, but it may be difficult for housing associations to implement.

How and how much funding goes into new affordable housing is Osborne’s key call, with some speculation he may end new social housing as we know it. He also has to decide whether or not receipts generated through the sale of public land, largely by the Homes and Communities Agency and thought to be worth in the region of £1bn over the life of the next parliament, are to be ring-fenced for housing or redistributed to Local Economic Partnerships (see right) or to government more widely.

What the government has already said: “The government will create a single local growth fund of growth-related spending, which will be operational by April 2015. Funding will be allocated to Local Enterprise Partnerships on the basis of multi-year strategic plans.

“Of [Heseltine’s] 89 recommendations, 81 have been accepted either in full or in part … and three will be considered as part of the Spending Round later this year.”

Expected outcome: While the government has accepted in principle the findings of Heseltine’s review into local economic growth, all eyes are focused on the practical implementation of its key recommendation: the creation of a single funding pot, administered by Local Economic Partnerships (LEP) to direct over £12bn of annual funding according to local economic priorities.

Heseltine’s vision including passing responsibility for prioritising spending to LEPs, for everything from private and affordable housing to flood defences and the Green Deal. Osborne, however, is thought highly unlikely to sign away central government control of this amount of funding. One source close to the process said the most likely final figure for annual spending to be given to the LEPs was £700m, and that it would not include major capital budgets.

Key decisions: Major spending departments have, unsurprisingly, been fighting a rearguard action against Heseltine’s proposals, and Osborne will have to decide to what extent he believes in Heseltine’s prescription. However, even if major programmes do not get put in the hands of LEPs, small portions of cash, such as the capital receipts from public land sales in their areas, could have a significant impact on local regeneration programmes if they are given to LEPs. 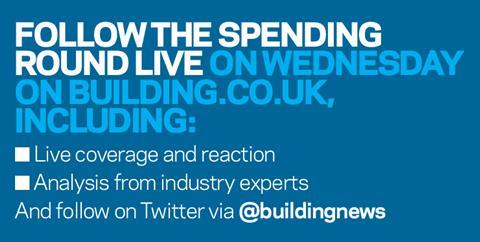 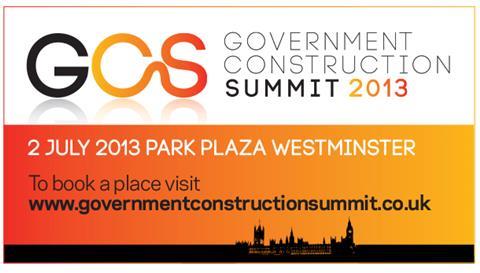