9
Sprinklers: In the line of fire
Focus

Sprinklers: In the line of fire 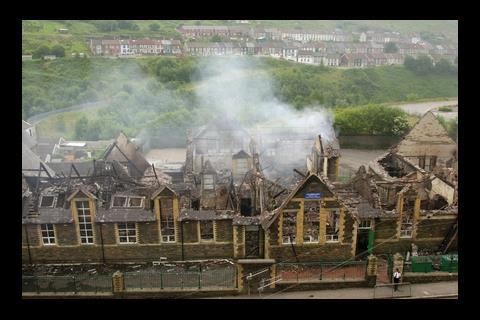 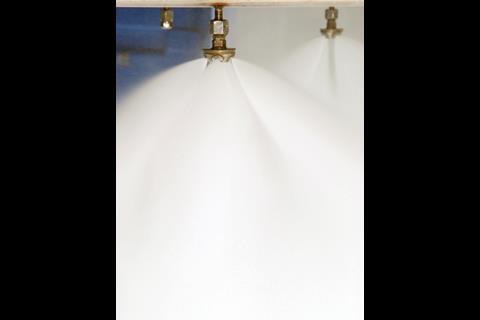 Regulations - The government wants all new and refurbished schools to include sprinkler systems. But is this enough to combat the widespread problem of school arson? Stephen Kennett reports

Figures released last week by insurer Zurich Municipal show that school fires in the UK cost about £57m last year. This is a sobering figure, yet it is actually a £21m fall on 2006, and the lowest for eight years.

Zurich cites last summer’s wet weather as a factor in this drop, with fires less able to take hold. However, Larry Stokes, underwriting manager at the insurer, expects these figures to continue to drop in coming years, his reasoning is based on the announcement made by schools minister Jim Knight six months ago that all new and refurbished schools would be fitted with sprinklers.

“The government’s guidance is a massive step forward,” says Stokes. “However, the threat still exists because many schools under construction before the announcement will not have sprinklers designed in, and those that can demonstrate they have a low fire risk may be excluded from the policy.”

So does this mean that designers now have to install sprinklers, regardless of the other measures taken? Schools’ exemption from the Building Regulations ended in 2001, since when design guidance has been provided by Approved Document B. However, since September 2007 the approved document no longer applies to schools and although they still need to comply with the regulations, design guidance has been provided by Building Bulletin 100 – Design for Fire Safety in Schools, published by the Department for Children, Schools and Families.

BB 100 includes a package of design measures to cut the risk of fire, including better detection, better alarms, more effective means of escape, the selection of robust materials and fire suppression. It also includes two design aids to help teams assess the level of risk – an assessment tool that determines if a school is a high, medium or low risk and a cost analysis tool to establish the benefits that sprinklers would bring.

According to Stephen Mackenzie, head of Buro Happold’s fire safety and risk management division, the tools tend to favour the inclusion of sprinklers. “It’s very rare that a building is classified as low risk, which would preclude the installation of sprinklers.”

But are sprinklers the answer?

The main issue with sprinklers is one of cost. The use of BB 100, for example, can lead to a design impasse. “It can mean increased project costs and delays while we go through the methodology and rationale that underpins BB 100,” says Mackenzie.

Also, the fact that sprinklers are not a statutory requirement for schools can cause funding difficulties. Costs vary between buildings, but are typically in the £250,000-300,000 range, and impose the added burden of housing water storage tanks.

Based on two recent projects contractor Willmott Dixon estimates a sprinkler system adds about £35/m2 to the overall build costs based upon a tank-fed installation. “This can cause problems in meeting clients’ budgets,” says the firm’s Ian Clarke.

From a design and construction point of view a sprinkler installation brings with it additional co-ordination requirements, both at the design stage and also co-ordinating an additional subcontractor during the installation.

It’s very rare that a building is classified as low risk, which would preclude the installation of sprinklers

The problem of finding space for the cold water storage tank and associated booster pump can be offset by fully or partially feeding the sprinkler installation through the mains, but this is dependent on the available mains water supplies in the area and requires a guaranteed supply to satisfy insurers. “This can all have implications on programme owing to time constraints in waiting for approvals and access requirements needed within the building, along with the need for a third party to carry out the additional installation,” says Clarke.

Steve Cooper, director of fire engineering at consulting engineer Cundall, says the fact that sprinklers are not required by the Building Regulations seems to have been missed by some people. “We’ve worked on a number of schemes recently and we’re finding that some school trusts are deciding to put sprinklers in as they think they should and are ignoring the issue of cost,” he says.

Cooper takes the view that designers and clients need to look at the issue of risk and the profile of the school. “A school in the inner city might have a different risk profile to one in a rural area and BB 100 doesn’t necessarily recognise that,” he says.

There are plenty of options to design out risk at the early stages, such as making sure schools have well-defined perimeters, do not have recessed doorways and overhanging eaves and are not close to rubbish areas. Mackenzie says it would be useful if future revisions of BB 100 and the design tools could quantify passive fire protection measures.

The worst option, according to Cooper, is to install sprinklers and ignore other safety and security measures. “Sprinklers won’t do the same job as prevention,” he says.

That said, an ideal-world solution would have sprinklers made a statutory provision and funding made available. The advantages of sprinklers should not be ignored.

Although the insurance industry does not have a total consensus, premiums are often lower – Zurich says they are usually in the region of 20%. This means that the payback period is typically around the seven-year mark, making them appealing to PFI contractors.

Another benefit of sprinklers is that they can increase design freedom in terms of escape distances and compartment sizes required.

Mackenzie concludes: “Of course, sprinklers do have an important role to play in the design of fire safety as a reactive measure to the problems of arson. But ultimately our message to the community is that they should be considered within a holistic fire strategy, taking into consideration a wider range of issues and preventative measures.”

Sprinklers: how and when they work

Sprinklers are designed to provide immediate fire defence to protect lives and minimise material losses. The most common type is the wet pipe system where the pipework connected to the sprinkler head is constantly charged with water. When the sprinkler head detects heat – normally they are selected to operate at 30ÞC above the highest anticipated ambient temperature in the space – it activates and automatically releases a spray of water onto the fire.

Statistics recorded over a 10-year period show that when a fire occurs in a sprinkler-protected property 99% are controlled by the sprinklers alone, with around two-thirds controlled by four sprinkler heads or fewer. As a result the water volumes used – and the water damage caused – are significantly less compared with incidents that require the attention of the fire brigade.

One of the biggest concerns with sprinklers is the fear that they will be activated by accident, however according to the Loss Prevention Council the chances of this happening are one in 500,000 for every year of service.