So how’s it looking for construction more than two months after the nation voted for Brexit? Building’s survey of 500 construction professionals suggests that commercial, residential and infrastructure will be the worst hit sectors … but that it’s not all bad news. Yoosof Farah reports

It was the vote that shook Britain. And the first shockwaves hit construction hard as shares fell, crisis meetings were convened in boardrooms, and projects were put on hold.

Two months on from the EU referendum though, the predicted doom and gloom hasn’t quite happened. A few big projects have been placed on hold, but largely, it’s been business as usual.

So far, contractors are putting on a brave face, insisting the Brexit vote has barely had an impact on them. Interserve chief executive Adrian Ringrose and Morgan Sindall’s boss John Morgan both told Building last month the referendum hasn’t done them any harm. In fact, Morgan pointed out his firm’s fit-out arm picked up £150m worth of new orders in July.

But as results from a Building survey of over 500 construction professionals show, many in the industry think darkness is just around the corner. The exclusive Building research revealed that over 72% of respondents believe Brexit will have a negative impact on the construction industry in the short term, with just under 50% saying they have already seen projects abandoned or put on hold due to the referendum result.

The £400m 40 Leadenhall scheme – dubbed Gotham City – and 22 Bishopsgate are two high-profile Square Mile projects bitten by the Brexit bug and put on hold, as investors get jittery about the prolonged period of uncertainty.

The lead investor behind the 62-storey 22 Bishopsgate tower project in the City of London, Axa, has asked its fellow investors whether they want to proceed with construction after the Brexit vote. And TH Real Estate, the developer behind the Make-designed 40 Leadenhall office scheme, has said it needs to pre-let some of the scheme to begin work.

Nervousness in the market

Building’s survey results show that 68% of those in the industry believe commercial will be hit the most in the short term, while 50% believe the commercial sector will also struggle in the long term post Brexit. This is a view echoed by Mark Farmer, founding director of consultant Cast. While the “real economy” is holding up after the Brexit vote, Farmer says the general nervousness in the sentiment-led commercial sector means clients are holding off on new schemes.

He says: “The days of the big institutional lettings could be over […] I haven’t heard of any big office schemes being committed to since the vote. Unless there’s some kind of windfall pre-letting deal where someone bucks the trends, I can’t see any new speculative office developments happening.”

Unless there’s some kind of windfall pre-letting deal where someone bucks the trends, I can’t see any new speculative office developments happening

Around 50% of Building’s survey respondents said they have seen one or more projects at least put on ice since the Brexit vote. A director at a structural engineer, who declined to be named, says it is the uncertainty that is leading investors to freeze projects. He says: “The worry is you can’t predict demand. You can’t agree or get certainty on price, so everybody is holding.”

But for consultant Buro Four, Brexit has – remarkably – brought something of an opportunity in the commercial sector. Richard Young, a director at Buro Four, says: “We’ve had one of the busiest Augusts we’ve ever had. I think there’s been a bit of pent up demand.”

By way of explanation, he adds: “There has been a drop in site values, but if anything that’s made things more affordable. There’s still people buying things. There’s people investing in things now that they wouldn’t have a few months ago as it was more expensive. It’s not boom time, but it’s not doom and gloom either.”

So the picture remains mixed. Construction is back in recession but latest figures show unemployment is down while retail sales were up in July. And the closely watched Markit/CIPS survey has been a good bellwether of how things have been recently, mirroring people’s worries. In July, the construction purchasing managers’ index tanked to its lowest level, 45.9, for seven years. The following month it recovered to 49.2 – although this was still below the magic 50 figure, where above or below this indicates growth or contraction.

Good news for sure but Tim Moore, senior economist at Markit, warned: “The latest survey indicates only a partial move towards stabilisation, rather than a return to business as usual across the construction sector.

The latest Markit/CIPs report for the services industry, such as financial services and hotels and restaurants, also rebounded – strongly it turns out – with the largest month-on-month rise in the survey’s history rising from 47.4 in July to 52.9 in August.

While 68% of Building's survey respondents believe commercial will take a hit, 32% don’t believe there will be a major impact. And in fact, for some in the industry the drop in property values means there are opportunities to be had.

When it comes to the office sector, the director at the structural engineer adds: “There’s still a lot of interest out there. When values get taken off shares, there’s a lot of excitement in the market. Prices drop and there’s deals to be made.”

Commercial is not the only sector likely to be hit: around 50% of Building’s survey respondents think residential will also be negatively impacted in the short term. Most in the industry agree the domestic market will be unaffected longer term due to the chronic undersupply of homes. But it’s the investor-led market with prime London developments like Battersea, Docklands and Nine Elms which many believe could be under threat. Indeed Farmer thinks the days of Asian investors buying 90% of homes off-plan in such schemes are over post-Brexit. Developers will need to change their tune if they are to sell enough homes. He says: “They’ll have to concentrate on domestic demand, but there will have to be a price correction because those inflated prices are generally unaffordable for the domestic customer.”

Which way did you vote in the EU referendum?

Do you think the Brexit vote will have a positive or negative impact in the short term on the UK construction industry?

Do you think the Brexit vote will have a positive or negative impact in the long term on the UK construction industry?

Have you seen any projects put on hold or abandoned due to the Brexit vote?

Which areas of construction do you feel will be negatively affected by the Brexit vote in the short term?


Which areas of construction do you feel will be negatively affected by the Brexit vote in the long term?

Closely following the commercial and residential sectors in peoples’ Brexit fears is infrastructure, as the referendum result also brings a threat to some multibillion-pound infrastructure projects.

There’s not a huge drop-off right now, but with this whole Brexit approach it’s easy to hold off now for projects five or 10 years down the line

Figures from Barbour ABI show infrastructure spending nosedived in the first full month after the referendum, as the value of infrastructure contracts in July dropped by 20% to £1.5bn.

But Paul Dyson, head of programme advisory at consultant Hill International, says the big worry is not high-profile projects in the current pipeline, like HS2, Hinkley Point C and runway expansion, but ones further down the line like Crossrail 2.

“It’s the next pipeline that’s the worry,” he says. “There’s not a huge drop-off right now, but with this whole Brexit approach it’s easy to hold off now for projects five or 10 years down the line. It could be Crossrail 2, it could be roads, wind farms, anything that requires long-term investment.”

So recent quotes from National Audit Office chief Sir Amyas Morse, about the impact of Brexit on infrastructure, will probably not sit well with construction firms pinning their hopes on the next batch of billion-pound projects.

In his keynote speech at the Institute for Government in July, Morse said: “If we are over-committed, we need to lighten the load – and that means stopping doing things. This can be done by not adding [infrastructure] projects, or by cancelling existing ones.”

Such words won’t go down well with those in the industry such as Hill International’s Dyson, who warns a drop in the post-Brexit pipeline could take construction back to the “boom and bust” years. He says: “If you have a drop-off [in projects coming to market], there will be a big gap [in work]. It’s boom and bust. When you stop projects and start again, it’s going to cost more to get them up and running again, because when you need it, the whole supply industry has to gear up again and gearing up costs a lot of money.”

Certainly there are fears over future commercial office development, big residential schemes in the prime London property market, and over the future infrastructure pipeline. But while Building’s survey results show 72% believe Brexit will have a negative impact on the industry, only 42% think it will hit construction hard in the long term with 33% seeing Brexit as a positive down the line.

Set against the world ending after the UK voted to leave the EU – George Osborne’s Brexit budget, dubbed a “punishment budget” by some, was the nadir of the Remain campaign – things, clearly, aren’t so far as bad as were being predicted. But there remains much uncertainty and it’s probably fair to say we haven’t even entered the woods, let alone come out of them. 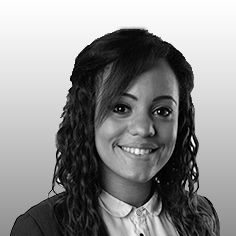 Clients and their procurement advisers should avoid merely speculating and prepare as best they can for the changing market. Here's how to manage Brexit uncertainty: 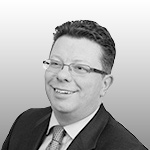 There are three interconnected themes in terms of what Brexit could mean for construction and development in the United Kingdom.

Over the coming weeks, Building will be running a State of Play series examining how the key markets and topics for construction have been affected so far by three months of political and economic upheaval.

With the UK’s shock vote to leave the EU, a new prime minister, and an opposition leadership election under way, the context against which firms will be delivering the UK’s built environment needs is undergoing significant change. We will be assessing the new opportunities and challenges for construction and its ability to deliver the UK’s future built environment; including housing, London and regional development, wellbeing, and industry productivity.

These snapshots will form the starting point for discussion at our Building Live conference in November, where the issues will be debated in depth by a series of expert panellists and speakers.