John Rowan & Partners emerged from the nineties’ recession with just five staff. This time around, it has already returned to growth, with a 25-year plan to employ 750 people worldwide. We spoke to managing partner Stephen Gee 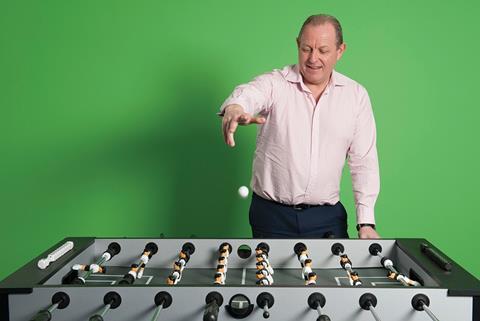 In the league table of recessions, the 2008 slump has to be up there with the worst. Indeed, many commentators have compared the financial trauma from which we are still emerging with the Great Depression that followed the US stock market crash of 1929. However, no recession has yet led to a total cessation of business and some companies are more equal than others when it comes to managing global decline.

This is a concept with which Stephen Gee at John Rowan & Partners is all too familiar. Gee knows something of recessions. The now managing partner of JRP had been with the then-nascent company for a little over five years when the early nineties downturn struck. While, at a macro-economic level, the recession of 1991-92 was minor compared with the financial tsunami that struck in 2008, it was sufficient to nearly bankrupt a young consultancy.

“We’d got to the point where there were about 12 of us in the team and we shrank back down to around five in 1992,” says Gee. “Luckily at that point I didn’t have children or anything because we would go for months without paying ourselves. We famously sacked our cleaners and cleaned our own toilets. However, we did get through.”

The company did indeed survive the nineties and continued to grow throughout the noughties, building up to a staff of about 95 and revenue of about £6.5m before the 2008 crash, as well a strong reputation as a QS on housing projects, mainly in the South-east. However, a quite different tragedy befell the company before the collapse of the banks. In 2004, founder John Rowan was diagnosed with a brain tumour and was operated on during the Christmas of that year. Remembering that period is obviously painful for Gee, who had worked closely with Rowan since joining the then tiny firm in 1985.

“John officially retired in April 2006, but he hadn’t played an active role in the business since his operation,” says Gee. “He was in remission and had made a recovery, but he wasn’t the same bright John.” In the summer of 2006, Rowan suffered a massive brain haemorrhage and died. “It was very sad and a shock for the whole business,” says Gee.

Rowan’s death could in other hands have led to a rebranding, particularly now that almost seven years have passed. However, Gee says: “We’ve had talks at various points, and it does get shortened to JRP,” he says. “But I think that there is quite a determination now that it should carry on with his name.”

The recession that followed Rowan’s death has obviously affected the company like any other. However, it has not been nearly as difficult as the earlier downturn. JRP’s headcount went down to about 75-80, says Gee, and revenue fell to £5.8m at the lowest point. But the recession was slow to arrive at JRP and the firm returned to growth relatively quickly.

The company had a significant roster of public sector clients, which enabled it to maintain its order book from the start of the downturn until the coalition came to power in 2010. Things did then get more difficult, but Gee insists that the chins-on-chests period lasted no more than 18 months. During that period salaries were cut, but targets were set, which once hit restored them to their previous levels. Now the company has returned to growth, with a turnover of £7.2m at year end in October last year - its highest ever - and a staff count of 105.

That growth has come from a variety of sources, including JRP’s continuing role as independent certifier on the athletes village development in the Olympic park. Through former colleagues, the firm is also doing a significant amount of work on rebuilding Christchurch in New Zealand following the 2010 earthquake. 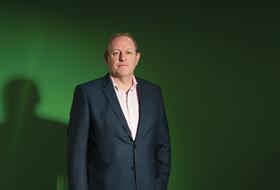 One major area of new business has come through what Gee calls JRP’s “building forensics” services. This involves a root-and-branch review of the maintenance costs associated with a major property holder’s stock in an attempt to identify shoddy work or ineffective materials. The idea is that a housing association, for instance, can then insist that contractors come back and fix the issues at no further cost. “It’s a win-win for these organisations - they’re cutting down on their maintenance costs and improving the quality of their homes,” says Gee. “We’re going great guns trying to get in front of as many people as possible before the rest of the market catches up.”

Bizarre as it might seem given the current state of the job market in construction, Gee says JRP has actually had some trouble recruiting since the firm started growing again (it has taken on about 30 people in the last 18 months). Finding bright young graduates hasn’t been a problem, he says, but attracting talent for more senior positions has been more problematic.

That is all the more surprising when one considers that JRP’s reputation as an employer is pretty robust. The firm was named as the best company to work for in Building’s guide to top employers in 2012 and is among the Sunday Times’ listing of the 100 best small firms to work for this year. “We’re not the John Lewis of surveying or anything, but that’s the sort of company we admire in terms of treating employees differently,” says Gee. “We’re consultants and we don’t make anything. Our only asset is our people.”

Gee insists that the recruitment problem is genuine. “People can see that we should be good to work for and in pre-recession days that was always enough to attract good people,” he says. “But it doesn’t seem to have the same effect in the current market. It’s almost like if you’ve survived the recession and you’ve still got a job, you don’t want to jump ship to somewhere you don’t know.”

But if Gee’s plans for JRP come to fruition, recruitment should get easier. Two years ago, Gee and his fellow partners set about writing a plan for where they wanted the firm to be in 25 years’ time. It is short on figures - although it does state that the aim is to employ some 750 people around the world by 2036 - but it is big on aspiration and places a premium on keeping the company’s culture no matter how big it gets.

A clue as to what that culture is can be found in the breakout space in JRP’s office, where a football table takes centre stage. “You could go in there in the middle of the afternoon and find people having a game,” says Gee. “If you go home early one night and work late another that’s fine as long as you meet your deadlines. Trusting and empowering people means they do better work.”

However, maintaining JRP’s culture also places constraints on how rapidly the business can grow – something that the company’s 25-year plan recognises. “The plan doesn’t place a cap on how big we might become, but it does say that we’ll do it by organic growth,” says Gee. “It specifically excludes big mergers because we want to protect our values and our culture. If we tried to merge with a company of 100 people and doubled in size overnight, how could we ensure our culture fed through into that other organisation? It would be too much of a challenge.”