Stuck in the middle: it’s a hard life for medium-sized contractors 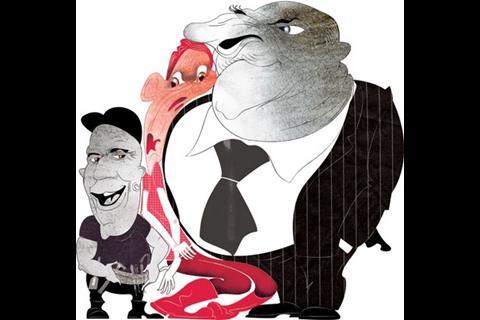 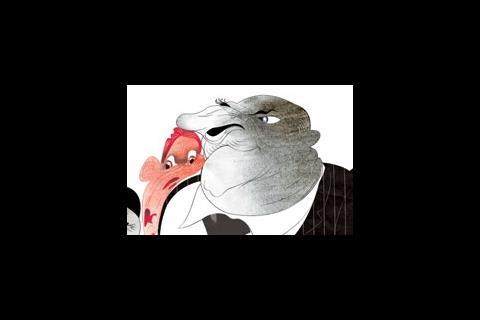 When you’re too big to be small, and too small to be big, life can be very inconvenient – as Britain’s medium-sized contractors are finding out. Roxane McMeeken reports on their predicament

Meanwhile, Verry Construction, a £100m-turnover firm that had weathered many a downturn, recession and slump in its 177 years, went bust in April. The position of other mid-sized contractors may not look as bad as this, but their balance sheets are less then ideal. Higgins Group, for example, made a pre-tax profit of only £641,000 for the year to July 2008 on turnover of £271.7m. Although these figures tell us how the firms were doing some months ago, they are a decent indication of the pressures of life in the awkward middle bracket.

These firms are like the proverbial middle child. They are neither the biggest and strongest of the offspring, nor the young scamp who gets away with murder. Defined by analysts as those with a turnover between £100m and £400m, medium-sized contractors have neither the unassailable might of the £1bn-plus beasts, nor the specialist skills and low cost base that can give small builders their competitive edge.

Here we look at how the recession has exposed the weakness of their positions – and how they can best survive.

Kevin Cammack, an analyst at Cenkos, says: “The facets of the industry are conspiring against medium-sized contractors at the moment.” The reason is that large contractors have started foraging for the sub-£30m jobs that would have previously been the exclusive preserve of medium-sized firms. But if mid-sized firms traded down in a similar way, they would, Cammack says, “practically be in man-with-a-van territory, where it is difficult to make decent margins because they’ve got the overheads of bigger businesses”.

Neither can medium-sized firms easily bid for larger projects. They are generally strong in a particular region, and so struggle to get onto many government frameworks, which usually require larger turnovers and national coverage. Cammack says: “This is bad news for them, as frameworks are the one area where there is a degree of protection on fees and profit margins, and you are guaranteed – or close to guaranteed – to get paid.”

If mid-sized firms trade down, they'd practically be in man-with-a-van territory, where their overheads would be too big to make decent money

They also miss out on lots of private sector frameworks used by clients such as Tesco, BAA and Grosvenor. This is another blow, as big clients like these tend to have money to spend, regardless of a recession.

Some mid-sized contractors manage to get around the framework problem by subcontracting work from larger contractors. GB Building Solutions (formerly Gleeson Building) used this route to make a pre-tax profit of £718,000 on a £207m turnover for the year to June 2008.

The firm, which has offices in Surrey, Northampton, Tamworth, Wakefield, Manchester and Newcastle, is run by chairman and chief executive Martin Smout. He says: “We work with a number of main contractors that need our regional knowledge and close links with local supply chains. We help them work regionally and they help us get a slice of their big contracts.”

But not all medium-sized contractors are able to pick up framework jobs by proxy, especially if they operate in areas where the large firms are well established. Cammack says: “People working in one broad region where the big boys are have it tough because they’re up against major contractors. Ideally you want a longstanding reputation in somewhere relatively remote, like Wales. This means even if the market drops in the area you should still get some work.”

Unfortunately, medium-sized firms that have specialised in a single sector can also find themselves in dire straits. Styles & Wood, for example, are in the now moribund retail fit-out market. In February, Ivan McKeever, its chief executive, announced it would move into the public sector, where it had won its first contract, and to the Middle East.

But Nigel Shilton, an analyst at Deloitte, is sceptical about the benefits of moving overseas. “It can be risky for a medium-sized firm to go into new territory. It takes months to set up. You’ve got to deal with different laws and ways of working, you’ve got currency risk and you have to find a new supply chain.”

Access to the capital markets is more difficult for mid-sized firms. Insurers and lenders either won’t help or they’ll charge over the odds

The grisly fate of Panceltica backs this up. The alternative investment market-listed contractor had a turnover of £87m and was just pushing into the mid-sized category. It also and had contracts lined up that would increase this significantly. However, it got burned by a foray into Qatar, where a dispute over a contract in Doha left it with a £40m loss in 2008. It now faces being taken over by its sole client, Qatari developer Barwa.

Furthermore, medium-sized contractors that have not been paid find it difficult to get loans to tide them over. “Access to the capital markets is more difficult for mid-sized firms,” says Shilton. “Insurers and lenders either won’t help or they’ll charge over the odds.

Compounding this, if a mid-sized contractor takes a knock and then cannot pay a subcontractor, the subcontractor could go under, which would cause costly delays. Andrew Osborne, deputy chairman of Osborne, which had a turnover of £251.3m for the year to March 2007 and profit of £4.5m, says: “The severity of the damage depends on the type of work they were doing – the more complex, the more of a problem it is – and the stage that the job is at.” For example, an M&E contractor that went bust two-thirds of the way through a job would be difficult to replace, as would structural or envelope specialists, particularly if they were using specially fabricated imported materials.

So what will happen to mid-sized firms? Analysts agree that their capacity will stay in the market but there will be consolidation among them.

They are not attractive acquisitions for larger firms, unless they have specialist skills. Big firms would rather wait until medium-sized rivals go into administration before picking them clean. One analyst says of Verry Construction, which went into administration recently: “It had a whole list of buyers – the likes of Bouygues were after them – but these guys wait until they are in administration to buy them, or the bits they want. There is nothing more profitable then taking over a job half-way through, as the contractor will pay next nothing to win it, has minimal risk and can then ask for a higher fee.”

Having said all that, the mid-sized do not necessarily face an entirely bleak outlook. Osborne says they do retain some of the advantages of smaller firms. For example, clients find them “less threatening” and find that senior managers are more accessible.” Shilton argues they can adapt quickly. “They are more agile on their feet, so they can react to the market a lot quicker than some of the larger firms, identifying new opportunities and services.” Renew, for example, is moving in fast on the the nuclear market (see below left). So there is certainly hope for the canny. Our tips on recession survival should help too...

Who's in the frame?