Survival of the fittest

The new Energy Act will make it unlawful for landlords to let inefficient buildings by 2018. Andrew Brister looks at how the property industry is responding and how the M&E sector can come to its aid 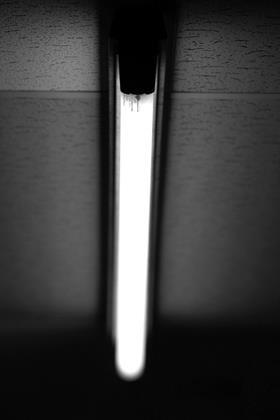 Just a few, as yet unclarified, sentences in a new piece of legislation are causing major waves throughout the property sector. The legislation is the Energy Act 2011, and the clauses in question grant powers to the government that will make it unlawful to let certain buildings by 2018.

All commercial buildings are now required to have an energy performance certificate (EPC) carried out by a qualified assessor when they are sold or leased. The EPC gives the building a rating of between A and G based on the energy efficiency of the building. The changes being brought in under the Energy Act mean that landlords with the least energy-efficient buildings, those with the ratings of F or G, will not be able to re-let those buildings beyond 1 April 2018.

Figures from the Department of Energy and Climate Change suggest that 18% of all commercial buildings in the UK would be affected by the legislation. No wonder the industry is calling for clarification. “There are a lot of briefings taking place but there is not much to go on at the moment,” says Patrick Brown, assistant director, sustainability and construction, at the British Property Federation. “The government is not bound to make the threshold F and G rated buildings - it could be more draconian than that or it could be more lenient.”

It is more than just the cut-off point that is focusing the minds of the property sector while it awaits detail on the government’s intentions. “For example, will the legislation apply to all buildings from 1 April 2018, only new transactions from that date or only new transactions that involve a change of occupancy?” asks Brown. The government also needs to consider the fact that many buildings are let on a shell-and-core basis and subsequently fitted out by a tenant. And an EPC rating achieved today may not be the same in 2018 because the rating mechanism is linked to Part L of the Building Regulations, which is to tighten in 2013.

With average lease lengths of 5.3 years in the commercial sector, the industry is already negotiating lets that will run through to 2018. The detail is needed now. Land Securities, the UK’s largest commercial property company, is not waiting and has set itself a target to bring its portfolio into line one year before the expected legislation kicks in. “Whatever happens with this particular legislation, this is a clear signpost as to where the government is headed,” says Neil Pennell, head of engineering and sustainability at Land Securities. “We want to be ahead of the game so that our properties are the ones that people choose first.”

British Land is another that is busy greening its estate. “We actively monitor and manage the energy consumption across our portfolio,” says Justin Snoxall, head of the business group at British Land. “In the last three years, we’ve achieved a 27% reduction in like-for-like landlord-influenced energy consumption. And that’s been entirely done through better management and investment in initiatives with no more than a three-year payback.” 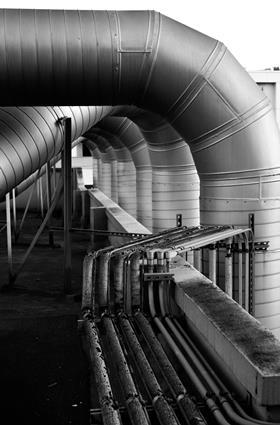 So how tough will the new target be to achieve? “The business community will have moved far beyond this rather unambitious legislative goalpost by then,” says David Frise, head of sustainability at the Building & Engineering Services Association (B&ES). “Many tenants are already refusing to take on a building if it does not have an acceptable rating - and in the future we will see rents reflecting the increased value of energy-efficient buildings.”

The M&E sector has a major role to play (see “Quick wins”, right) in helping clients achieve these more valuable buildings by closing the gap between the forecast performance captured in EPCs and the actual operational results recorded in display energy certificates, which are being rolled out to more buildings as a result of changes to the European Energy Performance of Buildings Directive.

The government will be hoping that landlords make use of funding from the Green Deal to pay for the necessary upgrades. Indeed, there may be a conditional link between the Green Deal and the Energy Act. “It is likely that if a landlord has done everything that they can under the Green Deal, and that still doesn’t let them put their toe over the line between F and E, then they won’t have to do any more,” says Brown. Another get-out clause being mooted is that, should any improvement be likely to have a detrimental effect on the overall value of the property, then you don’t have to undertake it.

So while many wait for the detail of the legislation, others press ahead. One thing for certain is that things will not remain the same. “If it [the act] works with the grain of commercial relationships between landlord and tenant, it could be a game changer,” says Brown. “If not, it runs the risk of being potentially damaging.”

Massive savings can be achieved across M&E systems by looking at the control strategies, set-points and maintenance regimes. Unfortunately, such management issues may save energy and running costs but will not raise the EPC rating of the building. For that, you have to improve the assets.

1. Look at the lighting

“Lighting is an area that should be looked at early,” says the B&ES’ David Frise. “Is it controlled? Why is so much lighting left on during daylight hours - can more be made of natural resources. LED technology should be an option explored at an early stage. This can cut energy use for lighting by over 75% in many applications.”

Paybacks for the latest efficient lighting and controls systems can be under three years. “For an investment of just over £7,000 an insurance office replaced 170 fluorescent and tungsten based lamps with LED alternatives, saving them nearly £3,000 annually, giving them a payback in under two-and-a-half years,” says Geoff Smyth, head of technology and delivery at the Carbon Trust.

The end of the lease cycle is the perfect time to upgrade a building’s central heating and cooling plant before it is re-let. Conventional gas-fired boilers should be replaced by the modern, condensing type. “A software company replaced their aging oil-fired boiler with a modern, substantially more efficient one and upgraded heating systems controls at a cost of £37,000,” says Smyth. “Annual energy cost savings of over £11,000 provided a payback in under three-and-a-half years.” Also, examine whether air conditioning can be designed out altogether by the use of solar shading and natural ventilation.

Building managers should look at the building fabric to see if improving insulation, draught proofing and glazing is cost-effective. “These measures have an immediate impact on energy demand by reducing losses through the walls and windows, thereby allowing the internal conditions to remain fairly constant without the need for mechanical intervention,” says Frise.

However, improving the fabric creates a more airtight building with less opportunity for heat to escape, so may increase the need for ventilation. Many refurbished buildings are now adopting mechanical ventilation systems with heat recovery. These systems capture and reuse heat that would otherwise be expelled from the building and this recovered energy offsets the carbon impact of the electricity needed to power the fans.

4. Is renewable energy an option?

“Renewable and low-energy technologies should only be considered once the quick fix solutions have been implemented so they can be selected for the demand of an efficient building rather than for an inefficient one,” says Frain.

PV panels, solar hot water and ground- and air-source heat pumps will all offer paybacks of under 10 years. Each will be site-specific and need careful analysis as to suitability, as is the case with biomass boilers and wind turbines. Incentives are available under the government’s feed-in tariff, Renewable Heat Incentive and Enhanced Capital Allowance schemes.