The A-G of energy certificates 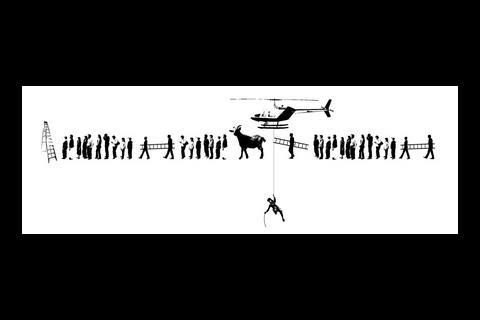 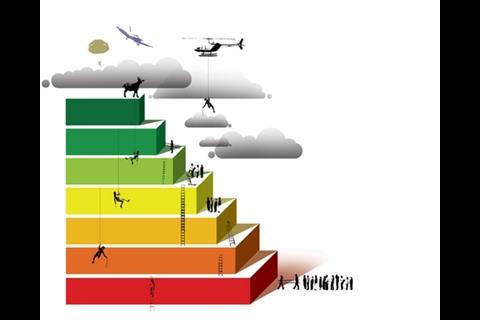 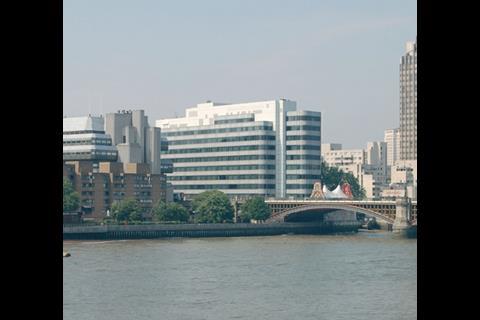 The government’s dithering over energy labelling has made understanding how it works seem like an arduous ascent. With just seven weeks until its introduction for non-housing, Thomas Lane helps you begin the climb

There are just seven weeks to go until energy performance certificates are introduced for non-housing, and already people fear disaster. This is hardly surprising, given the certificates’ leading role in the home information packs (Hips) farce. They were heralded as an integral part of Hips, giving prospective owners a clear idea of the energy efficiency of their purchase based on a simple A-G rating. The idea was to make energy performance part of the value and saleability of a property. The only snag was that, when it came to the crunch, the communities department had less than a quarter of the inspectors it needed.

The bad news is that rating homes is comparatively simple compared with tackling all the buildings that fall under the vague category of “non-housing”. It can include buildings of wildly different shapes, sizes, functions and degrees of complexity, and these factors could have a major effect on the cost, accuracy and consistency of the assessments. The scheme risks being a bureaucratic nightmare and, for occupiers, very expensive. Here is Building’s simple A-G guide to help you haul your way up the labelling ladder …

The certification scheme for non-housing is being introduced in phases, and will apply to most buildings that have heating or cooling systems. Buildings with a floor area greater than 10,000m2 will need a certificate (or EPC) from 6 April, once constructed, sold or let. Those bigger than 2,500m2 enter the scheme on 1 July and all other non-housing on 1 October.

From 1 October, local and central government buildings bigger than 1,000m2 will also need to have “display energy certificates”, which will use bills to show how much energy the building and its occupants are using.

There is still some action to come on the domestic front – new homes will need certificates from 6 April and homes for rent from 1 October.

'B' is for bewildering

Buildings subdivided into units with independent heating or cooling systems will need a certificate for the unit being sold or rented. If access to the unit is through a conditioned communal space, the energy use of this will have to be apportioned to the unit by floor area.

'C' is for calculations

As with houses, the energy performance will be rated between A and G. This is based on the physical construction of the building, including the envelope and the services, and is called the asset rating. For this, the building will need to be physically inspected. The energy inspector will need floor plans and as much information as possible about the fabric of the building and the services. If this information is not available the surveyor will have to do the legwork, which will put the cost up.

The communities department has divided non-housing into three types:

This does not answer the question of whether there will be enough inspectors by the introduction date. The first deadline, just seven weeks away, covers large buildings, which means many assessors will need to be highly qualified construction professionals. CIBSE says it should have 100 people ready by mid-March. The RICS, meanwhile, will not have anyone, as it has only just launched its scheme, which takes at least 10 weeks.

The other issue is that developers may want to get certificates in place across their entire portfolios, which could cause a mad rush. “Our members are keen to get cracking,” says Patrick Brown, policy officer at the British Property Federation. “The key thing is to get the certificates in place across the portfolio. The timetable doesn’t allow much time.”

'E' is for expensive

The organisations offering assessments go very quiet when asked how much the certificates will cost. Small level-three buildings should not cost much more to assess than a house, so certificates for these will probably be £500 or less. Large complex buildings will take much longer to assess so will be upwards of £1,000.

As for penalties, these are going to be tough for people who don’t have certificates in place when the building is sold or rented. The fine is fixed at 12.5% of the building’s rateable value, or £750 where this formula cannot be applied. The maximum penalty that can be levied is £5,000.

'F' is for field trials

Brian Scannell, managing director of National Energy Services, is concerned that not enough field testing has been done to ensure certificates are consistent, as there is no set of conventions for assessors to refer to. The problem is that different assessors could make different assumptions. For example, if a retail unit is being assessed and the previous owner has ripped out all the lighting, what assumptions does the assessor make about the new owner’s lighting plans?

Scannell says: “We think a lot more field trials need to be done so we can identify all the problems that might arise.” The accreditation bodies say they will audit their assessors to ensure work is being carried out properly and is consistent, but this does not get around the problem of variation between different bodies.

The million-dollar question is whether the certificates will actually compel owners to upgrade buildings. A survey carried out by Building of major property owners last year showed that three-quarters of building owners were planning to make either minor changes or none at all once energy certificates were introduced …

How Building got an ‘E’

Here's a warning from history. Back in July 2006 we decided to have a stab at energy rating our own office building. Although we did this survey before the details of energy certification were known, we were not far off the mark – we used SBEM, which is the tool that will be used for energy certification.

Our office is a 19-year-old 11-storey, mult-itenanted air-conditioned building with a gross floor area of 24,154m2 – which means if it is sold or leased after this April it will need a certificate. The survey was done from paper records but the job was still time-consuming – the building dimensions, services details such as the length of pipe runs and the types of lighting controls all had to be entered into SBEM.

Where the information was not available, the choice was either to allow SBEM to revert to a default value, which invariably assumes a worst-case scenario, or to provide evidence to override these default values, which can be expensive. For example, to prove the building was airtight it would need to have been tested at a cost of between £5,000 and £10,000.

We reckon our building achieved an E rating. To get it up to a C would be expensive – not only would we need to prove decent levels of airtightness but the building would need more efficient lighting systems, local meters with alarms and more efficient chillers and fans.

For a dedicated section on energy performance certificates, including news, technical advice, and comment go to www.building.co.uk/epcs