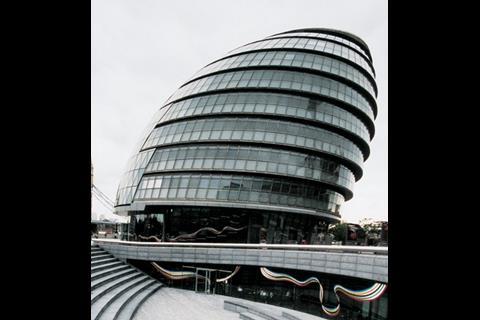 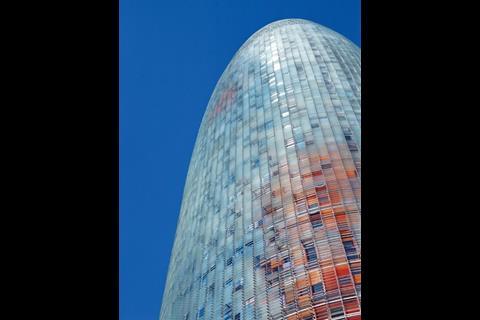 Finding an economic way to clad a building with unconventional shapes, while also allowing natural ventilation, has resulted in some interesting solutions

The lop-sided egg-shape of the Greater London Authority headquarters is partly the result of trying to get the smallest, most economical envelope for a given floor area. The reason for this was that by reducing the building’s surface area, the design team could limit the heat gained or lost through the building envelope.

Cladding such an unusual, double-curving geometry was a challenge. However, facade engineer Arup was able to skin the building using flat panels set in straight frames. On the south side the cladding is made up of 660 triple-skinned panels. The trick here is that all the panels are trapezoids with sides of varying angles according to their location on the facade.

Measuring 1.5 x 3m, the individual panels include a fully glazed outer skin. However, the inner skin is only 25% glazing with the rest made up of insulation and flaps that can be opened manually by occupants to allow fresh air into the building, which automatically switches off the adjacent air-conditioning.

The outer skin is also designed to modulate wind pressure. Air enters through the top and bottom edges of the panel and is preheated before penetrating into the internal office space. An integral user-controlled reflective blind helps protect the interior from direct sunlight.

Completed a year after Foster + Partners’ 30 St Mary Axe, the Torre Agbar in Barcelona bears an uncanny resemblance to London’s famous gherkin-shaped office building. And just like the London tower, it offers its tenants natural ventilation.

However, the 35-storey Torre Agbar uses a relatively simple cladding system. The building is curved - in plan it is an ellipse with the uppermost floors contained in a glass and steel dome – but unlike the Gherkin the sides have no waistband bulge.

The outer skin is made up of a cloak of nearly 60,000 glass louvres set at fixed angles, which provide a weather screen that tempers the effects of the wind, rain and sun. The louvres are fritted and angled to varying degrees to provide some shade to the building’s inner skin. This second layer comprises aluminium panels in red, blue, green and grey attached to the tower’s reinforced concrete loadbearing wall.

This opaque surface helps to limit solar gains into the office floors, but it is also punched through with about 4,400 openable windows – more on the north side, fewer on the sunny south side – up to the 26th floor. The louvres control the speed of the air coming into the void between the inner and outer skins, which can then be used to ventilate the floor plates naturally when external conditions allow. Any heat that builds up in the void vents out through the gaps in the louvres.

The facade is also designed to bring the building to life at night. Some 4,500 LEDs are used to cover the face of the building.