11
The alternatives: Cooling and heating
Focus

The alternatives: Cooling and heating 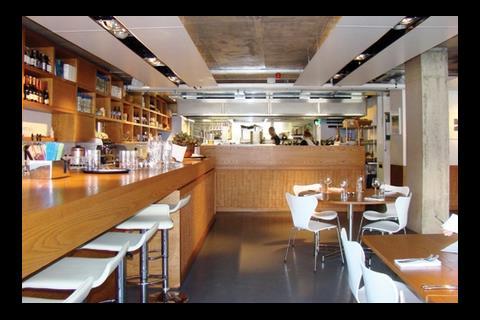 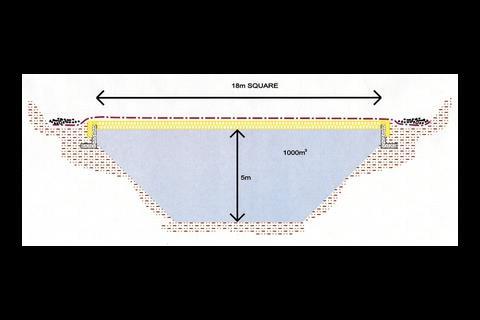 At Beaufort Court (right), the headquarters for Renewable Energy Systems, environmental engineer Max Fordham created a seasonal heat store. This consists of about 1,000m3 of water held in a 5m deep hole, which tapers from 18m2 at the surface to 8m2 at the base – this shape does away with the need for any retaining walls. The hole is excavated in chalk, which is reasonably dry and means the sides and base can remain uninsulated and are instead just lined with a plastic membrane. The hole is insulated on top with 500mm of polystyrene.

Over a six-month period about half of the stored heat is expected to be lost. However, if the temperature of the water is raised by 20ÞC, 23MWh of heat can be stored. Heat from the store is used to warm air entering the buildings, providing up to 45% of the heating load at any given time.

Opting for natural ventilation rather than air-conditioning is one approach to cutting energy use in buildings. The problem is that it doesn’t always live up to its promise, resulting in overheating in hot conditions. One way to increase cooling is to incorporate a subterranean concrete labyrinth full of rippled concrete walls through which incoming air can be circulated. Some designers are now taking this a step further, but have chosen to use earth instead of concrete.

Both Atelier Ten and Fulcrum Consulting have used large diameter concrete sewer pipes in projects. The 900mm-diameter pipes are typically buried up to 1.2m in the ground, and through these incoming air can be drawn and lowered in temperature.

At the Butterfield business village, Atelier Ten pulls air through the 80m-long buried pipes using a conventional air-handling unit and then circulates it through the building using a displacement ventilation system. If the outside air temperature is 28ÞC, the earth duct can cool this to 22ÞC.

In the winter, when the earth is warmer than the outside air, the system can be used to preheat the air, thereby reducing heating load.

Although cooling systems that rely on large bodies of water don’t allow energy to be stored, water can still provide passive cooling, which for a building with a year-round cooling load can be invaluable. The Water House restaurant in Hoxton, London, harnesses cooling from the adjacent Regent’s Canal using a system comprising radiant conditioning “sails”.

During warm periods, the canal water is cooler than the air inside the restaurant and the ThermaSail system absorbs heat from the restaurant then expels it via a closed water circuit linked to a heat exchanger in the canal.

The specially painted, perforated ThermaSails act as the main cooling element. According to manufacturer SPC, these fill the gap between beams and chilled, providing the energy-efficient radiant cooling of ceilings with the convective cooling of chilled beams. The term “sail” is used generally in Europe to describe a floating ceiling feature, and the simple flat surface of the sail is suspended below the soffit, as a design feature. The sail can be almost any shape, colour and size, and lights and fittings may be integrated, ThermaSails are manufactured from composite aluminium panels that provide the necessary strength, rigidity and high thermal conductivity, while at the same time being light enough to make installation easy. Copper coil is fixed into aluminium extrusions which are in turn mechanically fixed to the topside of the sail, ensuring reliable heat transfer.