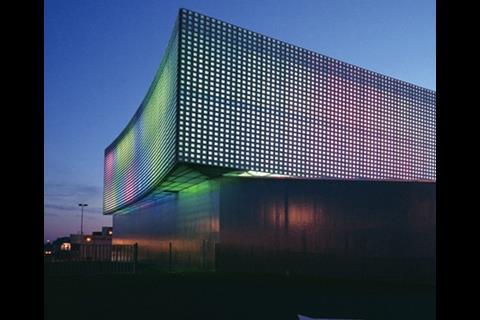 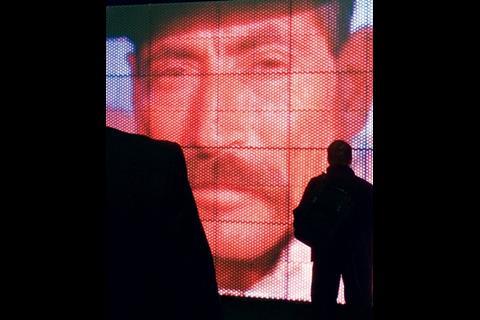 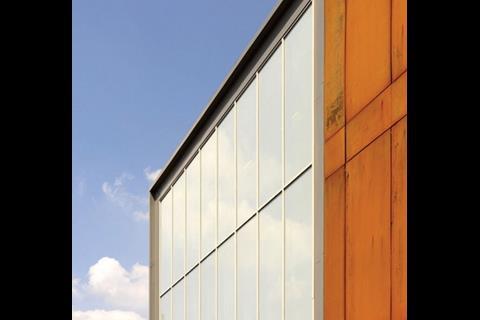 SmartSlab started out as a loadbearing floor that could be used to display moving images and has since been developed into a cladding system that incorporates the lighting components and controls for animated displays, with the features associated with external cladding.

The system comprises 600 x 600mm modules that contain wiring, circuit boards, controls and LEDs, all placed within a steel structure that is fronted by a 20mm-thick polycarbonate honeycomb panel, giving it a horizontal load capacity of 3kN/m2.

There are three structural options: the panels can stand alone as a flat or 3D structure, they can be erected with a 650mm space away from existing walls or they can be attached like rainscreen cladding as the final skin. In the latter option, access for maintenance can be gained by disengaging the electromagnetic bolts that hold the panels in place.

The outer skin is tough enough to withstand most vandalism, and graffiti and dirt can be washed off easily.

The building comprises a 4,500-seat performance hall which is wrapped by three 12m-high concrete screens designed to be robust and low maintenance. However, during the day, sunlight interacts with 25,000 specially made pyramidal glass blocks that have been set into the concrete precast panels to produce glimmering effects and shadows.

In the evening the building comes alive as the Frensel lens-like surfaces of the glass blocks amplify the intensity of the coloured lighting scheme. This is generated using two rows of lighting projectors mounted on the inner surface of the wall, which incorporate coloured lamps that shine light on to a white painted block wall spaced 1-4m away from the curving concrete screen. The reflected light then shines through the glass blocks.

The lighting projectors can be controlled to vary the colour of the bands of light produced.

When architect Stubbs Rich created a new learning resource centre at Herefordshire College of Technology, it employed a novel way to make the building stand out on the campus.

A projection screen is incorporated into one end of the southwest-facing facade, which comprises a white frit applied to the inside face of the outer pane of the double-glazed curtain walling units. This performs several functions: as well as controlling solar gain and glare, it also allows views out of the building and, depending on lighting and conditions, glimpses into the interior. It also serves as a projection surface.

The nature of the frit means it can be projected onto from either side, allowing the college to display students’ work either as one large image (front projected) or several smaller images (back projected).