The James Review: Turn over your papers ...

Sebastian James has – after several delays – presented his assessment of school building in this country. Now, the government and construction must look at how to make his recommendations work – and your time starts now

Last Friday saw the publication of Sebastian James’ review of the future of school building programmes. In one respect at least, this ended months of uncertainty for the construction industry. Ever since the £55bn BSF programme was put on hold and the review launched last July, the sector had waited for release of the report’s findings -first in September, when an interim report failed to materialise, and then ever since December, the original date slated for the full review.

So publication marked the end of collective breath-holding, even if the delay meant that the major themes of the review - an emphasis on standardisation and the need to capture more data on building condition and a drive for centralised procurement - had been widely trailed before its release.

Philip Watson, head of education at Atkins, echoed the views of many in the sector in welcoming moves to gather best practice in school design, to have a more strategic national view of procurement for major projects and to use more design for manufacture to drive greater efficiencies. He says: “If successfully implemented, we’re sure these [moves] will improve the quality of the learning environment and make education spend more cost effective”.

According to James, they will do: he is targeting a 30% cut in the cost of school buildings, at the same time as delivering “fit for purpose” places for every pupil in the country. But that successful implementation is not guaranteed. The government is expected to publish its response to the review next month, and before then it must address some difficult questions. As Ty Goddard, director of the British Council for School Environments, puts it: “A lot of work is going to be in how these recommendations could work. James’ point about the need to create ’fit for purpose’ schools is a good one, but the education sector needs to build on the direction of travel he has identified.”

Here, we look at the main failings James identified in the previous school building programme and the obstacles that need to be overcome for his recommendations to have an impact on the 2,600 secondary schools and thousands of primaries that remain without crucial investment.

Schools most in need didn’t get prioritised for repair

The James review claims there is a “poor correlation overall between the condition of schools and the order in which they were refurbished or rebuilt.” Dilapidation and building condition were not part of the consideration when deciding which areas should receive funding first. Those with local deprivation and low attainment took priority - although the local authorities that received money sometimes took building condition into account when prioritising funds. The picture was also complicated by more than 20 funding streams for schools projects, which James says meant money sometimes went to the organisations “most capable of filling in the appropriate forms.” 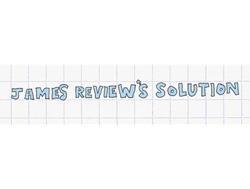 To prioritise funding on building condition and the need for school places. James recommends all existing data on school building conditions should be collated and verified. In addition, a rolling survey programme examining the condition of about 20% of the school estate every year should be established to inform the allocation of capital funding.
There would be a single budget for capital work, to be allocated notionally by the government to local authorities. Then all organisations responsible for schools in that area - including academy trusts and individual schools - should agree a local investment plan determining how funding should be divided locally. This would be put forward by the local authority for approval by a central body. 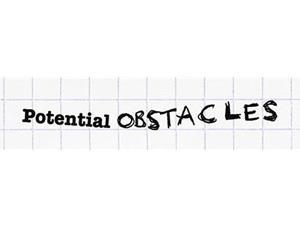 Getting all local organisations (termed “responsible bodies” by the review) to agree which of them is most in need of funding is obviously going to be a headache. Simon Lucas, head of education at EC Harris, says: “There needs to be absolute clarity around the criteria and process for prioritisation from a central level.” The rolling programme of data capture has been welcomed by the industry, but there are question marks over how quickly this can be established. The review suggests basing a database on information from local authorities where it exists, but acknowledges there will be discrepancies in how this is collected. Lucas says: “With information about raw conditions, such as does a boiler need replacing, it’s more straightforward. But when the government is talking about ’fit for purpose’ you need to build a robust set of reporting criteria.”

The cost of schools per square metre was notoriously variable - and often notoriously high - under BSF. The review cites the average cost as £2,050/m2 at 2010 prices, with some, such as Grange School in Bradford, reaching £2,440/m2. James attributes a great deal of this to the decision to design each school individually under BSF. However, he says “almost all” respondents to the review placed “cutting edge, bespoke design” last in their list of priorities. The top priority was a “fit for purpose” environment.

To increase standardisation in school design. He says that a “suite of drawings and specifications should be developed that can easily be applied across a wide range of projects”. These could be for component parts or larger spaces. As well as reducing procurement and design costs, the approach should enable construction costs to reduce through repetition and the bulk purchase of components. James adds that “lower-cost build processes can be designed in from the start” and that “over time, off-site construction will be possible for some standard elements.” Designs should be continually improved through learning from projects, captured centrally, including post-occupancy evaluation. The department is also looking at the feasibility of reducing space standards.

The review is not clear about how standardised designs will be selected. There is also resistance from some within the design community who fear that over-standardisation will produce inflexible, identikit schools.

Ruth Reed, president of the RIBA, says: “There is certainly a case for the standardisation of certain elements, but the review fails to recognise that a school which is ’fit for purpose’ must meet the needs of its client. We urge the government to reject the over-simplistic approach recommended.”

However, others are more optimistic. Atkins’ Philip Watson says: “Standardisation doesn’t have to mean rigid templates for schools. There is enough wit and wisdom in the sector for us to be able to define and share best practice for components that make up a school, like classroom spaces, toilets, kitchens, dining areas, sports halls and changing rooms. Skillful architects are still needed to put these together in ways that respond to the site, climate and local educational need.”

James seeks to quash the concerns of those like Reed by suggesting more capital funding would be available to try more radical ideas every 20 or so schools, with the success of these ideas monitored and fed back into the process.

James summarised the current education building system as “complex, time consuming, expensive and opaque.” Most of his criticism was targeted at BSF: by November 2010 only about 8% of the renewal envisaged by the programme had been achieved. He says an unclear demand for evidence of “educational transformation” complicated a procurement process with 14 guidance documents totalling 1,115 pages, and 30 contractual documents running to 2,622 pages.
The cost of the average 18-20 month pre-procurement phase to the local authority alone was £1.7m. For a Local Education Partnership, set up to build numerous schools in an area, the bidding process could cost up to £10.9m, before construction started. The report also found that, in addition to open tender, there were at least 229 existing frameworks and strategic partnerships that could be used to deliver projects.

A central body - essentially a beefed up version of delivery agency Partnerships for Schools - should be responsible for the delivery of finished school buildings, rather than distributing funding and then acting as adviser. This body should procure and contract-manage all projects above a certain threshold. It should put in place a “small number of new national procurement contracts” with a simpler pre-qualification process. Standardised designs, a reduction in bureaucracy and cutting consultation with teachers would also help.

National frameworks are the most obvious way to cut back on procurement costs and time. But the Department for Education is, like all other departments, under pressure to make sure its procurement routes are open to SMEs. James states that these new contracts should allow SMEs “the opportunity to bid for and win contracts”, but it is not clear how this could be ensured.

Some councils with a track record in delivering efficiencies may be reluctant to relinquish power to a central body. The report acknowledges that individual “responsible bodies” must be able to “earn the ability to procure autonomously”, but stops short of explaining what exact criteria would enable them to do this.

James says that when printed out on A4, regulations and guidelines covering the design and build of state schools in England are over 3,000 pages long. This has resulted in confusion over what is compulsory and what is optional, and has added to the cost of schools. Planning and environmental regulation has added to the burden.

To revise regulations into a single set applicable to all schools, and to move to a presumption in favour of planning permission for standardised school designs. James also says that bureaucracy around BREEAM assessments should be reduced further, and argues that these may not always be the best way to ensure sustainable buildings.

Simplifying regulation is obviously to be welcomed, but as EC Harris’ Simon Lucas points out, the hardest part will be getting this done in a coordinated way. He says: “Accepting that there are minimum regulatory standards that would have to apply in any case, the best way might be to decide what a ’fit for purpose’ school needs and develop the regulations from there, rather than adapting all the current standards.”

The review found that some schools are in “acute need” of repairs, and this is partly attributed to confusion around funding and responsibility for maintenance. No information is collected on capital maintenance spend by individual schools, which means that each year billions of pounds are allocated with no monitoring of spending or impact. The fact that this money has been devolved to individual schools means that there is a huge variation in costs of maintenance work.

James acknowledges that it would be “impossible” for the government to prioritise sensibly between local demands for maintenance, so says that individual institutions should be allocated a small amount of funding to support minor repairs. This would be informed by data on building condition, and would ideally be aggregated at local authority level for maintenance across an area’s estate. It also suggests that the department should set up national contracts for small-scale maintenance and annual buildings inspections. James says that an organisation would be able to appoint a local contractor if it wished as long as the contractor agreed to the terms of the national contract.

Again, this could come into conflict with the government’s SME agenda. Without caveats, it is difficult to see how a local contractor would be able to compete with national firms in terms of economies of scale and, in many cases, regional reach