The power of collaborative consumption 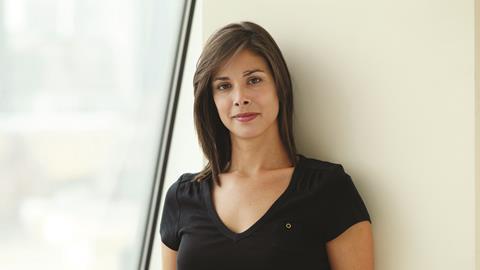 Today’s technology and the recession are driving a revived sense of community as we share, rent and trade possessions. Writer and ecobuild speaker Rachel Botsman talks to Nick Jones about the power of ‘collaborative consumption’

People love stuff. They like buying it, hoarding it, throwing it away and replacing it, and western economic models depend on providing them with more and more of it - a recent survey by Co-operatives UK found that the average British child has no fewer than 75 toys or gadgets. This has always presented the sustainability movement with a particularly awkward question: how do you stop people wanting so many shiny, new things?

Rachel Botsman thinks we already have the answer - and it is about to change the way we live, as well as the places we live in. The idea is called collaborative consumption. Botsman is a consultant, speaker and all-round champion for the rising global movement, and has written a book on the subject - What’s Mine is Yours: The Rise of Collaborative Consumption - with entrepreneur Roo Rogers, the son of Richard Rogers. You may not have heard of collaborative consumption, but the chances are you’re already part of it. If you’ve ever bought anything from eBay, or downloaded a rental film from Lovefilm, you are engaging in collaborative consumption in a small way. Botsman explains: “Essentially it’s about how technology is taking us back to old market behaviours: swapping, trading, renting, sharing. But they’re being reinvented in ways, and on a scale, that has never been possible before.”

It’s about how technology is takingus back to old market behaviours: swapping, trading, renting, sharing

This reinvention goes far beyond renting the latest Mission Impossible film. The irresistible rise of social network technologies has brought with it an explosion of “peer-to-peer” services, which seem to have opened the door to a world in which we can swap, rent or trade almost anything. Ecomodo, for example, enables members to rent out their possessions; TaskRabbit allows you to auction tasks (apparently the most common request is for help assembling Ikea furniture); and Airbnb has revolutionised the tourism market by providing a marketplace for more than 100,000 “hosts” across the world to rent out their homes or spare rooms.

Botsman - whose background is a “total smorgasbord”, including academia (Oxford and Harvard universities), brand consultancy, and three years working for Bill Clinton - believes the social ramifications of collaboration consumption will one day be as big as the industrial revolution. Time magazine, meanwhile, has named it among the “10 ideas that will change the world”. And when a three-year-old start-up can be valued at $1.3bn - as Airbnb was last year - it is easy to see why people might be getting excited. Collaborative consumption has become big business.

But Botsman also believes it provides an answer to sustainability’s problem with consumerism - not by forcing people into abstinence, but by making better use of the resources we already have. Collaborative consumption covers a range of services, from bike sharing to buying second-hand clothes, but one theme that keeps recurring is what Botsman calls “idling capacity”. “The basic idea of collaborative consumption is that with technology you can mop up the untapped social, economic, environmental value of underutilised assets and redistribute it where it’s needed. That could be cars, that could be land, that could be spaces, that could be skills.” 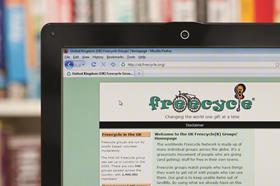 Freecycle is one form of collaborative consumption. It matches people who want to get rid of stuff with those who need it using the web

An obvious example would be car pooling - and Botsman points out that carpooling.com is now transporting 1 million people every month across Europe, and claims to have saved 375 million litres of fuel. But the area that could really change the way we live is space sharing. Airbnb has already shown the potential of this market, and sites such as LooseCubes are exploring it further by “mopping up” free office space and meeting rooms.

An inherent characteristic of sharing space is that it is communal. Botsman points to a scheme in the UK called Landshare, which has matched more than 16,000 people who don’t have gardens or allotments with unused land that they can grow fruit and vegetables on. It is run by Hugh Fearnley-Whittingstall’s empire, River Cottage, which is dedicated to less dependence on the outside world for food and less food consumption. Botsman says: “What the Landshare team is beginning to see is how, if a community comes together around gardening and food, it actually puts a social fabric in place that can extend to other areas, whether it’s taking care of the elderly or improving schools.”

This revived sense of community could have major implications for the built environment. Botsman says that urban designers are now beginning to look at how to create whole communities around shared systems. “They’re doing some really interesting things - like how do you transform experiences like launderettes, how do you create shared gardens within urban environments, how do you create bike-sharing schemes where it’s not just rented bikes but your own bikes that can be shared.”

“A lot of communities will have some kind of physical hub again, where they’ll be sharing resources on a digital, virtual level, but it will also be a social place where they work and they share tools and childcare.”

She adds quickly: “I’m not talking about communes here. It’s much cooler than that.” But that does beg the question: is the average materialistic western consumer really ready to share quite so much?

“There are still very realistic stigmas around sharing - bowling alleys don’t talk about ‘shoe sharing’ and hotels don’t talk about ‘bed sharing’. I think it’s really important to acknowledge that, and when people are talking about designing systems you have to be really upfront and figure out how you’re going to solve those problems.”

Botsman also acknowledges that, in part, this resurgence in sharing and renting has been driven by the global recession, and that “people are looking to these solutions to save money and make money”. But, in a sense, she says, that is part of the movement’s strength: that people are being drawn into sustainability and community living through self-interest. “I think that’s the way to bring people in, rather than beating them over the head with the message.”

And beyond that, Botsman argues that people’s attitudes to ownership are changing, in a more permanent way. “We’re at the start of an identity and ownership revolution, so the concept of defining yourself by the things you own is really starting to change.”

“The statistics are phenomenal in terms of young people saying car ownership is a burden, and they don’t actually want to own a car. Now that’s a huge social change even from 50 years ago, when cars were the ultimate status symbol.”

This might sound like wishful thinking in the country responsible for Jeremy Clarkson’s TV show Top Gear, but if you had said three years ago that every city block in New York would soon have an Airbnb rental - as is now claimed - no one would have believed you. They might also have struggled with the fact that a bike-sharing scheme would be playing such a key role in London mayor Boris Johnson’s re-election campaign. Perhaps collaborative consumption really will change the way we live: as Botsman says, it is “like learning a new word - once you know about it, you start to see it everywhere”.