The rise of the smart home 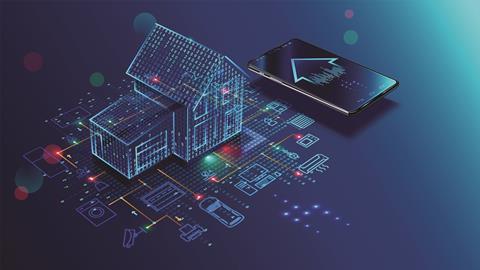 Smart homes are on the rise, with UK householders dramatically increasing the number of smart devices they own. According to the most recent YouGov survey from 2018, 23% of homes have at least one smart device, with 11% having a smart speaker, 5% with smart lighting and 3% having smart security in place.

At these levels of take-up and awareness, homebuyers are likely to be drawn towards the new developments that arrive with smart devices as standard, giving new ways of marketing properties and distinguishing developments from those of competitors.

“Specifically for housebuilders, if built into the home as standard, it helps to differentiate the property versus other similar properties without the technology,” says Mark Lufkin, chief commercial officer for smart home company Wondrwall.

“This helps to sell more quickly or to command a higher price. We are getting positive feedback from homeowners who are moving into properties with Wondrwall [an intelligent system automatically controlling heating, lighting and security] installed.”

In most cases, adding smart devices is as easy as adding traditional non-smart ones, requiring no additional wiring. As such, it’s possible to offer packages, giving buyers the opportunity to upgrade from standard fittings to smart ones.

In many ways, this is similar to how cars are sold, with higher-spec models adding features to the basic package. It’s also cheaper to install smart products during a build. Focusing on providing options in the largest categories helps, with options for smart heating, smart security and smart assistants.

Here, we are looking at some of the options for each category.

If built into the home as standard, it helps to differentiate the property versus other similar properties without the technology

Smart thermostats provide several advantages over their traditional counterparts, but there are two main benefits. They are easier to programme and use, and they give greater energy savings. Average gas bills in the UK are £676 a year, and Tado, the smart-thermostat manufacturer, estimates UK customers can save 19% on heating bills. Nest claims that UK customers can save between 8.4% and 16.5%.

In addition, using a digital interface to the boiler, such as OpenTherm, allows compatible thermostats to modulate the central heating temperature to select the best temperature to warm a house at the most efficient level (load compensation). OpenTherm says an additional 6% saving can be made on fuel costs. 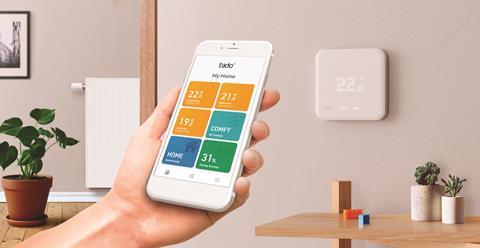 Smart thermostats save energy through more intelligent use of heating. Products such as the Nest Learning Thermostat learn how your home warms up and can switch off the heating early to prevent a home going past the set temperature. Many smart heating systems, including Nest and Tado, also provide geofencing, which utilises a user’s phone to turn the heating off when they go out and turn it back on when they come back.

Some systems, such as the Honeywell Evohome, offer greater savings by placing a smart radiator valve on every radiator, allowing heating to be controlled individually per room. These systems add significantly to the price of the install though, and require users to change the batteries in the valves every 18 months to two years, which may make them too complex to offer. There may be a middle ground. Some systems, such as Tado, work with a single thermostat, but can optionally be expanded with smart radiator valves in the future.

Smart thermostats are a good way to meet the Boiler Plus legislation, which states combi boilers have to have at least one of the following additional energy-saving measures: smart controls, weather compensation, load compensation, and flue gas heat recovery (FGHR). Using smart controls with an OpenTherm connection hits two of these additional measures.

Smart thermostats require no additional wiring at the point of install, although some, such as the Nest Learning Thermostat, need permanent power.

Lights can be controlled remotely and even programmed to simulate occupancy 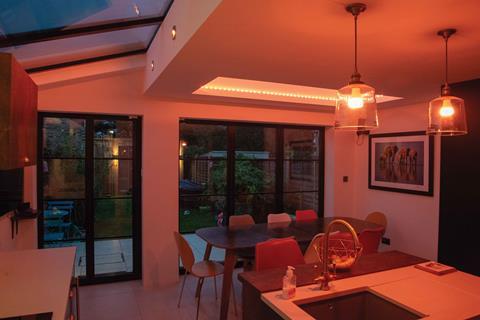 Smart lighting comes in two forms – light switches and smart bulbs. With replacement switches, standard bulbs are used and the light switch operates as normal. However, when connected to an app or voice assistant, lights can be controlled remotely, and even programmed to simulate occupancy, fooling burglars so they stay away when the owners are out or on holiday.

Smart switches, such as the Wondrwall system, require a neutral cable at the switch. The cheaper Lightwave system does not need the neutral cable and is a dimmer switch (when ”off” it maintains a small amount of power for remote control).

Smart light bulbs, such as the those used with the Philips Hue system, are easier to install, as the intelligence is baked into the bulbs, which plug into standard light fittings. The standard light switch will still work and smart bulbs operate like normal bulbs in this regard; however, the light switch has to be left on for the bulbs to respond to app or voice control. With the Hue system, the user can get additional wireless light switches to give that traditional control aspect.

The main benefit of a system such as Hue is that the high-end bulbs can change colour, giving some amazing lighting effects, completely changing the atmosphere of a room. 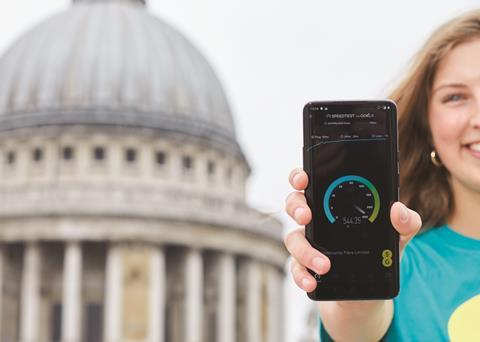 One of the issues with smart devices is that they typically require an internet connection to set up, and either need one to continue working or may offer a reduced set of features.

For example, a Nest Learning Thermostat will work on schedule without an internet connection, although you cannot edit the schedule or remote control the thermostat, but the Nest Hello will not work without an internet connection. Likewise, Wondrwall’s system will give you heating and the burglar alarm will work but the intelligent features, such as the system making automatic decisions are not available. 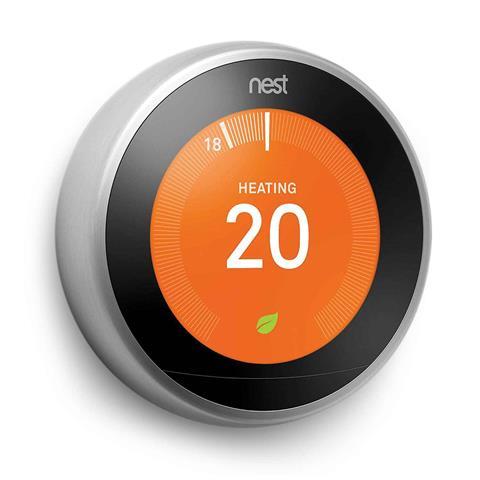 Offering internet at the point of sale is a growing problem, but there are options to help alleviate the issue.

First, there are a growing number of fibre optic broadband providers keen to lay cabling to new developments where economically viable. Currently, average UK broadband speeds, according to the latest Ofcom report, are 54.2Megabits per second (Mbps); fibre internet from the likes of Hyperoptic, Gigaclear, Grain and Vodafone can provide speeds of up to 1000Mbps – that’s one Gigabit per second (Gbps), or more than 18 times the speed.

Yet, fibre broadband isn’t available in all areas, and may not always prove to be cost-effective. The option now is to provide a temporary 4G connection via a mobile router (Wondrwall has a deal with Tardis 4G for this very reason), replacing the connection with traditional broadband when available.

The near future could see that change with the national rollout of 5G mobile networks. Designed to deliver high-speed data without cables, the promise is that 5G may eventually be able to deliver download speeds of 10Gbps. For now, the initial rollout should deliver average download speeds of between 130Mbps and 240Mbps, which is still far above the average UK broadband speed. As well as being faster than 4G, 5G also provides a low latency connection.

Latency is the time between a request being made, say trying to access a website, and the data coming back. With low latency connections, the internet and apps feel more responsive to use and it is possible to use apps that are very sensitive to this, such as online gaming, making 5G a true wired broadband replacement.

Adding security to a system can make owners feel safer and smart doorbells are a good way to start. They provide many of the benefits of security cameras, including the ability to monitor and record the area outside of a front door.

With the ability to answer the door from anywhere, smart doorbells give additional security – people can be fooled into thinking someone is at home and people at home can answer the door without having to open it.

Smart doorbells have demonstrably reduced crime, too. In 2016, Ring installed doorbells on 10% of homes in a Los Angeles neighbourhood and saw home burglaries fall by 55%.

There are many smart doorbells but it makes sense to focus on those that can be wired in, so that homebuyers do not have to worry about replacing batteries. There are two main models: the Nest Hello and Ring Video Doorbell Pro. The Nest Hello gives continuous video recording and has facial recognition (with a Nest Aware subscription), and it works best with Google Home smart speakers. The Ring Video Doorbell Pro has higher-resolution video, can record motion-activated clips to the cloud (subscription required), and works best with Amazon Alexa smart speakers. Both devices can be used without subscriptions but cannot record video. 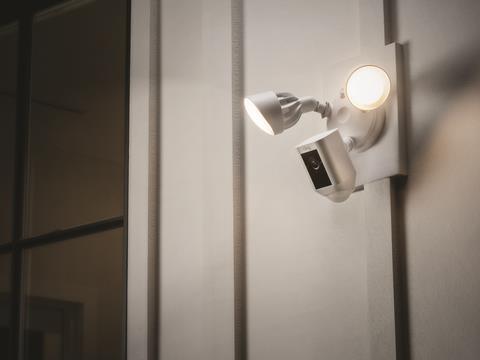 You can expand both systems with additional indoor and outdoor cameras for increased security. With Nest, the best cameras are its Nest Cam IQ Indoor and Nest Cam IQ Outdoor. Ring has a slightly more varied range, including the Stick Up Cam, which can be used indoors or outdoors, and the Ring Floodlight Cam, which acts as a security light too. Security cameras typically need a nearby plug, with outdoor models requiring a hole to be drilled through the wall, which slightly complicates installation.

Many smart home systems are add-ons to additional homes, but there is a growing move to integrated systems that do everything in one neat package, such as Wondrwall. This system is based around smart light switches that can be wired directly into any standard sockets, requiring no additional cabling.

Each light switch gives standard on/off and dimmer control of bulbs, with the option of remote control via an app. However, also built into the switches are Alexa smart speakers for voice control in each room. 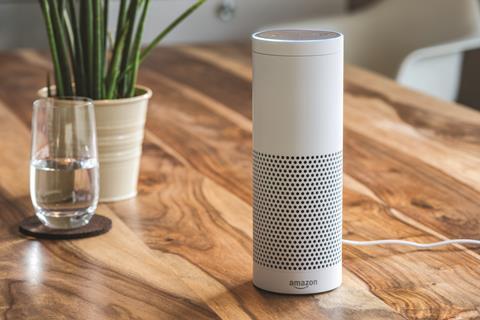 In addition, there are motion and temperature sensors. Motion sensors can be used as part of the smart security system when the occupants are out, but also helps the system learn how a home is used, and which rooms are occupied, say automatically turning off lights or using the information to turn lights on and off automatically when nobody is home to simulate occupancy to put off burglars.

Other systems can seamlessly tie other products together. For example, with Nest products, if the Nest Protect smart smoke alarm detects a fire, it can automatically turn on Philips Hue lights.

Building a new home to be smart does not mean that it has to be rewired or that choices have to be made early on. For most of the kit referred to here, installation can take place towards the end of the build, using the wiring that is in place. This gives housebuilders the option to offer a smart package, with buyers able to have a say over the components that they do and don’t want.

With the flexibility on offer, a smart package can increase buyer satisfaction giving them a home that works they way want, saving them money and increasing security and convenience.