'The Treasury still have a completely outdated view of sustainability' 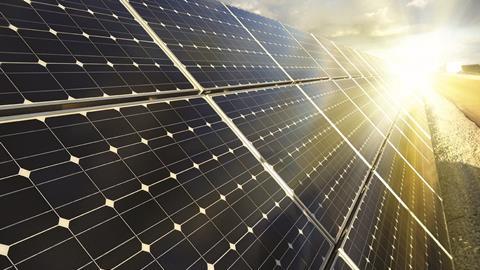 How should the government kick-start its stuttering sustainability policy? Building, Ecobuild and the UKGBC held three roundtables at three party conferences - and three common themes emerged

If one thing is clear from the party conference roundtable series held by Building and the UK Green Building Council, it’s that the coalition government is still not getting policy right on sustainability. While the criticisms of the delegates were different at each of the three debates - and those criticisms were often shared by the politicians present - the difficulties of industry trying to second-guess a government seemingly divided on environmental policy along party lines was plain to see.

Building launched its Green for Growth campaign at the start of the year with five aims, all designed with the simple objective of helping to kick-start the green construction economy. The idea was that growth in sustainable construction work would help the UK to meet its climate change obligations while boosting both its GDP and international competitiveness.

The Treasury is not convinced about the green agenda in the first place, and that’s not just ministers or George Osborne, that’s the civil servants

While there has been progress on some of the aims - for example, there is more clarity around the way forward on Part L of the Building Regulations, although we are still far from reaching a conclusion - in general the response from policy-makers has been depressing. We have seen little progress on allowable solutions, astuttering start to the Green Deal, and a virtual stall on green energy infrastructure.

The debates, each attended by senior MPs from the Conservatives, Liberal Democrats and Labour, covered a wide-ranging brief. But some common answers emerged from the three about how the government might start to break the impasse.

Stop seeing sustainability as an enemy of economic growth

Chancellor George Osborne used the conference season to reiterate his view that “saving the planet should not cost the earth”. There is little controversial in the idea that increased sustainability need not be incredibly expensive, but it was Osborne’s continued posing of sustainability and economic competitiveness in opposition that remains contentious.

Conservative MP Oliver Colvile said this view was pervasive in the Treasury, implying that it was at the root of why more progress had not been made on policies such as the Green Deal. “The Treasury is not convinced, I don’t think, about the whole business of the green agenda in the first place, and that’s not just ministers or George Osborne, that’s the civil servants who take a very jaundiced view on this … The Treasury really are the most difficult people in this.”

In the Labour roundtable, former construction minister Nick Raynsford said this view counteracted the commitment to green issues within other departments, notably the Department of Energy and Climate Change. He said: “The chancellor and Treasury, who’ve always been very sceptical about this agenda, remain very hostile. The officials and wonks in the Treasury still have this completely outdated view that sustainability is loading extra cost.”

As John Alker, director of policy at UKGBC, said: “It is in my view a particularly false choice, about whether we can afford to do this or not. I think we have to get better collectively, at making the case that we can’t afford not to do this, that it can be a genuine growth opportunity for business, and a win-win for consumers as well.”

Remember the law of unintended consequences

Delegates were virtually united in their plea to government to be smarter about the policy choices it makes, and remember that the unintended consequences of policies can often outweigh the expected benefits - with uncertainty being the biggest problem of all.

We’re having some businesses saying, ‘We’re not sure we’re going to pursue this’. And it’s a real shame because it’s got the ability to deliver a lower carbon solution for our cities

In the Conservative conference roundtable, Terry Clarke, technical sustainability manger at office developer Segro, said the government’s controversial decision to slash feed-in tariff (FIT) levels in 2011 had “spooked investors” in green development, leaving business unsure whether the government might make further policy U-turns. “It’s taken us back a step with the investors, meaning we’ve then got to get them back round the table and tell them what the benefits are.”

The government has subsequently justified the cut to FITs by saying that the price of photovoltaic (PV) equipment has dropped since the cut. However, Martin Fahey, sustainable solutions manager at PV panel manufacturer Mitsubishi Environmental Systems, said the firm had simply stopped selling in the UK as a result - another unintended consequence.

Fahey said: “One country’s FIT cut did not halve the price of a world supply of PV. It was an influx of very cheap Chinese equipment [that saw prices fall]. And we sell on individual USPs of guaranteed performance of the equipment for 20 years, but all of that counted for nothing.”

Likewise, Rebecca Teasdale from utility company E.on, which is working with a number of developers on plans for distributed energy networks, said the uncertainty over the so-called “Merton rule” that allows councils to require higher energy efficiency standards was already having an effect on individual schemes. Last month, the government proposed a new system of national housing standards that would effectively ban the rule, meaning councils would be unable to insist upon additional measures on developments such as distributed energy networks.

Teasdale said: “Schemes like the ones [we are involved in] in Exeter and Southampton just won’t come to fruition. We’re having some businesses saying, ‘We’re not sure we’re going to pursue this’. And it’s a real shame because it’s got the ability to deliver a lower carbon solution for our cities.”

Michael O’Doherty, head of climate change, buildings and energy at Manchester council, said: “Sometimes I think, across departments, government just needs to think through the implications of the mixed messages in the market, and that could simplify things.”

The third broad area of consensus for the groups was for the government to remember that regulation is not always a block upon economic growth, and can actually help to create markets for expertise from UK companies.

Speaking at the the Liberal Democrat roundtable, Mitsubishi’s Fahey said: “There’s an automatic reaction that regulation is bad, and we want less. But in some areas - I’d include the built environment - it’s not necessarily a bad thing. We shouldn’t be further hampering ourselves by allowing new build to be built not to the best standards it could be.”

After assuming office, the coalition government introduced the “red tape rule”, in which it promised a “one in, two out” approach to business regulation. This means the government has to scrap two regulations for every new or updated regulation it introduces.

Andy von Bradsky, chair of PRP Architects and of the Housing Standards Challenge Panel, said there was a danger that this rule made the goal of creating the rational regulation needed to drive investment more difficult to achieve.

He said: “Our campaign has been about regularising, rationalising and simplifying regulation, and making it a level playing field for all, and putting [rules governing sustainability] in Building Regulations, which from
our point of view is the safest place for them to be.

“And one thing that clearly doesn’t work in terms of regulation is the ‘one in, two out’ rule, which I think is a major impediment for sensible consolidation.”

Officials at the Department for Communities and Local Government have admitted that part of the reason for the controversial form of the currently proposed national minimum housing standards, which will be in a separate document from the Building Regulations, is to sidestep the red tape rule.

Particular concern was expressed at the roundtables about the decision, also part of the government’s consultation on national standards for housing, to wind down the Code for Sustainable Homes. Clare Wildfire, projects director at Mott MacDonald, said that installation of green measures by housebuilders would consequently “fall off a cliff.”

Others were critical of the decision to delay the upgrade to Part L, which was due this autumn and will not now be implemented until April 2014.