The University of Bradford: The stuff of BREEAM 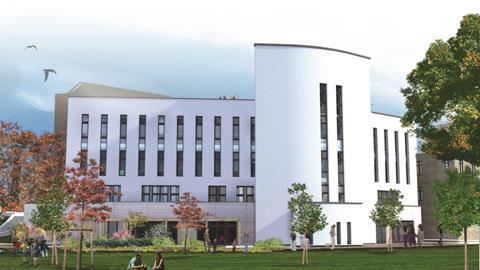 For a university to have one building with an unprecedented 95% BREEAM score is impressive, but to have two suggests it really knows what it is doing. Building examined Bradford’s Sustainability and Enterprise Centre to find out its secret

Only 15 buildings in the world have a BREEAM “Outstanding” rating and two of them have been built by the University of Bradford. Moreover, both these buildings have attained the highest individual BREEAM scores ever awarded. Bradford Student Village is the university’s purpose-built £40m eco-friendly student campus. Known as the Green, it opened last September and provides 1,026 student bedrooms. It excels environmentally and achieved a BREEAM score of 95.05%. It just pipped the campus’ £5.2m Sustainability and Enterprise Centre (SEC), which has nonetheless achieved the world’s highest pre-construction BREEAM score of 94.95%.

The SEC is set to open in early 2013. The four-storey, 2,000m2 building will contain workshops, business units, an open-plan office and a multi-function space, all of which will provide learning facilities and teaching resources aimed at promoting sustainable living. Its impressive BREEAM score is therefore very much a practical extension of the environmental ethos that underpins its function and has driven the development of the entire student village, too.

So how was its landmark BREEAM rating achieved? “Initially we were hovering around the 88% mark,” explains Andy Hague, the University of Bradford’s principal project manager, “but at a key stage we, as a team, decided to adopt a rigorous, aggressive approach that reviewed every single credit that we hadn’t managed to meet.”
This process was pragmatic as well as aspirational. The team quickly identified those targets they were never realistically going to attain, because of factors such as site constraints relating to contaminated land and the inability to re-use existing building materials or facades (the site was previously a car park). But they focused heavily on those targets that were achievable.

The building retains a high thermal mass, principally owing to its use of 450mm-wide Hemcrete for external walls. Hemcrete is a renewable concrete substitute comprising the woody core of sustainably grown hemp mixed with a lime-based render. It provides high U-values and low thermal inertia, making it an ideal material to provide a super-insulated, thermally efficient masonry envelope that minimises cold bridging and heat loss. The Hemcrete was used in conjunction with a glulam engineered timber frame, another naturally renewable material.

Daylighting also plays a key role in the SEC’s environmental strategy. The building has a relatively shallow floor plan that increases the impact of natural, as opposed to artificial, lighting. The centre of the building is filled with an atrium that,during daylight hours at least, is entirely naturally lit.

Conversely, mechanical intervention plays only a limited role in the building and there has been a rigorous commitment to designing out building services throughout. The block is entirely naturally ventilated and, once again, its shallow floor plan optimises the effectiveness of passive cross-ventilation. And, while the building is heated by an air-source heat pump, it is the full-height atrium - or “sun space” - occupying its southern facade that is responsible for the passive solar heating of the block when the sun is shining.

At a key stage we decided to adopt a rigorous, aggressive approach that reviewed every single credit that we hadn’t managed to meet

The southern facade is essentially treated as a twin-skin glass wall with the sun space inserted between each skin. The outer skin is entirely clad in brise-soleils, which help minimise solar glare and overheating in the summer. In the winter, the atrium retains warmth to enable solar heat gain. Solar flues at the top of the sun space also create an enhanced chimney stack effect, which draws in air from the open-plan floors and creates a natural flow to ventilate and cool the building. In earlier designs this rear facade was occupied by an external fire escape staircase. But the creation of the atrium has eradicated the need for chimneys elsewhere in the building and provides a conspicuous and symbolic synthesis between architectural design and environmental efficiency.

Ecology also plays a significant role in the SEC’s environmental strategy and BREEAM performance. A green roof, which will support a range of plant habitats, will be installed and a landscaped park is being laid out to the rear of the building. Other features that helped improve its score were rainwater harvesting and solar photovoltaic panels.

Russell Smith, the university’s estate manager, insists that having a clear philosophy about the building’s sustainability credentials from the very beginning of the project was key to its success.

“Right from the start the original building specification was not only built around BREEAM but built around plugging BREEAM’s holes,” he says. “We were determined to mix it with the best of Passivhaus.”

Furthermore, he insists that the process need not be prohibitively expensive or technically convoluted. “It was principally about belief, determination and ultimately value
for money,” he adds.

Indeed, many of the sustainability features employed at the SEC are not in themselves ground-breaking and are more than likely to be found on other buildings with energy-saving ambitions. But it is the uniform consistency of the environmental approach, systematically applied to every constituent part of the building fabric, that enables the SEC to perform so well. 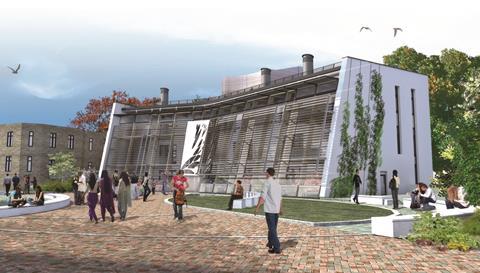