The university sector: Your starter for 10

Will the university sector make up for the lack of construction work elsewhere in education? 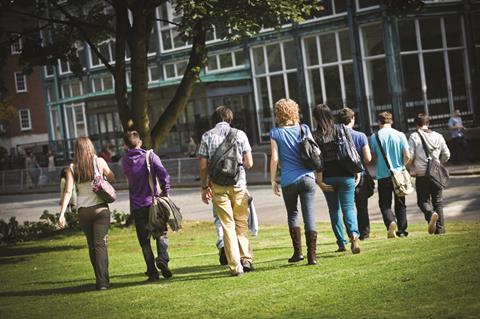 Ever since the brakes were applied to the schools construction juggernaut that was Building Schools for the Future, construction firms have been pondering how to fill the gap it has left behind.

It is easy to see why there is concern. The output of education buildings, including schools, colleges and universities built with both public and private cash held steady in 2011, dropping just under half a percentage point from the year before as spending cuts took time to hit. But in its summer forecast the Construction Products Association (CPA) predicted that falls of 15%, 12% and 2% were to come in 2012, 2013 and 2014 respectively.

Some firms have been looking to the university sector as a way to partially offset falls in the rest of their education work. But there is conflicting data about the prospects for university work, so can it really fill the gap left behind by the fall in schools spending?

A year ago there was talk that university work was beginning to grow. Universities began gradually restarting some projects that had been on hold while the sector waited to see what the new financial regime of fee rises and grant cuts would look like. At the time Barbour ABI reported £138.6m of higher education projects on hold had restarted in the first seven months of 2011, including £84.6m of university schemes. Universities were conscious that they needed to make their campuses attractive to win students who would be paying up to £9,000 a year for their degrees. They also needed to bring in overseas students, who have always paid much higher fees than their UK peers, as government teaching grants dwindled and universities were expected to make up the money from fees and other means.

Furthermore, earlier this year a survey of 52 senior estates staff at universities by contractor Wates found that most of them had building projects planned in the next year. It said 60% were working on a construction project worth over £5m, a further 19% would start one in a year’s time and another 8% would begin in two years.

But output data from the Office of National Statistics suggests this growth in work has not yet materialised on a national level. Publicly funded university construction output fell 4% to £1.2bn between 2010 and 2011. Unfortunately the ONS doesn’t record output from universities funded by the private sector separately, meaning it is difficult to judge the overall picture. But it does say output from privately funded work on both schools and universities - which includes privately financed university facilities such as student accommodation, private higher education institutions and also private and PFI schools - rose 3% to £2.3bn in the same period. It is impossible to know if any of this was attributable to an increase in private higher education work, and what the value of that was. Overall the changes in output in these two private and publicly funded spheres balanced each other out.

The idea of a steady rather than growing output is backed by data from Barbour ABI showing that the number of projects starting on site for universities and colleges dipped slightly this year from 578 in the year to 1 August 2011 to 554 in the same period this year. The number of projects taken off hold also flattened out this year, with the data showing that 62 projects came off hold in the year to 1 August 2011 against 55 in the same period of 2012.

But what of the future? New orders data from the ONS give a bit more detail - and it isn’t encouraging. Like the output data, the figures also show publicly funded work falling and privately financed projects increasing - but overall they point to a sharp decline. Orders of publicly funded university projects halved from £1.4bn to £717m between 2010 and 2011, while orders of schools and university projects backed by private finance rose 20% to £1.4bn in the same period. So even if all of the private increase could be attributed to higher education work, it means overall higher education and private school new orders dropped by £467m between 2010 and 2011. And the most recent figures - from the first quarter of this year - show this trend continuing. While Noble Francis, economics director of the CPA, points out that work generated from new orders does not all appear on site at once but is spread over several years, the figures certainly don’t point to the hoped for big increase in higher education jobs. 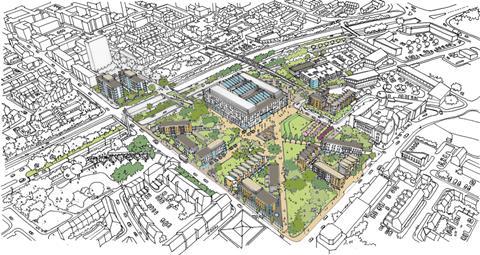 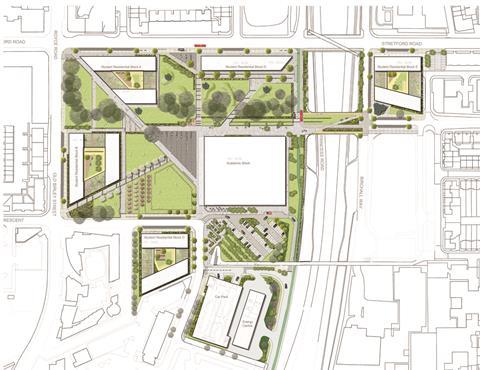 In some sense this should not be surprising because capital grants from the government are falling. The government has indicated that the amount it gives to the Higher Education Funding Council for England for capital grants for universities and higher education colleges is likely to fall from £265m in 2012/13 to £160m in 2013/14. The 2013/4 figures will be finalised in January 2013. Francis says 2011’s fall in new orders, which followed a rise in publicly funded university work in 2010, was inevitable because of these public spending cuts.

So what of the Wates survey, which predicted growth in university work? Stephen Beechey, Wates’ group investment director and head of education, says he’s seen “a small increase” in activity, but that a delay in the realisation of development plans mentioned by estates directors in the Wates survey can be explained by a time lag between universities talking about projects and beginning work on them. “Most university projects are traditionally procured and they have often been looking at them for a year or so before going to the market,” he explains. He adds that the elite universities are continuing to build and the current drop-off is relative to large amounts of activity in previous years.

I think work will remain at a pretty steady level. They will still do things but they won’t be the grands projets of the past

A reason for delay in work coming forward is that universities are gradually masterplanning or reassessing their estates. Rupert Goddard, associate partner at architects Sheppard Robson, says they are “taking their time to understand where to spend their money” so projects are slow to come forward. Some plan to consolidate themselves onto smaller sites and sell the excess land to fund the build programme. However they are unlikely to get a great price in the current market which is also slowing progress, says Goddard.

Despite the hold-ups, there are many contractors and consultants who are confident that university work will - slowly - increase. Wates’ Beechey says the work will eventually come forward, but the near term he expects a slight fall next year followed by a flattening out before a steady increase in projects. Philip Watson, design director at Atkins, expects to see an increase in university work this year. In time he thinks the combination of more university projects with extra work from the Priority Schools Building Programme could turn around the fall in education work. However the additional education work could take time to come through, especially since the majority of priority schools projects are PFIs. “These projects are a slow burn so they won’t plug the immediate gap,” says Watson.

The main academic building of the Manchester Metropolitan University

The projects being developed at the moment tend to be backed by public or private research grants or are part of wider regeneration schemes, according to Goddard. For example, Manchester University has announced it will set up a national institute for graphene research, while Manchester council gave Manchester Metropolitan University £10m of land for its Birley Fields development which consolidates its campus onto fewer sites and is part of the council’s regeneration plans for the area (see opposite). Subject areas where universities are trying to attract overseas students - engineering and business schools, for example - are still seeing investment but “swathes of institutions” in the mid and lower tiers are not spending money, Goddard adds. Student accommodation work is also happening, mainly in big cities for universities that draw in overseas students, he says. However banks may require universities to guarantee accommodation providers a certain number of students in order to lend on the project, so projects in less popular towns may not go ahead.

In future there may be more of a division between the spending power of the elite universities - which are best equipped to compete for students and research funding - and the rest. Despite the government’s intervention at London Metropolitan University last week, and the rhetoric around tightening visa restrictions for foreign students, some regulations are being relaxed. This year universities can recruit unlimited numbers of students with AAB and above at A-level - next year that expands to students with ABB. Patrick Finch, estates director at Bristol University, says several top universities have been thinking about how to recruit more of these students. “They will need to expand their estate and facilities to deal with it [the extra students],” he says.

As a consequence of cuts to public funding universities will have to raise a much greater proportion of the funds for their estates which could make long-term spending plans difficult. “You might see a couple of years of sustained effort [as universities try to attract more students] but it is hard to maintain in the long term,” says Finch. Universities will probably need to be making surpluses worth around 5% of their turnover in order to have enough to spare for capital investments. Many universities have surpluses around the 3% mark and would need to raise more money for long-term spending plans for their estates, he says. Bristol is continuing with its plan for £250m of developments and refurbishments in the 10 years to 2020 and could increase it a bit - “not by hundreds of millions but maybe £50m” says Finch - to cover expansion brought about by the lifting of restrictions of recruitment of students with the best A-level grades.

Apart from projects backed by money for scientific research or private firms, future university work is likely to be a bit more modest than some of the schemes that have gone before. Goddard says remodelling of existing buildings and schemes such as energy and data centres are starting to become popular. “It is about efficient running of the estate and keeping costs down,” he says. “I think it will remain at a pretty steady level [in future]. They will still do things but they won’t be the grands projets of the past.”

Manchester Metropolitan University’s Birley Fields scheme (pictured above) might be the kind of big higher education scheme that has become rare in today’s funding climate. However it is also an example of an education scheme that is part of a wider regeneration project, which is one type of university work that is still going ahead, says Rupert Goddard, associate partner at the scheme’s architects Sheppard Robson. The project has a £44m construction value and will help consolidate the university on to two campuses rather than the present seven. Making better use of space is certainly on the minds of many university estates’ directors: 16% told the Wates survey that rationalising space was the main driver of their estates strategies, and nearly 39% thought their campuses were not space efficient.

The Manchester scheme includes 1,200 student bedrooms, and facilities for the education, health, psychology and social care departments. The council and the university worked closely on the planning of the scheme. It is on a site given to the university by the council in an area of the city that the authority has been trying to regenerate for many years. “For the foreseeable future I don’t see projects of that size coming forward,” says Goddard. “But it’s likely they will be spending money on space utilisation projects.”