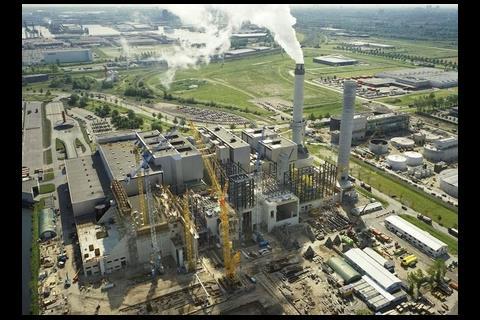 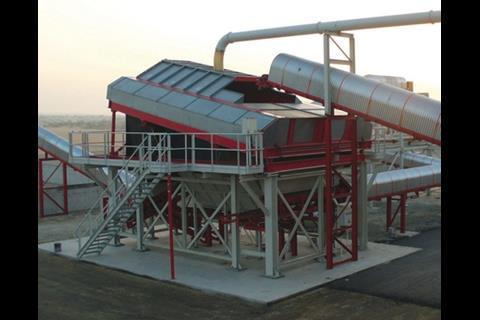 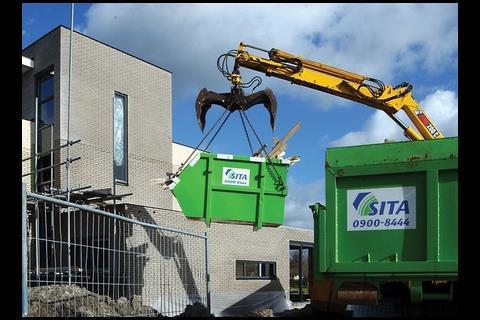 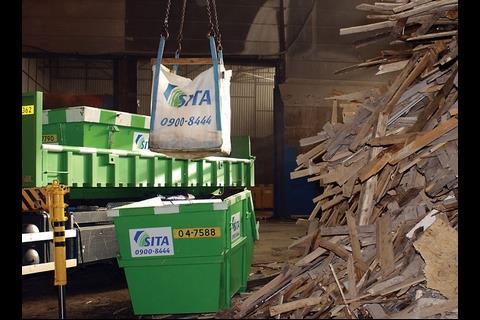 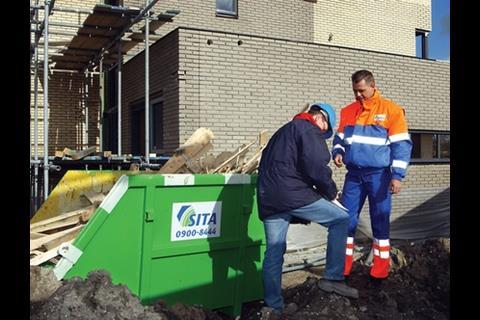 The UK’s performance on construction waste compares poorly with countries such as the Netherlands, where sending site waste to landfill has been outlawed by Michael Willoughby

Plentiful supply of natural minerals has left us on the back foot when it comes to recycling construction waste in the UK. We unearthed 200-275 million tonnes of natural aggregates in 2005, with a value of at least £2bn. But that’s left us poorly motivated to deal with our 110 million tonnes of site detritus.

Digging up all that hard material also leaves big holes in the ground, which is handy since 25 million tonnes – nearly a quarter of all construction site waste – goes straight back into the ground according to Dr Mike Watson, head of construction at WRAP.

This poor performance puts us near the bottom of the league internationally. Germany recycles between 60% and 80% of its construction waste, and while Japan sorts waste into nine different types on site we have only just introduced basic measurement in the form of site waste management plans.

We have much to learn from countries such as the Netherlands. Holland is unusual in being almost half made up of reclaimed land protected by dikes. The country recycles or reuses more than 95% of its construction and demolition waste. Sending it to landfill is almost completely banned and is, in the words of consultant engineer Dick Eerland, an “environmental crime”.

Eerland, of the eponymous Eerland Recycling Services in Geldermalsen, Gelderland, says the country’s almost total eradication of construction waste began when landfill capacity began to run out. In the 1980s, the country’s landfill tax rose from 10 guilders (£3.50) per tonne to 250 guilders (£90) per tonne. The Waste Management Council was formed in 1990 and in 1997 a ban against sending recyclable construction and demolition waste to landfill came into force. This was soon extended to all construction and demolition waste.

This is part of a battery of legislation that, Eerland says, has created a new market. “If you make the rules clear, the game is easy to play. You don’t have to invest a lot of money. Commercialise it and you will achieve the same results.”

To reduce the risk of investing waste processing facilities, the government shifted responsibility for strategic waste planning from the municipalities to the regions. Now, with nearly all the required facilities built, central government is managing the strategy centrally again.

As a result of the Netherlands’ planning strategy, companies are now screaming out to recycle Dutch construction waste for reuse. While builders pay recycling and reuse facilities about €100 a tonne to process their waste materials, treatment facilities can make more from selling the materials as construction products or converting them into energy.

There are more than 200 processing facilities in a country of 16 million people. One of the biggest, the Waste & Energy Company (AEB) in Amsterdam, holds a 50% stake in the local district heating system, which it supplies.

Most waste on Dutch building sites is separated at source, so it can be taken directly to a processing plant. Leen van Dijke, a spokesman for VolkerWessels, one of the Netherlands’ big three construction firms, says about 65% of waste is separated on site in partnership with waste specialists such as SITA. Small sites with too little room for several containers bring down that figure.

Mixed waste is sorted at the waste facilities. Coarse metal, wood and rubble are taken out first, then sand, plastic, paper and wood. A magnetic-belt separator will take up the ferrous metals, and handpickers on a conveyor take care of PVC piping and non-ferrous materials. The remaining concrete and masonry debris are taken to a crusher.

The construction products produced by these facilities are certified under the Netherlands’ Building Materials Decree. The government, the country’s largest construction client, takes the lead on using home-grown recycled aggregates.

Much waste is only fit for burning, such as fibreboard, which is converted into power in an energy-from-waste plant. There are 6.5 million tonnes of capacity in 11 plants in the Netherlands, and biomass produced enough electricity to meet more than 6% of the country’s electricity needs in 2005.

In terms of products, the most important to rock-free Holland is granulated rubble, which is crushed to make aggregate for roads and as a substitute for gravel in concrete. Asphalt waste is melted down for reuse, while plastic and gypsum are reused. Ferrous materials are recycled and toxic materials removed to comply with the Designation of Hazardous Wastes Decree (BAGA).

Even the by-products of incineration are used – 1.5 million tonnes of ash is a certified aggregate, 95% of which is used to stabilise cement.

Any materials not burned are recycled again. Technology developed by AEB with Delft University uses a combination of rapidly rotating magnets and water currents to extract fine metal particles, which would otherwise end up among the ashes at the bottom of the furnaces.

The Netherlands still lacks processing capacity. Most landfill sites have bought an exemption and can, in theory, take demolition waste, but at huge cost to the dumpers. So the pressure is on Dutch construction firms to minimise waste.

Cees Dijun, managing director of Amsterdam-based waste sorting company Nihot, which runs about 145 facilities in Europe, says there are more incentives in the Netherlands than in the UK for using recycled (secondary source) materials. “There’s a huge business in secondary source,” he says. “The cost of natural aggregates here is increasing and there’s an eco-tax on natural resources.”

Dijun says reuse of materials and the incineration-to-energy plants “pull on the flow of waste”. He adds: “Recycling will only happen when it makes business sense – it’s expensive.”

He is upbeat about the UK, saying it is his fastest-growing market. His organisation has 34 facilities in the UK, including outlets in Leeds and Liverpool buoyed by urban regeneration projects. “With the landfill tax rising, the economics of recycling in the UK will improve to make use of secondary building materials,” he says.

In the Netherlands, no such incentive is needed, says Eerland, because there is such a demand for materials to be processed by the waste facilities.

Is the UK keeping up?

Yet WRAP head of aggregates John Barritt contends that the UK performs better on waste management than our neighbours would have us believe. He says recycled and secondary aggregates make up 25% of demand in the UK, whereas in the Netherlands and Germany it is 18% and 15% respectively.

Among the more responsible members of the construction trade, UK recycling rates are good. Barritt points to a 2005 report from the communities department, which claims that just 0.5 megatonnes of the 90 megatonnes of construction waste ended up in landfill. He also cites a survey from the National Federation of Demolition Contractors, which showed their members recovering around 90% of such waste.

Clearly, site waste management plans and higher landfill tax will play a crucial role in halving the UK’s construction waste going to landfill. But there’s still plenty we can learn from our neighbours – and creating a financially rewarding alternative for the detritus is an attractive prospect that’s still within our grasp.