The structural steel sector has been knocked for six by the recession. No one knows this better than Severfield-Rowen boss Tom Haughey - not that he’s going to let that stop him expanding the business. The sheer nerve is admirable 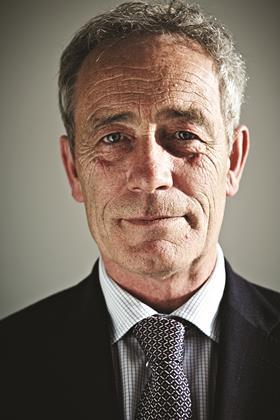 Bleak isn’t the word for it. It’s not that the steel industry is reeling from the downturn; it’s that the end of the pain looks so forlornly distant. And the longer it goes on, the greater the number of firms that will go under: “Companies often have sufficient funds to ride the recession out for a year to 18 months but this recession looks like it’s continuing for a prolonged period of several years. And people can’t wait several years, unless they have a viable continued business plan. Sadly I expect quite a few companies in the steel sector to go bust,” says Tom Haughey, chief executive of steel specialist Severfield-Rowen, sitting in the firm’s PR office, he is a picture of composure despite the fact he thinks the structural steel sector will be one of the hardest hit in the downturn.

And he has good reason to be concerned. The market for structural steel has halved in just three years since Lehman Brothers went bust in September 2008. This collapse in demand has come at a time when iron ore - the main component of steel - has trebled in price to $178 (£113) per metric tonne.

Such a run of bad news has had an eye-watering effect on Severfield-Rowen. Revenue is down a third from its peak in 2008, £395m to £267m. Margins have also dived 10% over the period, from the mid-teens to 5%. Of course, 5% for a specialist contractor is still a pretty strong position to be in under the current economic pressures. But the figures show how even the strongest of firms are suffering.

Haughey is head of the specialist behind steelwork at the Shard, Westfield Stratford, all five of the main 2012 Olympic venues but not Wembley - the firm famously turned down the contract for the ill-fated stadium, evidence it is not a company to rush into jobs it considers uncertain. But how does a man faced with such chaotic market conditions steer a 1,300-strong company through the storm? In a gruff, no-nonsense tone, he explains how Severfield-Rowen plans to defy the market.

In common with many firms in the industry, one of the main ways Severfield-Rowen is hoping to navigate the downturn is by looking abroad. Last November the company launched a joint venture in India - its first overseas outpost - with £3.5bn-turnover local steel manufacturer JSW to target opportunities in the country’s booming construction sector.

Haughey readily admits that breaking into the Indian market is no cakewalk. The market, after all, is dominated by concrete - most high-rise and commercial projects are built using this, rather than steel. On top of that, Severfield-Rowen’s factory-produced structural steel is quite alien to the market, as all India’s structural steel is assembled on site, rather than in factories. The firm has made a £500,000 loss on the venture so far.

But Haughey says it is common for new ventures to make an initial loss and - just 10 months in - he reckons Severfield-Rowen is starting to crack the market. The order book has increased four-fold to £41m since the company set up in the country in November, and he says he is already planning to beef up the Indian factory’s capacity. “We currently only have a very small fraction of the market so the potential in India is immense. We could double our capacity there and a few years later double that again.” Expansion could begin as early as the first quarter of next year, he says. “The drive is to develop our position in India as practically fast as we can to obtain earnings from outside the UK and offset stagnation in the UK,” he adds.

Given Haughey’s explosive projections for the Indian business, can we expect other Severfield-Rowen operations abroad in the near future? “We have identified opportunities in South America and in other parts of Asia, but our concern is we may run the risk of diluting our efforts in the UK and India,” says Haughey. “For now we’re concentrating our efforts on extracting maximum potential from these two markets.” The firm may open a third front in three to five years’ time at the earliest.

But this strategy does not preclude other, more opportunistic, forays abroad. Haughey reveals that the firm is in discussions with the authorities behind the Rio 2016 Olympics and Qatar 2022 World Cup about taking on potential consultative roles, making the most of its extensive experience constructing the London Olympics.

Turning things around at home 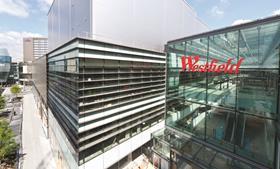 The grass may look greener abroad, but Haughey stresses that the UK is still his “primary focus”. The firm is turning over £266m, has an underlying group operating profit of £15m and a £249m forward order book. He argues that Severfield-Rowen is leaner and in better shape to grow out of the downturn. He ran the rule over costs in 2010, resulting in the firm cutting manufacturing capacity by 20%. More than 100 of the firm’s 1,400 employees also left the company and those who remained took pay cuts - a period Haughey describes as “very unpleasant”.

Despite these cutbacks and plummeting demand for structural steel, the firm actually grew its relative market share over the last three years, to 20% of the sector. It is now about twice the size of the second-placed company, William Hare, and around five times the size of third-placed Rowecord Engineering. Furthermore, Severfield-Rowen has recently invested between £2m and £3m into the business to develop its product range and entrench its market-leading position.

“We’ve invested heavily to differentiate our company from our competitors,” Haughey says. This investment has been directed into developing more specialised steel products.

Haughey says the firm has encountered more difficulties trying to mitigate volatile steel prices. Where it can, the firm tries to negotiate contracts linked to steel prices on longer-term contracts, but not every client is interested. “In this environment, where there are some very tight financial constraints, many clients do not want fluctuation; they want certainty.” He adds that the firm maintains “very close” working relationships with its supply chain to try to manage steel price fluctuations. The firm is also having to contend with the growing problem of late payments, Haughey says.

Such is the grisly reality blighting all steel companies, which is why Haughey predicts “quite a few” of them won’t survive. But for Severfield-Rowen - which has built up a strong reputation in the London commercial market working on projects such as the Shard - Haughey is predicting good things. The firm recently won the steel package on the prestigious 52-storey Cheesegrater tower in the City and Haughey believes it will see further growth in the commercial office sector. “We see pretty strong pipeline opportunities in the commercial sector in London and I believe there are two or three more towers out there for London,” he says. The firm is also targeting growth in the energy and distribution sectors. But Haughey says he is seeing other sectors, including town centre retail, infrastructure and public sector work decline again. “The big question on everyone’s lips is whether one will offset the other.”

He is pleased the firm’s order book is marginally up on last year, in spite of the fact that all its Olympic work is wrapping up. He adds that work is booked for all the company’s factories for the next 12 months. He’s less thrilled, however, that he hasn’t got any tickets for the Games. He only knows of one person in the entire firm who managed to get some: “Our Indian partners presumed because we’re doing all this work on the Olympics that we could obtain some tickets for them. They were disappointed when we had to explain: ‘nope, we haven’t got any’.”

Haughey will have to console himself with the Olympic-sized task of successfully guiding one of the most hard-hit specialist sectors in construction.