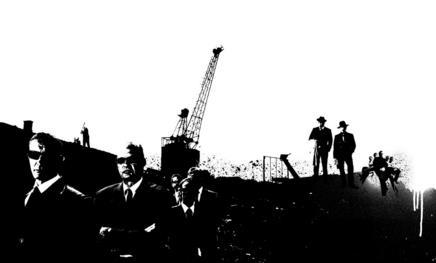 QSs are facing a fight as property firms and contractors try to muscle in on the hugely lucrative project and programme management market .

Well, it’s not exactly the Bloods and the Crips fighting street by fractured street for control of Los Angeles, but the struggle for the British project and programme management market and its mouthwatering margins is about as intense.

This week, contractor Laing O’Rourke muscled its way into this turf war, poaching staff from US engineer Bechtel to set up a programme management arm. Meanwhile, on the other side of the street, QS Gleeds is plotting to grow its project management arm from a fifth of turnover to a half by 2012. Things could be about to get downright ugly.

The kingpins of project management are the big QSs such as Turner & Townsend, Davis Langdon, EC Harris and Gleeds, and engineers such as Atkins and Mott MacDonald. These firms have been establishing themselves on this ground for a while, and some, like Gleeds, have big plans for the future.

Programme management, which involves co-ordinating a number of projects, is more associated with US engineers such as Bechtel, the global godfather in this arena, but they are under threat from the QSs.

Rob Smith, Davis Langdon’s senior partner, says: “Certainly the next move for us will be into programme management. That sits above project management.” David Sparrow, the managing partner of EC Harris, wants to expand its programme management division and also take on more delivery responsibility for projects. He adds that boundaries are blurring across the sector: “There’s much more overlap now with the likes of management consultants, estate agents, facilities management companies. I expect it’s the smaller QS practices that are being pushed down the food chain.”

But the QSs are themselves in for a fight with the contractors. While Laing O’Rourke is planning to set up its programme management arm, other firms are grappling for market share at the project level. Lend Lease Projects, a division of Bovis Lend Lease, employs more than 300 project managers and has a fee turnover of £33m. It is “growing at about 20% a year”, according to David Sutton, its head. “We want to continue to expand because it’s profitable. To be the best project manager you need to be able to manage the whole thing from cradle to grave – not just construction but design.”

Then there is Balfour Beatty Professional Services, which was set up in 2003, and now employs 520 people, including 60 project managers. David James, the managing director of Balfour Beatty Management, says: “We were fed up with Americans coming over and telling us that they could do all the project and programme management.” Now, though, PFI projects are driving the division. “We have 30 PFI projects where we’re the client so we’ve brought together contractors and consultants in an integrated business.”

Building’s annual domesday reckoning of the consultancy sector, published a couple of weeks ago, suggests that the sector as a whole is growing at a tremendous rate: the number of project managers employed by the leading 50 firms had risen by 35%.

It’s a semi-captive market – as long as we’ve got people to deliver the service, it’s a half-open door

It’s not only contractors that are swelling the numbers; there is also a push from surveyors and property consultants such as Knight Frank, Cushman & Wakefield and Drivers Jonas. Among the most aggressive is King Sturge, the 22nd largest project manager in the table.

“It’s been a priority for a couple of years, and it’s certainly attractive,” says Jim Rowland, head of King Sturge’s building consultancy and project management division. “It will squeeze the traditional QSs quite hard.” Last year, King Sturge earned £8.5m of its £162m turnover from project management, and it aims to increase that to £15-20m in the next three years.

Rowland says: “We can find the site for the client, negotiate a deal, advise it on tenants and then on the sale and management. If we don’t do the construction bit in the middle, we lose continuity.” And if they do, they are more likely to be retained for the whole project. “Long-term involvement over three or four years makes income more predictable.”

In language that may alarm QSs of a nervous disposition, he adds: “It’s a semi-captive market because we know the clients. As long as we’ve got people to deliver the service, it’s a half-open door.”

Property consultants are involved right at the start of a project, so get earlier tip-offs when jobs come to the market, and – their trump card – they can offer a holistic view of the costs of a project.

Drivers Jonas is another property firm that’s been beefing up its project management business. Mike Cuthbert, a partner, says it has always accounted for a quarter of the firm’s business, and is now worth more than £15m a year in fees, a figure Cuthbert intends to double within five years. “We come with knowledge of value rather than just cost,” he says. “If we’re talking about the finishes, we’d be asking what’s going to attract the best tenant and the best rents, rather than taking the cheapest option. Clients like that.”

Not only are these interlopers taking QSs’ business, they’re stealing their staff, too. In Building’s survey of consultants, 97% were trying to recruit. They are likely to succeed, too: anecdotal evidence suggests that QS staff moving to a contractor earn 15% more. Property consultants pay comparable salaries to their construction rivals, and many also offer annual bonuses of 30-40% of an employee’s salary.

And what of the QSs? What are they doing to defend their turf? Derek Pitcher, deputy chairman of Cyril Sweett, is unruffled. “In my experience, the project management service provided by the general practice firms is more a client-facing service than the nittygritty of construction. They’re not generally competing with us on major projects, and it’s difficult to see how they’d be able to offer the right expertise. Clients on those schemes are looking for the big QSs.”