Understanding the changes to Part L

The new Part L Building Regulations come into force in April and while they may not be as rigorous as some would like, the emphasis on fabric efficiency will still put pressure on housebuilders 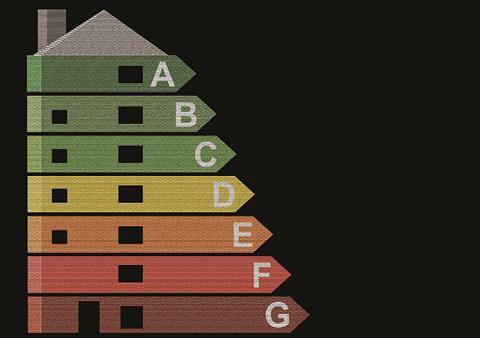 After much anticipation, the new Part L Building Regulations were launched late last month. The approved documents set out the guidelines for conservation of fuel and power in new buildings and for a long time the launch has been seen as a key step in the government’s pursuit of its carbon neutral target for all new English homes by 2016.

Some have been disappointed that the new documents do not go far enough with regard to energy efficiency in houses, particularly after it was announced earlier in the year that the government’s initial target of achieving an 8% reduction in domestic carbon emission standards was to be reduced to 6% (aggregate). The new guidance also sees a 9% uplift in non-residential buildings, a significant shortfall from the 20% improvement initially proposed during the earlier consultation period.

Nonetheless the new regulations still incorporate a number of changes that will have a significant impact on what housebuilders will have to do in order to ensure that their buildings comply with the regulations when they come into force next April.

Therefore, whereas previously a housebuilder might have been able to comply with the regulations by gaining a cumulative performance score derived from satisfying several requirements, (as with, say, BREEAM) compliance will now be weighted specifically in favour of average compliance with key fabric energy targets.

The approach is based on the premise that “preventing” energy waste by ensuring that the fabric of the building is adequately insulated and airtight, is preferable to “curing” the punitive consequences of poor efficiency (that is, increased heating costs, additional mechanical ventilation).

So what will this new emphasis on fabric energy efficiency require in practical terms? The regulations will specify U-values of around 0.13W/m2K for walls and roofs, 0.18W/m2K for walls and 0.0W/m2K for party walls and between 1.0 and 1.4W/m2K for doors and windows depending on their relative solidity and opacity. There is also a new requirement for airtightness, with the regulations seeking a minimum value of 5m³/m²/hr @ 50 Pa. At values below this level mechanical ventilation must be considered.

There will also be a thermal mass target of 250kJ/m²K. This medium level target may make it is easier for low thermal mass dwellings such as timber frame or other lightweight construction types to achieve the required TFEE. The emphasis on fabric energy efficiency also makes the issue of thermal bridging crucial.

Although minimum thermal bridge length and psi values at junctions have generally been kept in line with SAP 2012, some levels have been tightened and may prove harder to meet given the new regulatory emphasis on fabric efficiency, of which thermal bridging forms a key component. Merely meeting “default” thermal bridging targets will now mean substantial over-performance in other fabric energy efficiency areas to compensate.

In statutory terms there is another key change: the new regulations have been based on a notional dwelling target rather than being derived from “uplifts” or revisions applied to previous approved documents.

Generally, some within the industry, believe that the Part L changes will make it easier for small housebuilders to comply than it will for large ones

Generally, some within the industry, including Ducker, believe that the Part L changes will make it easier for small housebuilders to comply than it will for large ones. This is because larger housebuilders will no longer be able to avoid concentrating on delivering fabric energy efficiency and must implement these changes across larger developments.

Nevertheless, there might still be wriggle room. The regulations incorporate an option for multiple dwellings to comply as part of a larger development where some properties have gone further than the minimum performance required. This would unlock a floor area weighted approach for terraces or blocks of flats, for instance, which would enable individual dwellings that fell short of the recommendations to avoid penalisation.

Overall, there were few surprises for housebuilders within the changes to Part L - they had already been heavily trailed beforehand and, as we have already established, they fell short of previous government targets for domestic carbon emissions reduction. In fact for some, what has not been included within the new approved documents may prove to be as significant as what has been.

The regulations still only apply primarily to new build housing and cannot be automatically enforced on residential extensions or refurbishments.

With new or recently built properties making up only a fraction of the approximately 21 million homes in the UK, it is obvious that changes to new build construction alone cannot be expected to deliver the government’s ambitious carbon reduction targets for 2016.

And the new regulations do not affect the controversial ongoing practice of transitional arrangements. This essentially allows a developer to be bound by previous less stringent regulations if only part of the construction of a housing development is begun before new regulations come into force. Ending the practice is beyond the legislative reach of Part L and would require a new act of parliament. With none forthcoming, who wouldn’t predict a flurry of housing site construction starts before next April?

The print title of this article is “Fabric toughener”