Victorian Passivhaus: a Haus in Hackney 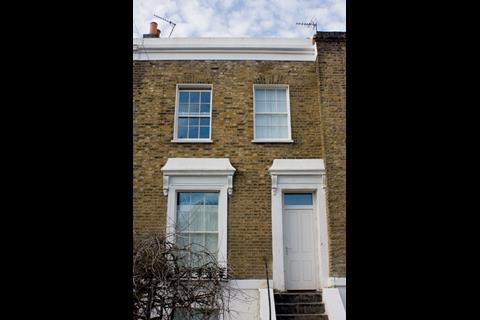 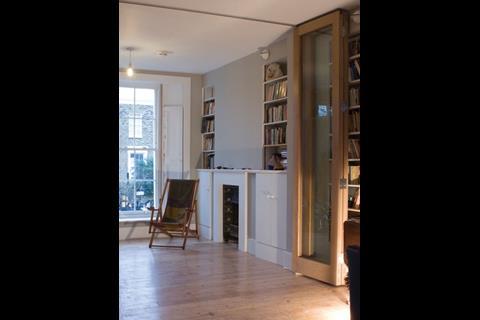 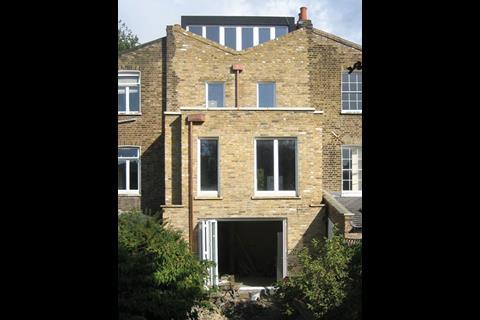 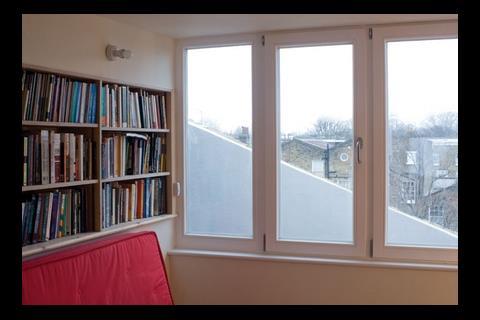 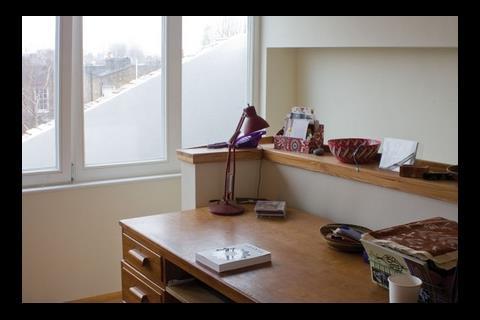 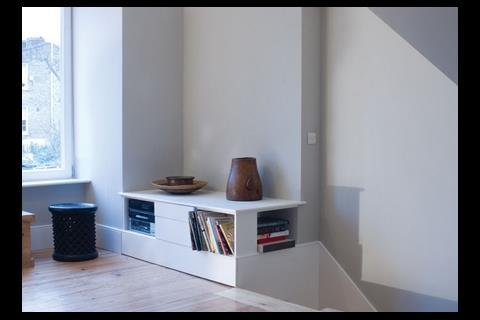 Opening up the stairs has created more internal space 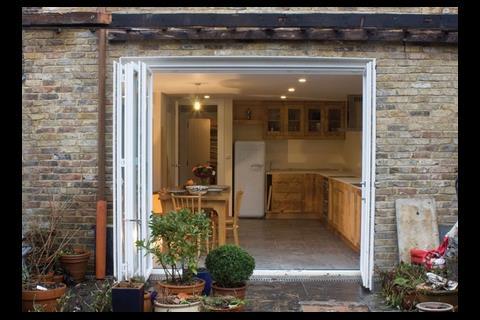 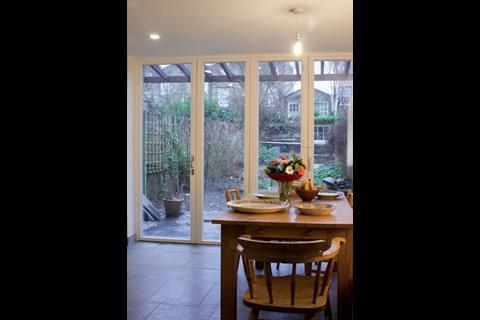 Is it possible to refurbish a Victorian house in a conservation area to Passivhaus standards? In the last in our series on upgrading existing homes, Thomas Lane visits one east Londoner who was determined to find out

Greening existing housing is hard enough even without the stringent rules of a conservation area such as De Beauvoir Town in Hackney, north-east London. With its unspoiled, elegant Victorian two and three-storey houses, it is the sort of place where double glazing and thick insulation are frowned upon.

But energy consultant Robert Cohen and his partner Bronwen Manby were determined to set about refurbishing a modest three-storey terraced house in Culford Road, De Beauvoir Town, to the highly demanding Passivhaus standard. “I was intrigued to see if a house like this could be made to emit 80% less carbon,” explains Cohen. So how did they do it and was the effort worth it?

Planning permission aside, achieving Passivhaus standard in an existing home is extremely difficult. “It has taken two-and-a-half years, which is an extraordinary amount of time for such a small job,” sighs Robert Prewett, partner in Prewett Bizley Architects, which took on the job.

Structures built to Passivhaus standard have an air leakage rate of just 1m3 of air per square metre of facade at a pressure of 50Pa – that’s 10 times stricter than the level expected by Building Regulations. Typically 300mm of insulation is needed in the walls. Homes also need mechanical ventilation systems with heat recovery. Prewett says the house was tiny, with two rooms on each of its three floors – the rear rooms being particularly poky because of the staircase. Adding a lot of insulation would make the house virtually uninhabitable. “You would start off with 100m2 and end up with just 85m2,” he says. “It was clear immediately we needed to extend the space.”

Prewett Bizley proposed a 2m deep, full width two-storey rear extension and reconfiguring the stairs to create decent sized rooms on the lower two floors. It also suggested a roof extension. This would take the house up to 120m2 after allowing for insulation – a net gain of 20%. The two-storey extension meant rebuilding the rear elevation as a cavity wall, making insulating it easier. But such dramatic extensions in conservation areas are anathema to the average planner.

Sure enough, initial discussions were not promising. “I met the conservation officer and tried to explain what we were trying to do,” says Prewett. “He said he quite liked it, but couldn’t possibly approve it because it didn’t follow the design guidance.” The conservation officer advised the architect it could go through if the design was spot on and the architect could put together a compelling case for the project.

Research revealed two other full-width two-storey extensions and seven examples of reconfigured roofs in the immediate vicinity. “Our argument was that the character of these houses was a chaotic jungle and ours was another example of this. It didn’t affect anyone’s daylight, was quite polite and low carbon,” says Prewett.

At the beginning of 2008 the application was submitted to the council. “The case officer wasn’t at all sympathetic and said he was going to refuse it, so we withdrew the application so there wasn’t a refusal on record,” says Prewett.

More meetings, protestations and negotiations followed, with a second application submitted in April 2008. The council eventually said the scheme could go through in June, but couldn’t give formal permission. “They said they hadn’t advertised the application in the local paper, which is due procedure,” says Prewett. “I became fairly bitter at this point.” It took another two months for the council to tie everything together and grant formal permission. “I have never had so many meetings or spent so much time on the phone,” sighs Prewett. “I genuinely thought the client would give up.”

With planning secured, the work could kick off on the demolition of much of the interior and the rear wall. The rear wall was rebuilt as a cavity wall, with 200mm of insulation. The front wall had to be retained and internally insulated as the home is built from stock bricks. A shallow cavity was created on the inner face of the wall with battens and a layer of orientated strand board fixed to this. The idea behind the cavity was to create a ventilated space to deal with any moisture ingress. A Knauf product called Polystud was used to minimise thermal bridging – it is a batten made from extruded polystyrene. As the Polystuds are only 70mm thick, two layers of these were needed to achieve 140mm of insulation to the front wall.

The party walls were also insulated for acoustic reasons and to retain heat if the neighbours went on holiday and turned their heating off. Here the walls were rendered to seal up any holes, and 60mm of insulation fitted between metal studwork.

Chimneys are a big source of heat loss so the idea was to insulate these by filling them with vermiculite, a form of loose insulation. Smoke testing revealed the flues were in poor condition and leaky. “We were worried that if we tipped a load of vermiculite down the flue it would end up in the neighbour’s bedroom,” says Prewett. Instead the chimneys were capped at the top and in each room to stop water ingress and heat loss.

In such a well insulated home, thermal bridging was an issue. The two leaves of the cavity wall are supported independently over openings rather than using proprietary products, which would bridge the cavity. The wall terminates as a parapet above the roof and is capped by concrete coping stones.

A way had to be found to stop the coping transmitting heat between the two leaves. A foamed glass product called Foamglas appeared to be the answer. “It’s one of those mythical products we would all use if we could get our hands on it,” says Prewett. “We had to get it from Belgium; it took four weeks and was quite expensive as it was such a small quantity.”

Triple-glazed windows were fitted at the back of the house, but this wasn’t acceptable at the front. Prewett sourced a double-glazing unit called Slimlite, which as the name implies is very slender. Moreover, the seal around the edge extends just 6mm over the unit, making it easy to cover up. The sashes are no thicker than single-glazed ones and the overall result is very elegant, with an overall U-value of 2.0W/m2K.

Probably the biggest challenge was making the home airtight. A plywood box was fitted around the windows and plastered in to seal the cavity. The oriented strand board was the main plank in the airtightness strategy as this was used to clad all internal walls. The idea was that the joints would be taped up and plasterboard fixed over this once the house was proven to be airtight. “The tape is 50p a metre and we got through hundreds of metres of the stuff,” says Prewett. “My guess is the taping work alone came to several thousand pounds worth of work.”

With all the joints taped up, a day was set for the airtightness test. The initial test revealed a leakage rate of 5m3/hr/m2. After a day the team had got this down to 3.5. “All of us had foam guns and mastic tape,” says Prewett. “The builders thought we were crazy but when they saw the air pressure fan and the air disappearing out of the building they became quite engaged. The tester said it was the best airtightness result he’d ever seen and we should congratulate ourselves and go down to the pub.”

But it wasn’t good enough – the house needed an airtightness result of one or less to take advantage of the mechanical ventilation and heat recovery system. A second specialist came up from Cornwall to test the property, going around with a smoke puffer to find any leaks. “He identified things that we thought couldn’t possibly leak,” says Prewett. This included air leaking around a screw in a wall at the top of the house.

The tester came back a week later after the team had got through a few more rolls of tape and pronounced an air leakage level of just 1.2. Prewett says this will be brought down to one.

Now the house is finished, what is it like? Despite the impressive airtightness result, unfortunately the team couldn’t quite meet Passivhaus standards because of the double glazing at the front (triple glazing is standard for Passivhaus) and heat loss through those uninsulated chimneys. But it’s still pretty good – Prewett says it should emit 76% less carbon than the original home. The Passivhaus standard for space heating and hot water is 15kWhr/m2 per year and Prewett reckons this home will come out at 22-23kWhr/m2 per year. The heating load is just 3kW and is supplied via underfloor heating on the lower ground floor and heated towel rails in the bathroom.

The enlarged spaces also work well. The living area on the ground floor is more generous than the original with space for a proper ensemble of chairs and there are views over the garden. The same is true downstairs for the kitchen and dining area, which benefits from folding patio doors that open directly onto the garden. The roof extension is fairly small as it is set well back from the front facade so it wasn’t visible from the street, but it is an adequate bedroom-cum-study.

However, this is a root and branch refurbishment so fans of traditional Victorian houses might find it too modern – although an original fireplace has been retained on the ground floor.

Is this a model for the housing of the future? Probably not for several reasons. First, this could only work if a house was being completely remodelled. Second, it was expensive: a standard refurbishment on a house like this typically costs between £120,000 and £180,000 but going for such a tough target added £60,000 to the cost. Prewett stresses this project was a prototype and this could be brought down to £40,000 with experience.

In addition, the success of this job is partly down to being able to extend the space to make up for that lost to insulation and this wouldn’t always be possible. Cohen regrets that his new home isn’t a model for mass upgrading, but still thinks it was worth doing. “It is not a complete answer for hard to treat homes but it does demonstrate it is possible to reduce emissions from pre-1900 housing by almost 80%,” he says. “We have also created a house which will be a nice place to live.”

Watch a video of the Culford Road house at www.building.co.uk/buildingtv.