At a cost of £700m, nearly three times the initial estimate, questions are being raised about why the price tag of the former Olympic stadium, soon to be West Ham’s new home, snowballed so drastically. With fingers already being pointed, who is really to blame? 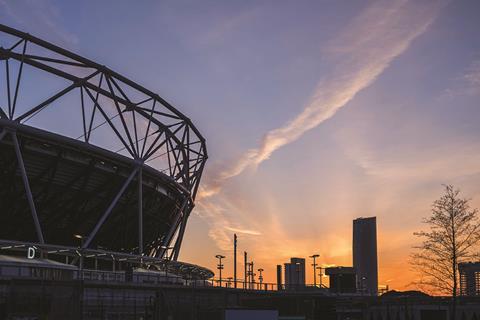 Even against the popular stereotype of budget-busting UK construction projects, delivering a £280m stadium at an ultimate cost of £700m - nearly three times the initial estimate - looks pretty steep. But that is the final price tag of the 54,000-seater former Olympic stadium in Stratford, which is about to be handed over for use by premier league club West Ham.

The total comes after the initial build for the Games, carried out by Sir Robert McAlpine, nearly doubled in price to £428m after the detailed design was done. Since then the cost of converting it from the largely temporary athletics stadium to a permanent multi-use arena has ballooned, starting at £154m, and reaching £272m at the latest estimate - though the full cost will only be known once the account is finally settled. Of this £700m bill, less than £20m - a mere 3% - has been contributed by the private sector (though West Ham will now pay the public sector £2.5m rent per year for its use).

The London Legacy Development Corporation (LLDC), which has overseen and commissioned the conversion, unsurprisingly says the eye-watering cost is justified by the fact it means London can claim to have avoided the most dreaded phrase in the whole Olympic lexicon: the White Elephant. Instead of the loss-making 25,000-seater athletics facility envisaged under the original plans, the Queen Elizabeth stadium will be a profitable business, home to both West Ham and UK athletics, and a venue for concerts and other international sporting events. But can the cost of this asset really be justified like this in an age of austerity? Why couldn’t better decisions have been made earlier on to keep the price of conversion down? And what happened on the stadium conversion job that meant that main contractor Balfour Beatty’s price tag snowballed by 75%?

Margaret Ford, the chair of the legacy body - then called the Olympic Park Legacy Company (OPLC) - until the Games in 2012, is pretty clear that much of the responsibility for the final bill lay with those who planned the 80,000-seater stadium for the Games. “If we had built it to be a multipurpose arena in the first place then we would have saved all these costs. By the time I came in,” she says, which was in 2009, “the decision had been taken.”

Part of the problem was that the UK had promised the International Olympic Committee in its 2005 bid that the Games would leave a permanent athletics stadium as a legacy, but that it was quickly apparent that athletics events alone wouldn’t pay for the upkeep of the venue, or bring in regular visitors to the park. However, both UK Athletics and the International Amateur Athletics Federation were vehement in defending this use against any suggestion the promise be watered down. “The athletics community has to share some of the responsibility for this,” says Ford, now chair of property firm Grainger. “Their absolute focus on a single-use stadium in legacy led to the original design. Inevitably, huge costs were incurred when the decision was changed to deliver a multi-purpose stadium.” 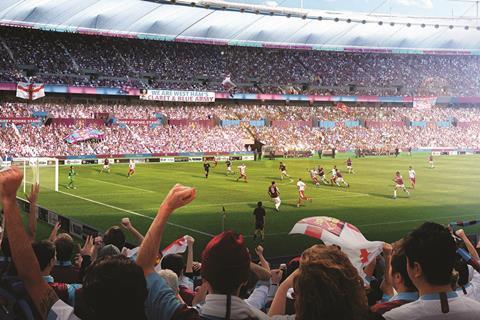 The stadium will be the home of West Ham football club

The design then being worked to envisaged the vast majority of the above-ground stadium seen in the 2012 Games being dismantled afterwards to leave a roofless concrete bowl largely sunk into the landscape; a design that Ford describes as “really, really dull.” The LLDC’s current chairman David Edmonds, who joined the legacy board first in 2009, says: “When I arrived and saw the first designs for a 25,000-seater, no-roof athletics stadium, it became clear to me it was not likely to have great appeal to a British public who’d seen a wonderful Olympic stadium. Yes, I would have wished the stadium had been built with the roof from the start.”

Ford says the arrival of Boris Johnson as London mayor was instrumental in getting the vision changed, with his predecessor Ken Livingstone not having been keen on bringing a football club in. “The biggest single most difficult challenge in the park was getting that vision changed, and helping push for that was the biggest thing Boris brought to the proceedings.”

Even when the change of plan had been agreed, finding a club to take on the stadium quickly became mired in problems. A competition in 2010 to find a user - which West Ham won - had to be re-run after losers Tottenham Hotspur and Leyton Orient threatened legal challenges citing conflicts of interest in the legacy body, amongst other things. When the second competition, this time for a user rather than owner of the stadium, finally plumped for West Ham again in 2013, even this was plagued by threats of legal challenges over potential breaches of state aid rules. Nevertheless a deal, involving £40m from Newham council, £15m from West Ham and a £149m slug of funding from the Treasury, was reached. In early January 2014, a £154m contract to undertake the work, including the vital conversion of the roof, was let to Balfour Beatty, working for the LLDC via the LLDC’s project management partner Mace.

But it wasn’t long before it became apparent the job was going to be far harder than originally estimated. The fact that most of the original build had been temporary meant that large parts of the structure had to be taken down and rebuilt. Foundations and piling had to be redone and strengthened in order to bear the strain of supporting what is now the largest cantilevered roof in the world. In addition, seating inside the stadium had to be ripped out so retractable seating could be installed to allow the venue to convert between football and athletics uses.

Edmonds says: “The roof cost a lot more than we thought, because once we started to do the designs for the cantilevered roof, we realised that more strengthening had to go in than originally expected. Secondly, the development and evolution of the retractable seating has also been more expensive. I don’t attempt to hide the fact it has cost a lot more than originally planned.”

By December that year the cost had risen by £36m to £189m. One source close to the situation said that the LLDC, Mace and Balfour Beatty debated who was to blame for the increase, with Balfour arguing it had not been given enough information to price the job correctly. After talks between Boris Johnson - by then LLDC chair - and then Balfour chairman Steve Marshall, the LLDC agreed to increase Balfour’s contract fee. However, subsequent to this deal, concluded in late 2014, the price of the contract soared once again in mid-2015, by a further £83m, to £272m. 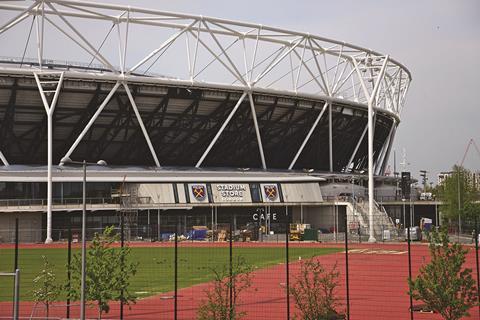 As well as being the home ground of West Ham FC, the stadium will be the flagship venue for UK athletics

No fault has ever been publicly apportioned for the increases, but Edmonds confirmed that no legal action was either under way or expected in relation to the contract. A spokesperson admitted in a statement that costs could still rise further. “Once we’ve closed out all of the contracts we will update [the cost] as necessary,” he said.

The man who oversaw the stadium’s development for the Games itself, however, David Higgins, rejects any suggestion that he made the wrong call with the design. Higgins says the Olympic Delivery Authority, which he was chief executive of, did everything it could to explore the idea of bringing a football legacy to the stadium, but that bidders were not forthcoming. This was in part because West Ham, which initially wanted to move to the ground, was then undergoing an ownership tussle between Icelandic businessmen Eggert Magnusson and Björgólfur Guðmundsson, with winner of the tussle Guðmundsson quickly going bankrupt after the 2008 financial crash before current owners David Sullivan and David Gold acquired their controlling stake. Higgins says: “In 2007 we tendered for any interest and when the deadline date passed there was no interest from any party. West Ham was just not capable of financial commitment and we gave them every opportunity.” In the situation, he says, it wasn’t feasible to sign off the additional £100m required to build the stadium as multi-purpose. Even designing the stadium so that a later conversion would have been easier wasn’t possible, he says. “It still would have been a very material increase in the cost, and at the time we had no indication anyone wanted to use the stadium at all. We went through all the options to get a permanent use.”

Both Ford and Edmonds have no doubt that given the design they inherited, the cost of the conversion was a good investment. Ford says: “If you weigh the investment against 50 years of this stadium being a drain on the public purse it evened out, the public value case stacked up.

“But the psychology mattered more than the economics of it for me. To have a deteriorating asset right in the centre of the park would have been a total disincentive to other investors. Rather than life and vitality you’d very quickly have the exact opposite. The park needs it.”

David Edmonds admits that the conversion cost was “considerable.” But he says: “I think we’ve got something that any other Olympic stadium in the world would go green with envy looking at - I don’t think there is another one like ours, in fact I know there isn’t. Once the stadium re-opens [on 4 August] and people get a chance to have a look at it, at its flexibility and its versatility, they can make their own judgement.” In the age of social media, there is at least no doubt he is right about that.