Ahead of the spending review later this month, Building looks at the prospects for investment in construction 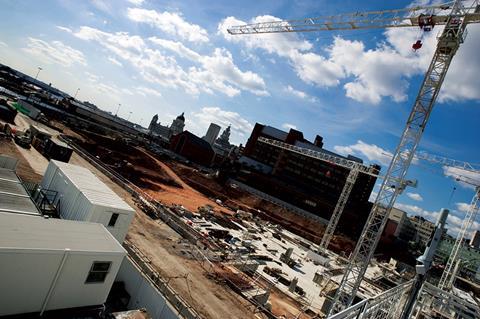 This month will be an important one for the future of the UK construction industry. With the economy still struggling, the chancellor will lay out his vision of how the government will spend its revenue from April 2015 onwards, at the end of the month.

Given that the Labour Party has now committed itself to keeping to the government’s spending plans, this means that, whichever party is elected in May 2015, the decisions made by the chancellor this month could end up setting the framework of spending policy for the best part of the rest of the decade. In doing this it will give a clear indication of what areas - if any - the government can expect the sluggish economic recovery to be supported by further government capital spending.

This year we’ll hopefully see the Mersey crossing coming on stream, but nuclear new build is the great imponderable. We’re having to be more cautious in our predictions

To mark this, Building is running a two-part series, starting this week, looking at the economic state of play for the construction industry. This week we provide an at-a-glance guide to the UK’s prospects in terms of the construction economy. Next week, we will look forward to the 26 June spending review, detailing what areas of capital spend are vulnerable to further cuts, and if there are any prospects for spending on public building projects to actually increase.

Data from the Office for National Statistics shows that since the coalition came to power the majority of the 9% fall in new build construction output between 2010 and 2012 has come from publicly funded construction projects. Whereas infrastructure work has only fallen off marginally and the private sector has flat-lined, publicly funded building work of all kinds has dropped by 24% following the slashing of the government’s capital budgets, particularly in housing and schools. This means that whereas publicly funded work accounted for a quarter of all new output in 2010, it now accounts for just a fifth.

But with some improvement in the economy this year, forecaster Experian is now raising its expectations for the performance of the construction sector in 2013 compared with those laid out six months ago.

So where does the market go from here?

Output remains near the all-time high of 2011’s £15bn infrastructure spend, which was boosted by Crossrail and the Olympics. However, rather than representing the success of the current government’s infrastructure construction focus, this high was largely the result of projects approved by the previous government, so long is the lead-in time for infrastructure projects. The question for companies looking for work in the infrastructure sector is whether the current high levels of work will continue beyond Crossrail’s main construction phase. This is dependent on financing being found for the schemes in the government’s £310bn National Infrastructure Plan, and on key projects such as the Hinkley Point C nuclear power station being given the go-ahead.

The most recent new orders figures are not encouraging, with orders for the last 12 months running significantly below the actual output, and the Q1 figures published last Friday showing a dramatic drop of 50% on the previous quarter. However, the first cash from the £1.2bn pot promised from the government for repair and maintenance work is expected to come through this year, and roads spend is expected to rebound. James Hastings, head of UK construction forecasting at Experian, which is forecasting growth of 6% this year, says: “This year we’ll hopefully see the Mersey crossing coming on stream, but nuclear new build is the great imponderable. We’re having to be more cautious in our predictions of when this work will get off the ground.”

The private housing sector has been the biggest success story of 2013 so far, with listed builders reporting pre-tax profits up by an average of 70%, a successful Initial Public Offering when Crest Nicholson relisted itself, and Barratt describing the market as the strongest since 2007. In addition the government announcement of its two-fold Help to Buy programme has boosted sales and given buyers confidence the government will act to prevent house prices falling. Hence private sector starts grew by 7% in the first quarter of the year on the previous quarter to their highest level for two years, with further growth expected.

Meanwhile social housing providers have been re-starting their construction programmes after the serious downturn in 2011 following the cuts in social housing funding as part of the introduction of the government’s affordable rent programme. The Homes and Communities Agency reported this week that social housing starts were up by 171% in the 12 months to March 2013 on the year before, as the programme starts to kick in. Nevertheless, given the lag between orders and completions, forecasters don’t expect huge growth in output in 2013, though it will start to ramp up from there onwards.

Simon Rawlinson, partner at EC Harris, says: “The residential market has the greatest potential for a rebound, but you have to remember it’s still not much more than half the size it was before the crash.”

There are few signs this part of the market will see any significant recovery. New orders remain some distance below a current level of output that still reflects the tail end of the previous government’s Building Schools for the Future programme - implying further falls are still to come. The government has been up front about the fact that the launch of its new system for privately financing public projects, PF2, doesn’t mean that there is suddenly a big pipeline of projects it will be looking to push through that route. After many delays the £2bn Priority School Building Programme, nearly half of which will go through PF2, is now being procured and provides one of the few bright spots.

Overall government capital spending is forecast to grow steadily in the run-up to 2015 at which point it will reach £50.4bn, and is then forecast to remain at that level for the next three years. However, little of this extra cash is likely to go on construction.  Experian’s James Hastings says: “Public spending will continue to fall with the unwinding of the BSF programme, and not much else taking its place. There’s not much work in Procure 21+ and by 2015 we’ll be back to levels not seen since the early 2000s.”

The outlook in this sector is particularly difficult to call, being dependent on the performance of different sectors and regions of the economy. While the London commercial market has remained quite buoyant in recent years with schemes such as the Cheesegrater, Walkie Talkie and Shard, there are concerns that a glut of major schemes and a paucity of large corporate tenants may see new orders drop. EC Harris’ Simon Rawlinson says: “There’s a very strong feeling that there’s a two-speed UK at the moment. Individual segments such as insurance, and technology and telecoms are doing very well, while investment banking less so.”

Outside of London there have been some signs of life, but major schemes getting off the ground are still the exception, not the rule. Retailers such as Tesco have been reducing their expansion plans, though this is offset by a predicted return for industrial warehouse development. Overall forecasters expect the market to fall, with new orders some way below output. Experian says commercial output will drop 9% this year.

Noble Francis, chief economist at the Construction Products Association, says: “New orders last year fell quite sharply, and the commercial sector will only start to rebound from next year onwards.”

All figures quoted on this page are provided by the Office for National Statistics for the 12 months to 31 March 2013, at current prices, non-seasonally adjusted