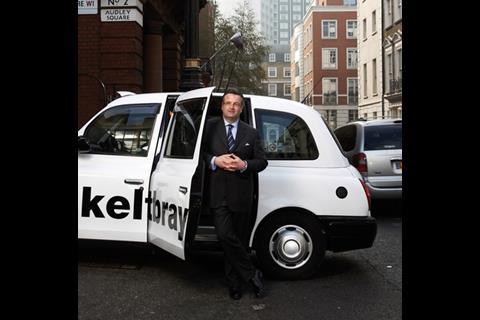 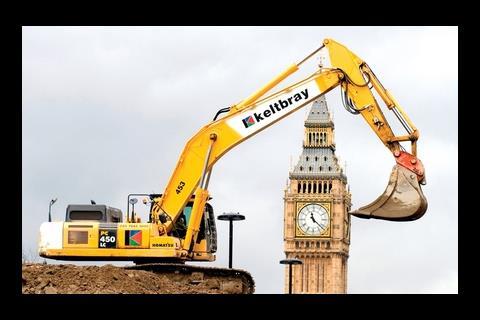 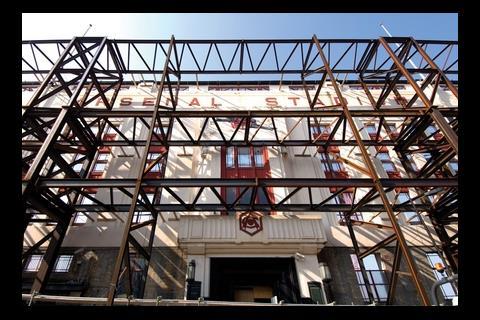 Brendan Kerr is not your typical demolition contractor. Instead, on the way to becoming one of the UK’s top entrepreneurs, he has turned the ‘deconstruction’ business into a respectable profession – and one that’s central to the City’s most glamorous developments.

You can always rely on the offices of a demolition contractor to have some good photos on the walls, and the boardroom of Keltbray is no exception. There’s a particularly arresting time-lapse sequence of a section of elevated dual carriageway being blown up – or rather, down, in demolition-speak. The first picture shows puffs of smoke as the explosives go off, then there are a few showing the bridge gradually sagging in the middle, and finally, it collapses into a cloud of dust. Strangely, the floor of the room is also dusty.

One of the first messages Brendan Kerr, Keltbray’s managing director, wants to get across is that the pictures don’t tell the whole story about Keltbray. “We don’t always enjoy the title demolition contractor,” he says in a soft Northern Irish accent, before going on to explain that the firm is capable of taking care of everything below the ground floor of a building, as well as some of the bits above. “We see ourselves as engineers and technical constructors,” he says. “What we do best is temporary engineering, excavation, ground remediation and the substructure. Obviously within that lies a large element of demolition.”

This approach clearly has its merits. When Kerr joined the firm back in 1989, Keltbray’s turnover was £7m; last year, the figure was more than £100m. Kerr aspires to grow this 50%, but won’t be pinned to a timetable. “Keltbray came from the background of ‘got crane, got large ball, let’s knock things down’,” says Peter Rogers, the technical director of Stanhope, who has known Kerr for 15 years. “Brendan has professionalised what is traditionally the rough end of the industry by turning the firm into an engineering and deconstruction company.”

This change of image is also exemplified by Kerr’s chosen mode of transport. Rather than stewing in traffic in a chief exec’s limo, Kerr travels in his personal London taxi cab, complete with licensed driver, which means he can zip down bus lanes quite legitimately. Never one to waste a marketing opportunity, Kerr has had “Keltbray” emblazoned on the side of his shiny white vehicle.

The other strand to Kerr’s success is that everyone seems to know and like him, a popularity formalised when he was declared Personality of the Year at Building’s 2007 Specialist Contractor awards.

According to Rogers, Kerr has a “fantastic” address book. “If you go out for lunch with Brendan it’s good fun. He’s got good connections, he’s a nice guy and runs a bloody good company. You never get the feeling he’s invited you out to lunch because you are a useful contact.”

Kerr, who is now 42, built up this success and popularity in classic Dick Whittington style. He was struggling as a carpenter in Northern Ireland when he decided it might be easier to make a go of things in London in the booming eighties. He was kicking around in various agency jobs, working as a site supervisor, when he got a job with McGee, the company that has ended up as his main competitor. “When I started, McGee was a very professional company with high standards,” he says. “When I joined Keltbray, which was a much smaller company, I took a lot of inspiration from what McGee had done.”

Keltbray poached Kerr from McGee in 1989 and started him off as a project manager. In 1994 he was approached by an entrepreneur to set up his own demolition business. Keltbray’s four shareholders offered Kerr a 20% stake in the business if he stayed on. “This was an opportunity to grow a company that was already established,” he says.

We don’t always enjoy the title demolition contractor. We see ourselves as engineers and technical constructors

He has since bought out his fellow shareholders and since 2003 is now the sole shareholder, with a personal wealth of £32m. One poll last year ranked him as the 35th top entrepreneur in the UK. He is keen to stress he isn’t the big bad boss; rather he runs the company as a family business on an open book basis, with profit-sharing among the six directors and senior staff.

“He is not a technical person but has a real knack for what is needed to make a business work,” says Rogers. Kerr has made a point of attracting top people to the firm. He rattles off a series of names which includes Stuart Marchand, a former Costain man who runs Wentworth House, Keltbray’s engineering division, and according to Kerr is an expert on temporary works and facade retention. He also recently hired Damien McDonnell, a former Ministry or Defence scientist, to assess and develop new technologies.

The commercial market has been key to the firm’s growth, with most work coming from repeat business from major developers, end users and contractors. At the moment the firm is on site on four big projects in the City of London, including the Shard, the Pinnacle, the Heron Tower and the Walkie-Talkie. Some of these haven’t been easy. For instance, the Shard was delayed because of problems with funding, although Kerr insists the demolition of the buildings on site is carrying on as usual. Soft stripping has started, he says, in preparation for the main demolition.

He goes very quiet on the subject of the Pinnacle, where Hiscox, an insurance firm that occupies the neighbouring building, has sought to restrict demolition work owing to what it says is excessive vibration. “It’s inevitable that there could be vibration as a result of any demolition,” says Kerr, adding that this type of complaint is extremely rare. He quickly moves on to how Keltbray has swept the field on the Considerate Constructors awards front.

Isn’t this reliance on the commercial market a bit risky, given the economic storm clouds hanging over it? Kerr thinks not. “I think it’s inevitable there will be a slowdown in that sector, but we have a reasonably robust order book for the next 12 to 18 months,” he says. “We’re also taking our expertise into other sectors so we’re not vulnerable to market shift in one of them.”

The firm is active in the PFI and industrial work and has added three new ones. The first two of these are rail and waste management – for example, Keltbray has formed a joint venture with soil cleaning specialist AWS, which involves shipping contaminated soil over to Belgium on barges to be cleaned. The third new sector is nuclear work. The firm has already done one nuclear project, the decommissioning of an experimental reactor called Dragon in Winfrith, Dorset for the UK Atomic Energy Authority … but isn’t this even riskier than the commercial sector? “We are not involved in the fizzy end of nuclear, which is extremely specialist and scientific. We want to be involved in the structural dismantling and clean-up elements of the stations,” says Kerr. “It’s new territory and a new challenge.”

What building have you taken the most pleasure in demolishing?

About 10 years ago we knocked down a very ugly post-war office block in Victoria, central London, called Shelley House. It was a horrible, cheap infill development made of reinforced concrete, and it was good to see the back of it.

Are there any buildings you regretted knocking down?

Not really, because most beautiful buildings are listed, so you retain the facades and important parts of the external structure. Listed elements inside are dismantled and put aside for the new building.

What has been your most challenging job?

The Royal Opera House was particularly challenging because it involved demolition, facade retention and major underpinning. We commenced the underpinning when the building was still fully operational, working with small excavators and concrete one corridor away from where Darcey Bussell was rehearsing.

We had to retain the facade on Floral Street and the auditorium as it was grade I-listed. We built a big temporary structure between the stage and auditorium to protect the auditorium from damage and in the fly-tower behind the stage as there is nothing between the basement and the top of the building to work off. We also had to survey and dismantle the grade I-listed Floral Hall and put it aside for reconstruction.

What has been your most exciting job?

When we demolished an old power station at Port Sunlight for Unilever we had to demolish two huge chimneys. We blew these down with explosives, which was exhilarating.

I brought my children, who were 12 and 13 at the time, along to push the detonator. Because of regulations they actually pushed a false one, although they thought it was the real thing.

What is the future of demolition?

We are seeing constant advancement in machine technology. We run 80 conventional excavators and six Brokks, which are low-weight machines with a high output ability. A four-tonne Brokk can do the work of a 20-tonne regular machine and they run on electricity and are robotic. We see the future being robotic, predominantly for health and safety reasons, taking the man away from the immediate workface.

For more on specialist contractors, go to www.building.co.uk/specialists