Who’s going to build the olympics? 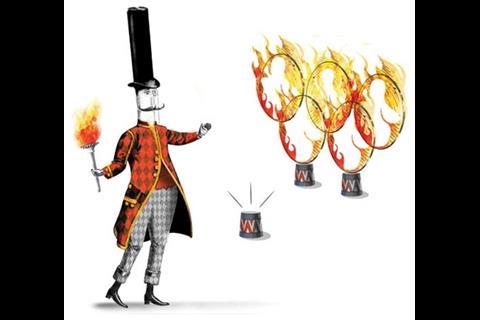 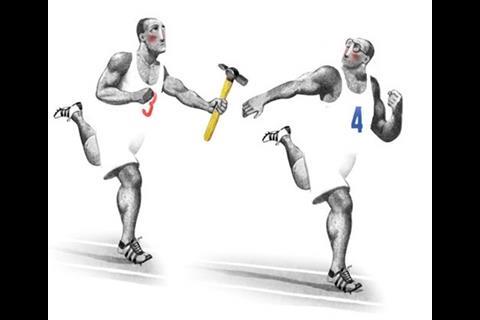 Just our luck. Right when we’re getting down to building the 2012 Games, all the big contractors get loads of other work and disappear into framework tie-ins. Angela Monaghan reports on the changing face of British building

It was a proud, euphoric day. The entire nation roared with joy as the International Olympic Committee announced that London had beaten Paris to become the host City for the 2012 Olympic Games. The construction industry hailed it as an opportunity to put the bad memories of Wembley behind it and show the world that it could deliver a string of fantastic venues, on time if not on budget.

But a very different story has unfolded. As work on the main venues was put out to tender, most notably for the main Olympic stadium and the aquatic centre, few UK contractors entered bids.

Last month it also emerged that the Birmingham Development Company had been forced to set up its own construction company. It had not been able to find a contractor to build the £75m Cube, the final phase of its Mailbox scheme in Birmingham.

Clients are struggling to find contractors because there is so much work around – a situation that is changing the face of construction. As clients recognise the shortage, some have started to tie in contractors on a longer-term basis. At the same time, one-off clients – one of which could be the Olympic Delivery Authority (ODA) – are vying for attention.

The ODA must have been horrified when it realised how few people wanted to build the Olympic venues. It had been lulled into a false sense of security by the deluge of companies queuing up to secure the delivery partner role, a prize eventually won by the CLM consortium. But when it came to tendering for the construction work of the main Olympic stadium, only one contender met the required criteria. And it’s not in the bag yet; Team McAlpine has yet to sign a contract and negotiations are continuing.

Mike Peasland, managing director of Balfour Beatty, the UK’s largest contractor with a turnover of £5.8bn, confirms that the big contractors are prepared to make the most of their power to choose. “We’re looking to work with the right customers that are willing to treat us fairly,” he says.

Construction has evolved into a dating game in which the contractor holds the balance of power. For its part, Balfour Beatty applies a strict list of about 10 criteria by which it judges whether a prospective job is suitable or not.

“We look at things like: what is the payment profile of the customer? What is that client’s track record on payment? How blue-chip are they? It’s a risk-grading tool,” says Peasland.

Forty per cent of the work handled by Balfour Beatty’s main building arm, Mansell, is tied into framework contracts. On top of that, 80% of the work carried out is done on behalf of repeat customers.

The shift in focus has been prompted by the industry’s unprecedented period of growth. With the exception of 2005, construction has been through 12 consecutive years of 2-4% growth, with at least five more predicted.

Some clients have addressed the situation by introducing a framework for their projects. The Department of Health has done so with its Procurement 21 framework, as has the Prison Service.

Among private sector clients, companies such as BAA, Railtrack and Tesco are in a strong position to predict workloads on a mid to long-term basis. By introducing a framework, they are able to secure the loyalty of the busy large contractors.

Several of the large contractors have expressed their unwillingness to work on the Olympics because they consider the ODA a one-off client. In other words, they are not prepared to interrupt the jobs they are presently undertaking for clients who will give them work well beyond 2012.

Peasland, whose company is bidding to build the aquatic centre and the media centre, disagrees. “The Olympics could give companies a good market profile among the government and development agencies,” he says.

He also points out that there will be plenty of work on the Olympic site once the games have finished. “Beyond the Olympics, there is a legacy issue,” says Peasland.

Murray Coleman, the UK chief executive of Bovis Lend Lease, sounds a more cautionary note. He has stated clearly that under his management the company will not take on the sort of high-risk jobs that have caused it problems in the past two years: in particular Leeds’ Bridgewater Place mixed-use scheme and the Manchester Joint Hospitals PFI project.

Bovis Lend Lease is in a stronger position than ever to avoid one-off projects, as Australian parent company Lend Lease picks up increasing amounts of work in the UK for Bovis to build out.

At Stratford City, for example, where Lend Lease has been chosen as developer, Bovis is restructuring its business to meet the requirements of the contract more efficiently.

Bovis is also likely to focus on clients such as Stanhope and Land Securities, which provide it with repeat business and can offer a longer-term view on their pipeline of work.

In the past contractors were valued on a price–earnings ratio of less than 10. They are now in the high teens and in some cases more than 20

Oxfordshire-based Leadbitter is one regional contractor to have benefited from the changes in the market. Thanks to increasing opportunities, it expects its turnover to hit £260m this year. As managing director Bob Rendell says: “We are seeing a lot more opportunity on contracts with a value range of £20m-£30m.”

Leadbitter recently completed a £26m, 750-bedroom student accommodation scheme for the University of Surrey on time, and is in talks with the client about more work.

“We maybe wouldn’t have won that project before because national contractors would have been more interested,” says Rendell.

Peasland agrees that small and medium-sized companies are doing well. “The SMEs are pretty busy,” he says. “A lot have moved and become bigger.”

However, he believes other factors could be at play as well. Affordable housing, for example, a market in which a lot of smaller companies were already involved, has expanded over the past three years.

For some, the changing market could cause problems. Smaller companies may benefit from access to projects that would once have been out of their reach but their lack of experience on big jobs leaves them open to more risk. And a smaller contractor taking on large contracts may be put under greater financial strain than it is used to.

Some commentators argue that smaller companies are likely to suffer because they do not have the same access to subcontractors as large national operators. On the other hand, regional contractors have the advantage of local contacts.

Indeed, subcontractors – at least the ones that didn’t suffer at Wembley – are also feeling the benefit of a buoyant market. Tony Williams, managing director of Building Value, says today’s subcontracting environment is a seedbed of entrepreneurs. “If I were 25 years old, I would start a subcontracting business – interiors, ground work or whatever – and work like crazy for the next five years or so and then let the business go bump.”

Yet despite the flow of work to the construction industry, one aspect that does not seem to improve are contractors’ margins, which remain about 1-2%.

Nevertheless, the City is warming to the construction industry’s steady income stream. A firm’s price–earnings ratio is a guide to whether investors are expecting profit to grow in the future. In the past, contractors were valued at less than 10; now their ratios have reached the high teens and in some cases are more than 20. Carillion’s ratio was valued at 7.8 in 2003, compared with 19.4 today. Kier was valued at 7.9 compared with 16.1, and Morgan Sindall was 8.6 compared with 20.2.

Another five years of predicted growth for the construction industry presents chances for everyone. And although the excitement of winning the Games has died down, the industry has every chance of winning gold.