Will driverless cars change our urban environment as we know it?

A new model of transport is set to change the city as we know it. Do electric-powered private-hire driverless cars represent the biggest opportunity to redesign our urban environment since the invention of the motor car itself? 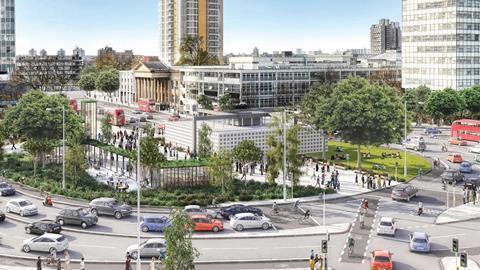 Today’s revolution in controlled autonomous vehicles (CAV) combines advances in artificial intelligence and electric car technology with the disruptive hire model of firms like Uber. Though definitions of CAVs vary from a car controlled totally by computer to one with a level of automation enabling humans to drive more safely, on one thing all agree: CAV is set to transform how people, cars and the city interact.

The onset of CAVs has brought a flurry of excited predictions about how cities of the future might look. Google, a leading developer of CAV technology, has predicted that in the car-dominated US, driverless cars could release the country’s estimated 105 million parking spaces for new schools, hospitals, parks and housing with a combined size “bigger than Connecticut”.

And researchers at the Massachusetts Institute of Technology’s Senseable City Laboratory have estimated that driverless cars could lead to “a 50% reduction in parking spaces, 40% less congestion, 80% less emissions and 90% fewer accidents”. It is not difficult to foresee how these developments could bring massive benefits to public health, public realm and public safety in congested cities across the world.

But not all predictions envisage CAVs having a positive impact. By increasing the allure of the car, it could be detrimental for public transport, for instance. Transport for London is operating with a deficit of more than £1bn – said to be the result of cuts to government grants and falling passenger numbers, and no doubt the explosion of Uber has taken its toll on public transport ridership in the capital – a trend likely to accelerate.

Meanwhile, London and several other major cities across the globe are making strategic efforts to become more walkable. But because the prioritisation of safety means driverless cars must automatically give way to pedestrians to accommodate human unpredictability, the public realm could become either gridlocked or segregated. Neither is a desirable outcome.

Do we really want a future with more cars on the road rather than fewer, even if they are conceived as hire rather than private vehicles? And are we prepared for the impact on our public realm that driverless cars could bring? Here, we take a look at four key aspects of urban life and try to predict what impact the CAV revolution might have on them.

CAVs offer the biggest opportunity to redesign our urban environment since the invention of the motor car itself. Like the internet and mobile phones, if implemented wisely it can be a force for enormous good. But it represents a retrofit rather than a reinvention. The car was created to meet 20th-century problems, constraints and aspirations. Will the cities of the 21st century choose to rely on an upgrade of a 20th-century solution when – in the same way the first combustible engines rejected rather than adapted the horse and cart – they could come up with brand-new solutions of their own? 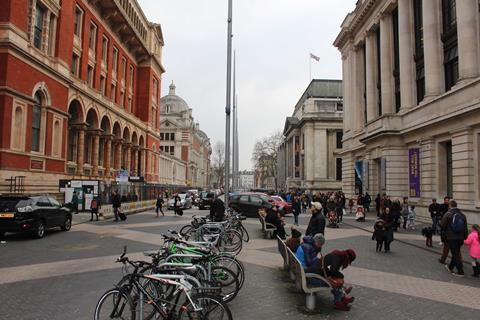 Could shared surface schemes like London’s Exhibition Road be threatened by the rise of the driverless car?

The area likely to be most transformed by the advent of driverless cars is public realm. For almost a century streets have been designed to separate cars from pedestrians, so the onset of technology that will eventually make it virtually impossible for a car to run over a human could allow a dramatic extension of pedestrian priority. And should CAVs lead to the proliferation of the car-sharing model as opposed to private use, then the requirement for urban on-street parking spaces will be all but eliminated.

“While cars still take up road space regardless of drivers, it will definitely provide an opportunity to rethink our roadways,” explains David Rudlin, director of urban consultancy Urbed and chair of the Academy of Urbanism. While largely critical of the impact driverless cars could have on the city of the future, he believes they could provide an opportunity for a broader reassessment of how we use our public realm.

“Yes, it’s important to remember that roads were around before the car and they represent the way in which cities have been organised for thousands of years. But driverless cars could remove the pedestrian defences conventionally required and open up the space for all manner of play and recreational pursuits.”

Rudlin also suggests any reduction in car use brought by CAV technology could lead to cars being banned from city centres and the re-establishment of a kind of “urban neo-medievalism” defined by pedestrian zones, high density and increased pedestrian safety.

Kinder Baumgardner is the managing principal of Houston-based urban, planning and landscape practice SWA. Inspired by his own traffic modelling work on Houston’s notoriously tenticular freeways, he has compiled extensive research on how driverless cars will impact cities. “Freeways will shrink,” Baumgardner predicts.

He sees CAVs as particularly relevant to the suburban setting. “Autonomous cars will turn cul-de-sacs into ‘Sunday streets’ all the time. Autonomous cars will not run over five-year-olds on bikes. They will cultivate family-friendly, ‘walkable’ space. The front yard will become the new social space that was once the domain of the suburban backyard. Garages will be transformed into modern front porches full of activities that spill out onto the newly public space outside.”

Others are unconvinced that driverless cars could bring such public realm utopia. And according to Simon Rawlinson, head of strategic research and insight at built environment consultant Arcadis, it is humans not technology that could prove the biggest obstacle. “Computers are predictable; people aren’t. And there’s one thing that computers don’t have the capacity to predict: human behaviour. Driverless cars will be programmed never to injure humans. But what happens when people just wander out in front of them? Will the cars have sufficient AI to predict how humans will behave? Or will streets need some crazy enforcement system to force people to behave properly in them?”

One such passive enforcement system could be railings separating cars from people. Or on a more extreme level, the kind of vertical separation Baumgardner cites as embodied in “the tunnels of Houston and sky bridges of Minneapolis”.

But this kind of segregation, certainly within a UK context, would hardly be a positive development for public realm, and would sound the death knell for innovative shared-surface schemes such as London’s Exhibition Road. It would be ironic if CAV technology, intended to free pedestrians from vehicular tyranny, left them interned behind railings or marooned on elevated skyscapes.

Might this most modern of technological advancements end up reviving a urban environment harking back to the futurist Barbican-esque visions of the 1950s where, like warring factions, cars and people were kept firmly apart? 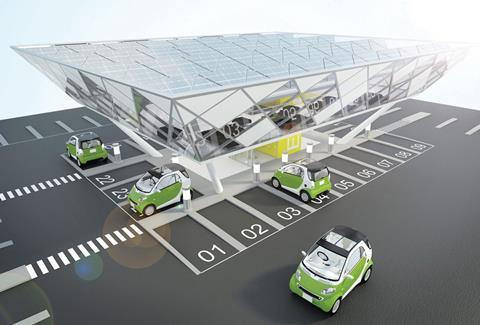 Petrol stations have perhaps been the most ubiquitous symbol of the 20th century’s reliance on the motor car. In the US, they are embedded in the idea of Americana. In the UK, however, declining car use has combined with soaring land costs to slash the number of petrol stations dramatically – from 37,500 in 1970 to 8,000 today.

The onset of automated vehicles is likely to accelerate this trend – while not all CAVs in development are solely electrically powered, most are. So will our urban streetscapes soon feature equivalent forecourts where rows of electric CAVs can be charged?

EPR Architects thinks they might do and has developed a charging station prototype that will fully charge electric vehicles in just 20 minutes – rather than the eight to 10 hours required by the charging bollards available today in larger cities. Its Evstats charging stations are envisaged as occupying the ground floor of urban blocks with commercial and leisure amenities on upper floors or else in the form of petrol station-esque standalone covered forecourts powered by solar panels.

The city of Encinitas in California is considering building a version of the latter. In the UK, Barr Gazetas Architects, working with Jaguar, are exploring concept design possibilities for a “charging plaza of the future”.

But for SWA’s Baumgardner, a greater impact will come from CAVs’  maintenance needs. “Today an Uber has a driver that maintains some level of decorum in the vehicle. Once the ‘custodian’ is removed from the equation, shared vehicles will need to be frequently cleaned and maintained as people become carless. Where will it happen and who will do it?”

On a side note, he points out the scope for worsening social inequalities: “Those with enough money will subscribe to a service cleaned after each use … those at the other end of the economic scale will travel in worn-out vehicles that are rarely if ever cleaned. So there will be a rich variety of vehicle types and levels of service, further segregating rich and poor.”