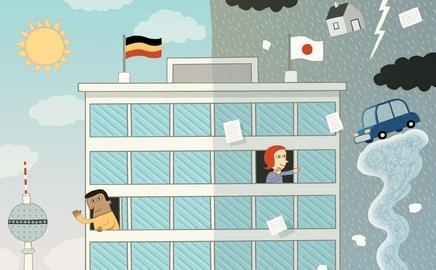 As different assessment models vie for attention around the world, BREEAM is aiming to make life easier for multinationals across Europe.

How do you bring a property portfolio of many millions of square feet across 10 European countries up to the same high environmental standards? That was the issue facing David Lawrence as European construction director of real estate investment firm AIG/Lincoln in 2006.

It wasn’t just AIG making sustainability a must-have on its new developments. Many blue-chip corporate tenants were also demanding it. But Lawrence oversees 1million m2 of commercial, industrial and retail development each year, and there was no single standard that could be used across Europe to accredit their environmental performance.

“We have to ensure we’re building using best practice and the best techniques for sustainability as part of our corporate social responsibility,” he says. “Lots of firms recognise sustainability as an issue but don’t know how to manage it.”

Lawrence’s US counterparts in AIG Global Real Estate used the LEED system but he felt it was too closely tied to US building standards to be easily exported to Europe. “All the M&E has to comply with ASHRAE rather than CIBSE and that would be very complicated to specify in Europe.”

His solution was to approach BRE Global about developing a version of its well established BREEAM standard for use outside the UK. BRE conceived the UK standard in 1990, spawning several imitators across the globe.

But although it can be applied to any building in the UK through specialised assessments, BRE Global has only recently been working to make its rigorous standard available overseas. In July, after two years of hard work by BRE Global, Lawrence’s team and European building experts, the first environmental assessment method applicable across Europe will be launched.

“Using BREEAM we’ve been able to raise awareness in our own team and design teams,” he says. “If you’re comparing countries with a similar climate, it’s more straightforward. But across Romania, say, and Spain, we had to develop other ways of measuring. And bicycle racks are not practical if you’re working in Bucharest.”

The first step for the AIG/Lincoln-BREEAM team was to find an appropriate testing ground. They chose the 20,000m2 Quadrum office development in Budapest, on which BRE Global and AIG/Lincoln worked with licensed assessor Buro Happold. To everyone’s pleasant surprise it achieved a Very Good rating.

In Spain we had to develop other ways of measuring. And bicycle racks are not practical if you’re in Bucharest

Since then, the assessment has been repeated on five more buildings across the continent and Lawrence intends it to be rolled out across all AIG/Lincoln European developments over the next five years.

“I’ve been surprised by how smoothly it went,” he says. “We looked at how things are done in Europe and that things are done slightly differently but may be equivalent or better. BREEAM were good at being flexible on that.”

In the past year or so, the governments of China and the United Arab Emirates have made sustainability a key target in their frenzied building programmes, but accreditation usually means transposing the LEED method wholesale without considering local conditions.

The advantage of BREEAM is it can be adapted to take on local regulations, legislation and cultural factors and develop a genuine exemplar for the region. “We sit down with the client, local technical experts and BREEAM assessors and work to make it fit,” says BREEAM international manager Anna Surgenor. “In Germany you might get people cycling to work but in Dubai you have highways and 40º heat, so cycling isn’t an option. You have to think of other ways to get people out of cars.”

BRE Global is developing the standard for the Gulf states and Europe. As well as the European offices project with AIG/Lincoln, the BRE Global international team is working with the International Council of Shopping Centres (ICSC) to develop a retail equivalent.

Several developers are planning pilot projects later this year and the aim is for BREEAM to be the pan-European standard by 2009. Derk Welling, sustainability manager at real estate investment and development firm Redevco and a member of the ICSC’s sustainability working group, feels BREEAM is the right choice for Europe as it has had nearly 20 years of road-testing in the UK. “BREEAM is a set of standards that can be tailored to suit local circumstances but still addresses key environmental issues,” he says. “It maintains a robust standard that is understood by everyone involved.”

Over the past four years, the BREEAM team has grown to nearly 100 staff. Its forays outside the UK have been led by client interest so far but as its portfolio of international standards grows, BREEAM hopes to build on its reputation to be the de facto assessment method worldwide.