As we prepare to bid a tearful farewell to Europe, there’s time for one last knees-up as EU members with our international colleagues at the annual property fair in the south of France. But it won’t all be drowning our sorrows – there will also be much talk about our post-Brexit plans, not to mention yoga on the beach 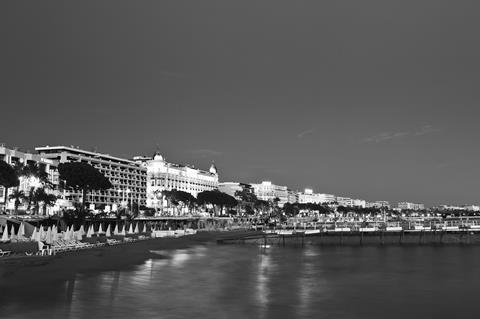 Brexile. No, that’s not a typo – it’s the name taken up this year at Mipim by the band usually known as Exile, which has been playing at the international property show since 2016. The name change certainly seems a fitting one: the usually celebratory event, which draws 30,000 people to Cannes in the south of France, is set against an unusual backdrop this year, running just two weeks before the looming Brexit deadline.

The UK government is planning to have a stand to promote the country as a market for international investment, while major British cities such as Manchester and London are taking the opportunity to promote their strengths ahead of Brexit. With political uncertainty at an all-time high, it appears the government and other key forces from within the UK market are keen to make their last Mipim as part of the EU count.

So, let’s take a look at the events set to shape Mipim in 2019, as delegates from the UK make a last-ditch effort to win an international vote of confidence in the run-up to Brexit.

With Brexit on the doorstep, the UK government is pulling out the stops to show the opportunities and schemes under way across the country, running a programme entitled Investing in the Future of the UK. The UK Government Pavilion, which the Department for International Trade is running in conjunction with the British Property Federation, is set to host a range of events in a three-day programme of talks, debates and panel sessions featuring leading figures from the private sector and senior government officials.

The opening session will look at exploring the benefits of backing both Northern Powerhouse Rail and a wider transport infrastructure plan for the North of England. This will be followed by a session titled “Investing in the UK: the reality, opportunities and challenge” – a particularly pertinent topic given the current political instability.

The second day of the programme looks at the UK at both a more localised level and also its role in the global market. The City of London is hosting a session on how London and the regions have built a global financial sector, while the five metropolitan mayors will be taking part in a panel presenting the development agenda in each of their regions.

Manchester airport meanwhile is looking to promote growth in the north of England in the wake of Brexit, with a session entitled “Fulfilling the potential of one of the UK’s greatest growth corridors”. It says: “The Northern Powerhouse has gained significant momentum with over £100bn of investment planned from Liverpool to Hull, with Manchester city region sitting at its heart. Post-Brexit, improving productivity is the number one domestic priority and this corridor offers perhaps the greatest opportunity.”

The programme also looks to shore up some of the non-Brexit-related uncertainties in the UK market, running discussions on tackling the housing crisis by disrupting traditional models and exploring opportunities and challenges in both the public and private housing sectors.

For newbies to Mipim, here are some top tips from event veterans:

Ensuring the regional hotspots are not forgotten in post-Brexit Britain seems to be a top priority for the programme being run in the Manchester Pavilion in 2019. This year will be Manchester’s 20th year at Mipim, with the description of the pavilion’s programme saying it has used the two decades to “promote and further Manchester’s international profile”.

Another session on 13 March at 4.30pm looking to garner support for the future of the Manchester region is about keeping town centres healthy after Brexit. Phil Mayall, regional director for the North-west at Morgan Sindall’s development arm Muse, along with senior figures from Manchester region councils Stockport and Trafford, are set to discuss the development and investment necessary to keep Manchester’s towns moving forward.

The programme includes another session on 14 March at 9am, which also appears as part of the UK government’s schedule, called “Powerful partners: collaboration in the north”, which looks to promote the strength of the region and how the North of England can be used as an example of collaboration working successfully. The panel is made up of senior figures from the councils of Manchester, Liverpool, Leeds, Sheffield, Newcastle, Cheshire and Lancashire.

With Brexit at the forefront of everyone’s mind, the uncertainty has started to have an impact on the market in London. So it’s not surprising the organisers of this year’s London stand are looking to remind the property world of London’s “unique” benefits.

The London Reception, which will be held on the opening evening of the conference, is set to discuss what lies ahead for the capital in terms of both investment and development. Peter Murray of New London Architecture will chair the discussion, while the panellists include Liz Peace, who as chair of  the Old Oak and Park Royal Development Corporation is charged with leading the biggest regeneration and development project in London, as well as Jules Pipe, London deputy mayor for planning, regeneration and skills.

There is also an International Reception, which has been designed to promote London mayor Sadiq Khan’s London is Open theme and is looking to show the continuing importance of London’s global links. Emma Cariaga, head of operations for Canada Water at British Land, is set to speak, along with Paul Clark, chief investment officer at the Crown Estate. Simon Murphy, chief executive officer of the Battersea Power Station Development Company, is also due to be part of the conversation looking to promote international investment in the UK development and property markets.

As part of the programme the organisers are also planning to promote the way other cities can learn from London, with a session on hosting the Olympic and Paralympic Games and successfully creating a lasting legacy from holding such events.

Ban Ki-moon, who was the eighth secretary-general of the UN, will give the opening keynote speech at Mipim on 12 March at 2pm in the Grand Auditorium. Ban’s speech is expected to share his vision of the global challenges facing the international property industry, from climate change and economic upheaval to increasing pressures involving energy and water.

Meanwhile, Brexit is also a fixture of the opening day’s schedule, with a session titled “UK: Post-Brexit investment strategies” set to take place at 3pm. Derek Mackay, cabinet secretary for finance, economy and fair work in the Scottish government, is set to take the mic as part of this session, which will look at how international investors now view UK real estate and where the investment opportunities lie. Mackay will be joined by the City of London Corporation’s policy boss Catherine McGuinness, Belfast council chief executive Suzanne Wylie and Mahdi Mokrane, LaSalle Investment Management’s head of research.

A session on regeneration and waterfront developments in the UK is also set to take place on the opening day, with speakers looking to explore what is needed to attract investment into these types of projects. The panel is set to be made up of Jon Collins, leader of Nottingham council, Steve Dunlop, chief executive of Scottish Enterprise, and Thomas Huw who is the leader of Cardiff council.

Maintaining a good intake of fluids has traditionally been a big part of the four-day event. That’s not changed, but a wide variety of other activities have now sprung up.

Brexile – the band formed by WSP director Bill Price and HLM director Chris Liddle in 2016 and originally known as Exile – is set to play four shows over the course of the event, raising funds for Help for Heroes, a charity that helps former service personnel and military veterans.

The Property Sports Network has organised morning runs take place along the coast under the tagline “get your best deal done before breakfast”.  For those who aren’t runners but are still looking for an athletic start to the day, the network is also holding beach yoga sessions in the mornings.

Specialist property barristers Hardwicke are also hosting an event with a difference, running hula hooping sessions on Wednesday and Thursday morning. In the event’s description the organisers say: “We’re not instructors; we just think hula hooping is a bit of fun and a good way to start the day. We’re going to be doing it anyway, and we’d love anyone else to join us if you’d like to.”

The Society of Industrial and Office Realtors meanwhile is set to host a boat party on board MY Superfun, while Wardell Armstrong will run a beer-tasting event.

With hundreds of other events running concurrently with the main programmes, it can be hard to keep an eye on everything that’s going on. To lend a helping hand will be the website Tough Guide to Mipim 2019 – mipimtoughguide.com – being run by ING Media, which will list everything happening at the Cannes event between 12 and 15 March.