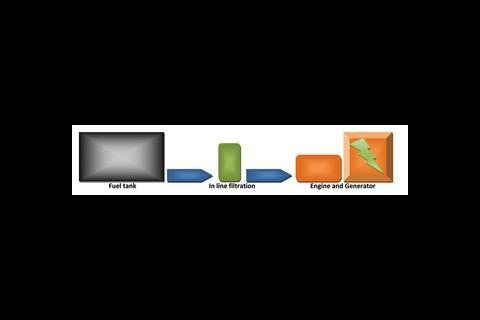 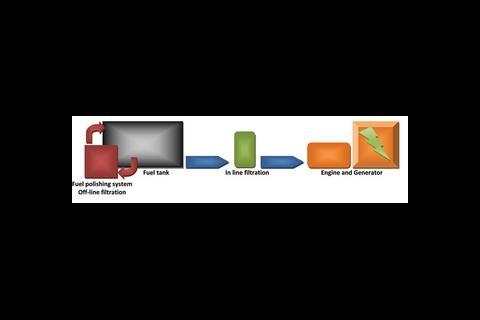 Figure 2: an innovative way to keep a generator clean 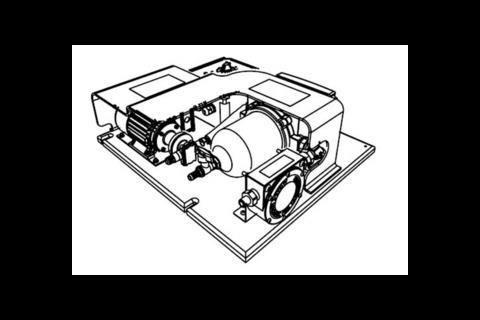 Fuel polishing deals with sediment and bacteria in a back-up generator without having to start it up. This not only keeps the fuel in good condition, but could prevent a minor emergency becoming a major one.

In the life of any building, it’s perfectly reasonable to expect a few things to go wrong. A lift might break down, or a bathroom may flood – we don’t like it, but we have plans to deal with these minor emergencies.

So, what if one of these “minor emergencies” meant you lost power to your building? You probably still have a plan, perhaps a back-up generator?

One of our customers faced this situation recently, and the stakes were very high. As a US airline based near Heathrow, its building is not only secure and highly secretive, it also controls live aircraft contact for western Europe. A power failure meant more than just an inconvenience or lost trade, it could have meant loss of communication with aircraft.

Naturally this customer has had a backup generator in service for many years.

However, it knew half of all generators will fail at some point in their lifetime because of fuel contamination issues. Its tank contained fuel that was at least 15 years old and have never been checked. The cost of replacing that fuel was increasing daily, and the customer was very aware of its environmental responsibilities. Disposing of the old fuel stock and buying new was neither economic nor environmentally sound.

Fuel – gas oil, fuel oil, diesel, etc – is an unstable substance; that is what gives it the stored energy used to power engines. The downside is that it degrades over time. According to a leading UK oil producer, in fairly standard storage conditions it is considered to be out of specification after six months. Sediment and gums form in the fuel, and if left in the tank these will rapidly block up the primary filter for any generator system.

Is this a big issue? After all, that’s why we have filters isn’t it? Well, yes, but the single biggest problem with any generator system is that it can only clean fuel with the generator running and hence pulling from the tank. This “last gasp” filtration has been the standard for all generators for some time, yet it is the Achilles heel of the system.

Generators’ in-line filtration systems are important but they are also the weakest link. Any significant contamination, water, sediment will block the filtration stage, starving the generator of fuel. This means limited power at first, followed by a full power loss when the filter is completely blocked.

Typically, it takes a couple of hours to bring a system to a stop. This is why most short-run generator tests don’t highlight the fuel quality problem. It normally only rears its head when the generator is called into use for real and run for a prolonged period.

Fuel degradation, however, is not the only issue; even the most carefully protected fuel tanks can form condensation in the fuel. Water in the fuel is one of the most expensive long-term problems to fix. Its effects include:

n Water assists the formation of acids in the fuel, which in turn can rapidly degrade the gaskets and seals of the tank, pipework, engine and generator.

n Fungal spores which are present in the fuel when delivered (or which arrive via venting or the inception hatch), germinate and flourish in the water content. The so called “fuel bug” rapidly spreads, effectively eating the fuel’s hydrocarbons, leaving behind a waxy sludge which blocks the in-line filtration stage.

This last issue is now the largest single problem facing generator owners. The fuel bug (or Cladosporium Resinae and Pseudomonas aeruginosa to use their correct names) is a fungal/ bacterial growth which germinates from spores commonly found in just about anything, including fuel. Coincidentally, it was first discovered in the aircraft industry after it was found to be the cause of some serious crashes but it can affect the quality of any middle distillate fuel.

In order to become a problem for a generator, it has to be allowed to grow, and this requires four conditions:

The biomass that this infection produces is sometimes referred to as a dark brown or black waxy sludge, but early indications are often black spots caught in the primary filter media. The infection can also take the form of a root-like structure, and this matted biomass clogs pipework as well as the filter. If not dealt with efficiently it will bring a generator to a grinding halt very rapidly.

Our customer’s fuel was usable though; in fact we have never happened across fuel that could not be burnt. It may not be as efficient and it may smoke a fraction more, but it can still be burnt. This meant the answer to its business continuity concerns was simple – fuel polishing.

Fuel polishing is a process to maintain fuel quality while it is in storage. This is important as it immediately removes the biggest concern for any fuel system, the vulnerability of the in-line filter. By autonomously recirculating and cleaning the fuel, independent of the generator being run, the water and contaminate can be removed from the fuel in an “off-line” approach. This leaves the in-line filter to reduce the particulate size only – the job it was installed to do in the first place (see Figure 2).

As it proved for our airline customer, off-line filtration is the correct way to keep the generator clean. Not only can the offline fuel polishing process deal with the issues of water, sediment, biomass and other bacterial content when the fuel is still in the tank, but it can keep the fuel in optimum condition too. The fuel did not have to be removed or transferred to be kept clean, and most importantly could be cleaned without having to start the generator – it’s a true independent off-line solution.

To put it another way, at some point the system will need to be cleaned; in fact it has sensors all over it to tell the building management system or building engineer when that is necessary; plus it will switch itself off at this point too to avoid any pump or pipe work damage. The main difference however is that the fuel polishing system can be drained or serviced without having to shut the generator down to do it.

Fuel polishing is a more environmentally friendly way to clean fuel too. It does not involve any chemical treatments, and yet it can control and remove the bacterial infection in fuel. It removes the water content using a static centrifuge and that same system removes the biomass and sludge too – this is simply drained out of the machine, meaning fewer, if any, replaceable parts are needed.

However, by far the biggest advantage is that our customer found out about its fuel quality issues and resolved them without relying on the “last gasp” principle. When the fuel polishing system pulled out significant amounts of contaminates and needed draining, the generator was still able to work. If the primary filtration stage had pulled that contaminate out, not only would it have been rapidly swamped, but it would have stopped the generator from carrying out its primary function – providing power to a stricken facility.

Back-up or standby generators are installed to perform a vital business continuity task, they are maintained and periodically checked, but it is amazing how many companies and organisations simply assume their fuel will be fine.

Thankfully our customer acted before any issues arose. This is the only sensible way to maintain your fuel quality. You can wait and try to sort the issues out after they have caused generator failure, but how expensive will that be? You can change a generator filter in five or 10 minutes if it becomes clogged, but you haven’t solved the problem, and it will very quickly recur. Rather than just dealing with the effect, you must tackle the cause.

You have to locate a replacement filter and change it over in the dark. Remember your generator was running when this problem occurred, so it was the only source of available power to your facility. No power, no light. However, by far the biggest problem is that you have left your facility without power for that changeover time. How much business will you have lost in that period? Or in the case of our airline customer, how many aircraft would you lose?