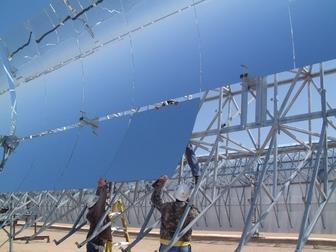 The long-mooted Desertec project aims to produce solar-generated electricity through a network of power generating facilities and transmission grids. The network could provide as much as 15% of Europe’s electricity demand by 2050, according to the Desertec Foundation.

The participants, which include Deutsche Bank, Munich Re and Siemens, have signed articles of association to establish a limited liability company, DII GmbH.

The company aims to accelerate the implementation of the Desertec scheme, which it believes could be up and running by 2015. The company has appointed a chief executive officer and will have its headquarters in Munich.