Withholding retention money is one of the most controversial practices in the construction industry today. But with reform delayed, what can subcontractors do to protect themselves? 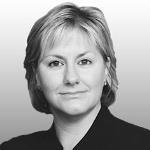 Leaving aside “pay when paid”, which was outlawed by the Construction Act in the 1990s, the withholding of retention money, criticised over two decades ago in the Latham Report, must be one of the most controversial practices remaining in the construction industry today. Supporters are keen to point out that retentions provide the ultimate incentive for contractors and subcontractors to return to site to put right defective works. Opponents maintain that withholding money otherwise due is unfair, outdated and that cash flow is key.

A recent poll by YouGov states that late payment to SMEs has reached nearly £23bn and that this has been exacerbated by Brexit.

It would probably not be a bad guess that retention money accounts for a significant proportion of this sum.

So what is the problem if an employer or main contractor (although not all should be tarred with the same brush, plenty of employers and main contractors operate their retention procedures on a perfectly fair and transparent basis) hangs on (in some cases for up to two years) to a percentage from interim payments as security for a contractor living up to its contractual obligations?

Retention is a huge issue for SMEs, whose margins are constantly being squeezed by the rising cost of labour and material

The answer is when the employer does so for extended periods of time, spends the money on something else or becomes insolvent. Chasing unpaid retentions and establishing legal entitlement in the courts or by adjudication could cause excessive cost to a contractor or subcontractor in time and money.

This is a huge issue for SMEs, whose margins are constantly being squeezed by the rising cost of labour and materials and who simply cannot afford to bankroll unscrupulous (or simply just inefficient) employers and main contractors.

Has the time now come for the government to intervene, as it did in the shape of the Construction Act and Late Payment legislation?

In April this year the Construction Industry (Protection of Cash Retentions) Bill 2016-2017 was introduced to parliament. It was described as “a bill to make provision to safeguard, and for the release of, cash retentions in the construction industry and for related purposes”.

No details are available, other than the statement by the bill’s originator (the SNP’s Alan Brown) in the motion for leave. This outlined that the bill was an attempt to guarantee (against a background of low profit margins, uncertain job prospects and a recruitment crisis) the prompt release of contractor retentions. It was hoped that money released would be used for investment in training and job creation, particularly for SMEs.

The bill was due to have its second reading debate in parliament in mid-May. But (ironically, as delay in reform was exactly what the bill was supposed to avoid), parliamentary debate on its proposals was kicked into the long grass by the calling of the general election.

Inevitably, there must be speculation that the demise of the bill will mean that any attempt at reform will also disappear. What can be done by anxious contractors and subcontractors to protect themselves in the meantime?

Potential solutions under the current law include the use of retention bonds (favoured by Latham) but quite costly, and the paying of cash retention into separate, protected bank accounts until it is paid out by a third party on a contractual trigger, such as the end of any defects liability period. Provided that any such arrangement amounts in law to holding the money on trust, then protection should be available in the event of employer or main contractor insolvency. But be cautious: careful drafting is needed to avoid the retention money (even if it is set aside) becoming part of an insolvent employer’s assets for general distribution. Legislation which protects retentions as an exception to the insolvency rules would be a step in the right direction.

The economic uncertainties of a Brexit deal (or no deal) following the election makes security of money held by another party an extremely sensitive issue. This is arguably one example of where, with due consideration of the interests of all parties to a construction project, formal regulation is required. If so, once the sound and fury of the election and Brexit dies down, perhaps serious action on retention reform will be on the list?