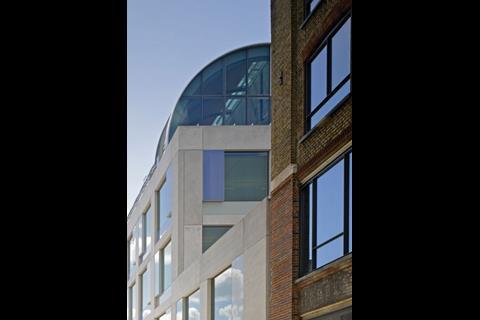 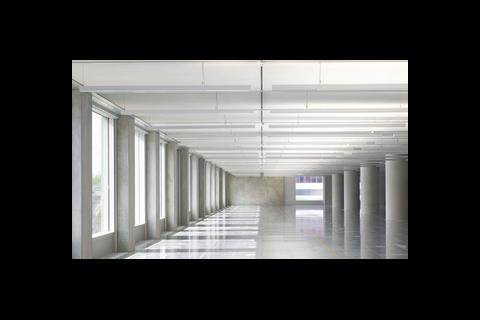 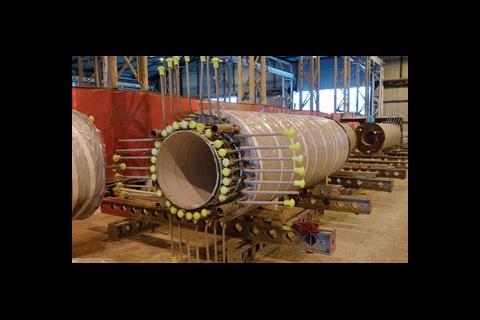 The hollow structural columns are used as supply air ducts 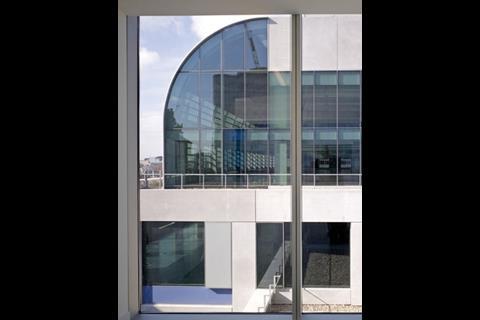 A tight site in Southwark provoked some creative thinking from the services team in their bid to meet London’s 10% renewables target.

Meeting 10% of a building’s energy needs from renewable technologies on site is a test for any design team. On a tight London infill it can be nigh on impossible, and the project may have to be exempted, at least partially, from the capital’s 10% rule.

All the more credit to engineer Arup for its holistic approach to just such a restricted site at 160 Tooley Street in Southwark, near London Bridge station, where it has integrated the building services into the structure in what the designers term a “lean office” solution.

The 18500m2 speculative office building for Great Portland Estates is part reconstruction of original Victorian buildings, part new build. The ground floor will be home to bars, restaurants and retail, above which will be five floors of flexible office space that can accommodate up to four separate tenancies.

The starting point for the lean design was the ventilation system. Working with architect Allford Hall Monaghan Morris and contractor Laing O’Rourke, Arup designed a displacement system that utilises the hollow central core of the precast concrete support columns to funnel air from the rooftop air-handling units down through the floors.

It is a neat solution: while the 1.05m external diameter of the columns remains constant, the cross-section area changes. So at the base of the column, where the weight of the upper floors is greatest, the walls need to be thickest; whereas from a ventilation perspective the duct is widest at the top, where the structural loads are least and the duct carries the most fresh air.

The columns were cast off-site using customised Rapidobat tubes. These cardboard tubes are normally used as external shuttering for solid concrete columns and are discarded once the concrete has set. To make the hollow columns for this project, Arup devised a system for using a tube as an internal shutter, with concrete pumped into the gap between two concentric tubes. The inner tubes remain inside the finished column sections. The differing wall diameters were created by altering the diameter of the inner tube, while leaving the external tube unchanged.

Ports cut into the columns deliver air to the 450mm raised floor. Short ducts deliver it to the perimeter of the floor plates, where it is needed most to deal with the solar gain. Final delivery is via floor grilles.

Ceilings are exposed concrete to add thermal mass to the interior, reducing peak cooling demand. For a high quality finish, 3m x 3m pre-cast concrete “biscuits” were used as formwork, with the post-tensioned concrete floor slabs poured directly on them. To accommodate the Zumtobel lighting track and the smoke alarm, the edges of each soffit biscuit have a shallow rebate cast into them.

The low energy ventilation system contributed to a 30% reduction in overall energy consumption compared with a similar size conventional office building. This reduced energy demand makes the 10% renewable component of the project more easily achievable by simply using a biomass boiler and solar thermal panels on the roof.

The biomass runs off pelleted woodchips. A street-level access chute allows monthly delivery into the basement storage hopper. From here an auger feeds the pellets into the boiler. And if the woodchip supply runs out, the multimode boiler can be switched to run on gas.

The 130m2 array of Viessman evacuated tube solar thermal panels will preheat the water for the biofuel boiler, reducing its fuel consumption. The lean office approach extends to the toilets, where rainwater is used for flushing and plant watering. A rooftop collector feeds a basement storage tank. However, the system remains connected to the mains in case of exceptionally low rainfall.

The building has been awarded a B on its energy performance certificate, with carbon emissions of 50kg C02/m2. The entire building has now been let to Southwark council – proof that lean thinking works.