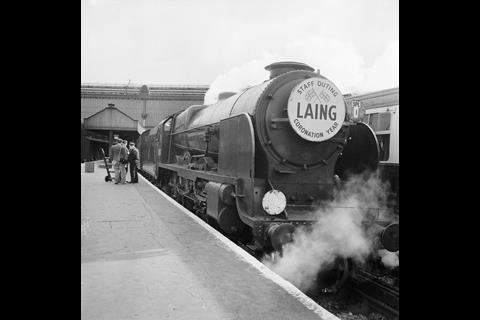 A steam train chartered by Laing leaves Waterloo station in May 1953, transporting Laing's London office on a staff outing to Bournemouth 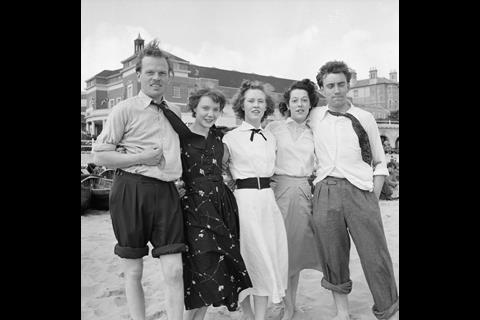 Staff from the London office on Bournemouth beach, May 1953 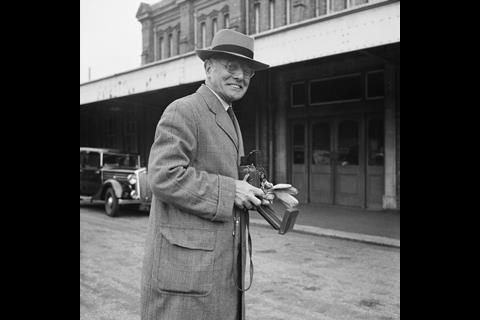 Sir John William Laing, son of the eponymous founder of John Laing, holds a Rolleiflex camera outside Bournemouth train station during the staff outing of the London office in May 1953 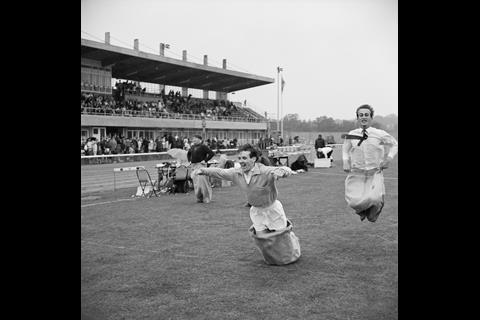 Two men jumping towards the finishing line of the men's sack race at the annual Laing Sports Day held at Copthall Stadium, Hendon, north London, in June 1966. It was the first time the event had been held there having previously taken place at the Laing Sports Ground at Elstree. A range of events included athletics and a football competition and competitors travelled from the firm's regional offices and sites, including from Scotland and Carlisle. There was also a funfair, marching band and sports competitions for children. The sports events were followed by a barbecue and social evening 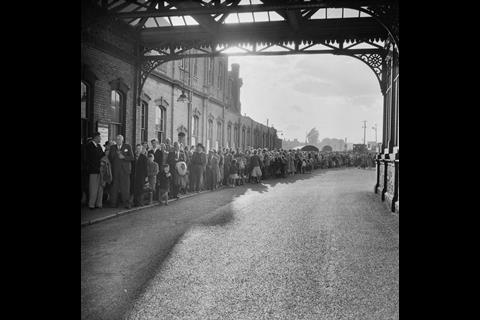 A queue of people at Bournemouth train station during an outing of Laing's London office to Bournemouth. Date unknown 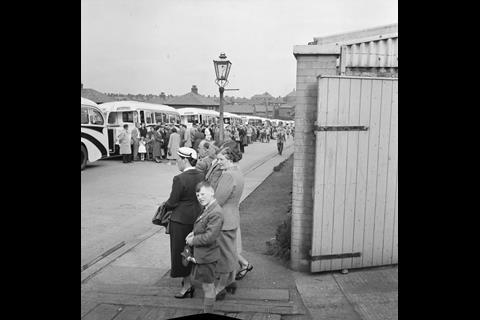 Laing workers and their families gather by a line of coaches during a Laing staff outing to Whitley Bay in Northumberland. Date unknown 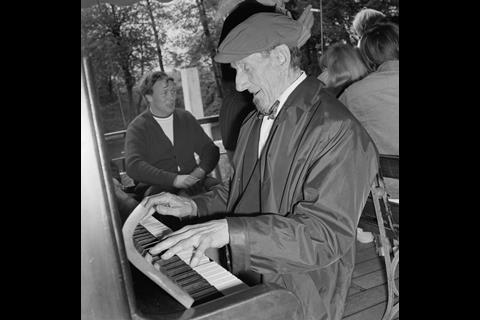 A man playing the piano on a boat named the Windsor Castle, during a trip of Laing Sports Club members on the River Thames near Windsor. Date unknown 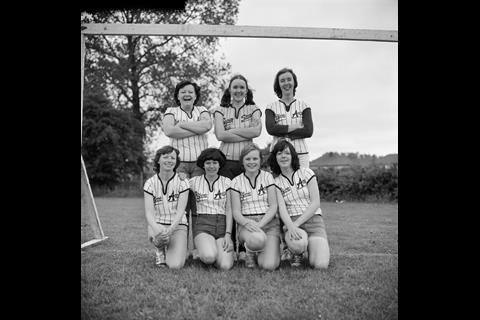 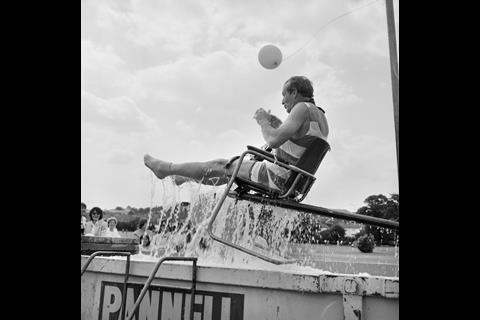 A Laing director in a dunking chair, being raised from a water-filled skip, as part of the 'dunk-a-director' game during Gala Day at Laing's Elstree Sports Club. Date unknown 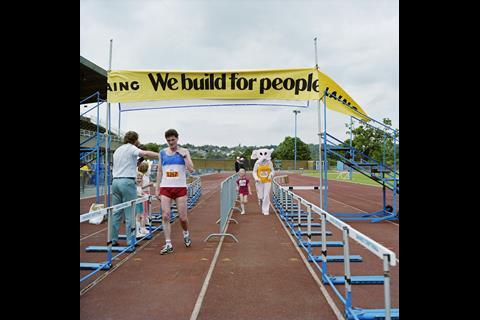 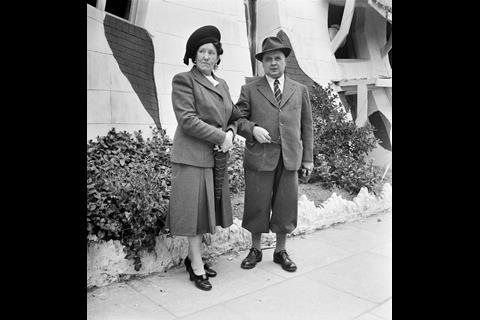 A smartly dressed man and woman on a Laing staff outing to Skegness. Date unknown 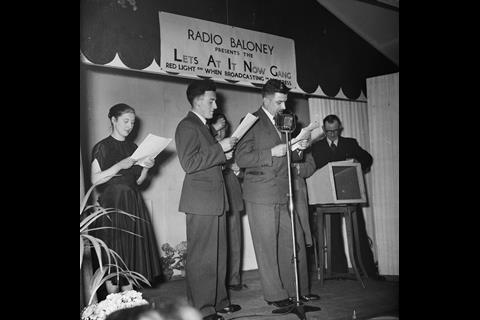 A group of people performing at the farewell party for WB Haughan, general manager of Laing's Carlisle branch. Date unknown

Historic England has released more images of a huge collection handed to it by John Laing depicting how the firm helped build modern Britain.

The latest batch shows workers and their families enjoying summer away days and sports days.