Heathrow has many hurdles ahead

It’s good to have more certainty over a third runway but delivery seems a long way off, says the Construction Products Association 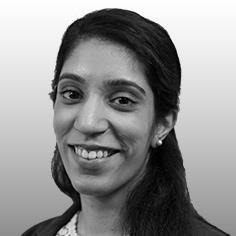 The government’s preference for expansion at Heathrow was finally confirmed today, siding with the Airports Commission report released back in July 2015.

However, a year of public consultation and, no doubt, political arguments will precede Westminster’s final decision, which is expected in winter 2017.

Early government backing for a third runway at Heathrow started with Alistair Darling’s white paper in 2003, which envisaged it would be up and running in 12 years. So it’s perhaps fitting that another government has revisited the scheme 13 years later.

As we have seen with Hinkley Point C, the first new nuclear power station in 25 years, large, strategic infrastructure decisions are fraught with setbacks on the path to the final approval stage.

Although the project will add to the portfolio of high-profile projects in the industry, spades are likely to hit the ground at the same time as the new nuclear build programme, HS2 and nationwide rail electrification schemes.

The CPA welcomes greater certainty on the scheme but we need to see delivery rather than just announcements.

Amandeep Bahra is an economist at the Construction Products Association