Even if the government accepts this report’s recommendations, the Hybrid Bill’s passage through parliament will be a long one 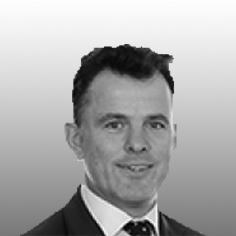 There is a real sense that the much awaited report into HS2 by Sir David Higgins will prove to be a turning point for this hugely important project. It is Europe’s biggest infrastructure project but has received a mixed reception so far with politicians, businesses, landowners, local authorities, community groups and the public as a whole.

I would expect the report to address many of the controversial issues. For example, the current plans for Euston are vigorously opposed by Camden council and many residents and businesses in the area. Sir David is expected to suggest a more radical solution for Euston station with a significant element of the cost paid for by commercial development over and around the station, similar to what has happened at King’s Cross. The belief is that this will be more acceptable to Camden council.

In addition, Sir David will be recommending changes which are intended to shore up the sometimes shaky cross-party support for the project, particularly to bring forward aspects of Phase 2 and to show generally that costs are firmly under control.

We will have to await the government’s response to the report but even assuming the government accepts the recommendations, many issues in contention will surely remain and so we are expecting a long passage for the government’s Hybrid Bill now before parliament.

Ultimately, it will be for those committees to strike the right balance between the private interests affected and the overall public interest in HS2

Many of those whose private interests are directly and specially affected, such as by proposed compulsory purchase, will want to have their say by petitioning against the Bill on matters of detail and then presenting their cases to Commons’ and Lords’ committees. Ultimately, it will be for those committees to strike the right balance between the private interests affected and the overall public interest in HS2. This will all take some time in parliament. It was always going to. Any changes to the project that the government makes as a result of the report could well add to the time required for the Bill to pass through.

So a particular question the government will be considering is whether aspects of HS2 can be accelerated now, so that construction can start on them early without waiting for the Bill to pass through parliament some time in, we predict, 2016.