When Andrew Davies, Wates’ chief executive, goes to the board next month it will be to tell them how he intends to double turnover at the £1bn family firm. But don’t expect a revolution 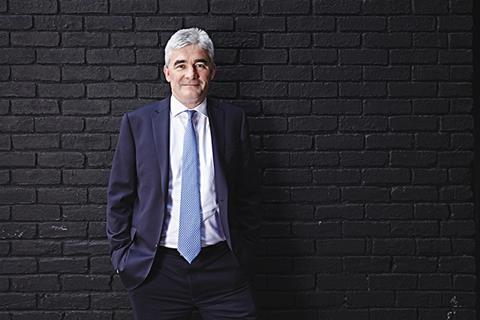 This year will be an important one in the 117-year story of Wates, one of the grandest old family firms in UK construction, after huge change in 2013. It is now 12 months since Andrew Davies was announced as its new chief executive, and over nine months since he joined the £931m-turnover firm. He succeeded Paul Drechsler, who as chief executive and latterly also chairman, had led the company for the best part of a decade. Drechsler’s departure - which saw him paid over £7m in salary and long-term incentives in his final year - also saw the Wates family retaking a direct role in the business through the appointment of founder Edward Wates’ great grandson, James, as chairman.

Now Davies has his feet under the table, he is starting to get a clear idea of a growth plan for the company which could see turnover more than double to £2bn. The former boss of BAE Systems’ £2bn maritime business, Davies comes from a background where reliability and quality are valued more highly than radical change. So don’t expect him to start a revolution at the company. But in advance of a board meeting next month where he will present the initial outcomes of his strategic review, it is clear that - albeit incrementally - there could be some big changes on the way for the Wates business.

There’s no doubting Davies has an altogether different style to that of his garrulous predecessor. Where Paul Drechsler would blaze into a room all handshakes, smiles and Irish charm, Davies, at 50, is a quieter, more softly spoken and more serious interview subject. In fact, as we meet in the deserted bar of a hotel in Clerkenwell, London, for his first interview as CEO, so softly spoken is he the concern is more being able to pick up his words above the background muzak. His appointment also sees Wates looking outside the sector. Raised in England to Welsh parents from whom he gained a passion for Welsh rugby, he has no construction qualifications - starting his career at BAE after gaining a business studies degree from Sheffield University.

But if he is a quieter presence than Drechsler, then he also manages quickly to give the impression it’d be a mistake to underestimate him. As one rival main contractor chief executive, who has met him on a number of occasions since his appointment, says: “He’s very bright, he’s hugely experienced, and altogether very impressive - it’ll be interesting to see what he does.”

In addition, as Davies himself says, BAE Systems is in some ways not a million miles from the business of Wates. Like systems integrator BAE building a Royal Navy ship, Wates’ role is also to bring together the expertise of a huge and complex supply chain. Both work on contracts where each project is a prototype, and in environments where health and safety is paramount. Though it’s a fair bet he’d swap the profits in construction for lucrative defence contracting margins in an instant. “There’s more commonality than perhaps I realised. But the competitive environment is very different. No doubt about that. Construction is a very, very competitive sector at all levels.”

My ambition is to get the construction business humming. it will be the engine room of growth, providing the power for the wider strategy

He’s not wrong there. Paul Dreschler’s last year in post was actually Wates’ worst for some considerable time, with pre-tax profit falling to an eight-year low at just £22.3m, on turnover down 22%. This fall took the firm’s revenue below the £1bn mark to £931m, a level not seen since 2006. However, with 2013 almost universally a poor year for main contractors, Davies is adamant there is nothing requiring him to rip things up and push through radical change. The fall in turnover he paints as a strength, reflecting a “disciplined approach” to bidding during the recession which steered it clear of jobs it didn’t understand the risk on. He admits the firm’s contracts are “not all sweetness and light” but there is nothing that will force a write down on the company’s accounts. Unlike many of his rivals, though, Wates has a definite ace in its hand: £95m of cash on the balance sheet, whereas peers such as Kier and Carillion have large net debts. And he’s full of praise for what he’s inherited.

“When I talk to third parties – communities, customers - they all say the same thing: you’re fortunate you’ve joined a very good company, and it has fantastic relationships, wherever it participates.

“I have to be very honest, I was … a little daunted as well as to what a great reputation I’ve got to uphold.”

But it may be that Davies is keen to create this sense of an orderly ship and continuity with the previous regime so that the changes he does want to make are able to come in under the radar. Certainly he has been tinkering and tweaking, even before he has completed his strategic review. He says he has put a new performance management system in place, reporting on a quarterly basis so that he can quickly understand exactly what he has inherited, and where it’s going. As part of this he has taken a particular interest in what Wates is bidding, something he sees as key to its future. He is also putting in place an “operating framework” for the firm, which will set out a common set of processes that all parts of the business have to adhere to when bidding and delivering work. He rejects the idea this could add a layer of bureaucracy or reduce the firm’s agility. “Quite the opposite, we’re taking away, we’re simplifying,” he says. “The operating framework will bring together processes, put them into a life-cycle approach.”

But as you can imagine, he has bigger targets in his sights than tweaks to operational processes. He will use next month’s board meeting to “bring the board in on the results of the strategic review”. This, he reveals, will see him set out how he plans to achieve a targeted expansion that aims to ultimately see the firm double in size to a turnover of £2bn.

“Certainly we want to get back to turning over £1.2bn within the next couple of years. But I think the longer-term aspiration would be to double the size of this business. That’s materially bigger and better.” He won’t, however, be held to a timeframe for this. “That’s not a hard target, that’s the aspiration of the shareholder, and what we’ve got to put in place is strategies to drive toward that target.” 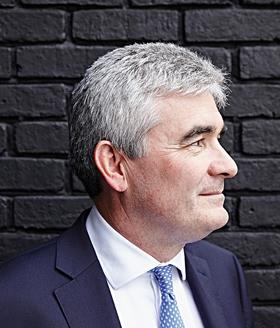 Naturally this has led Davies to consider moves into adjacent markets that Wates doesn’t currently operate in, which Davies says could be supplemented by modest bolt-on acquisitions if necessary. As Building revealed last month, these adjacent markets include infrastructure, with the appointment of former Alfred McAlpine infrastructure director Terry O’Connor to investigate the opportunities in this market.

Davies isn’t about to reveal the fine details of his plan before telling the board next month, and says no final decision on infrastructure has been taken. But his approach is clear: he sees the main thrust behind this growth to come not from risky forays into new sectors, but from expanding Wates’ existing operations. These include commercial and residential construction, which now account for about 70% of turnover; repair and maintenance work on existing homes and buildings, making up around 20%; and development activities which account for the remaining 10%.

The key, as he sees it, is to grow in a structured way which allows the cash generated by the construction business to fund the investment required to expand the other more profitable parts of the business. “The point is the three sectors are quite symbiotic: one very cash generative; one with long-term visibility of long frameworks; and then one which is long-term investments.

“We have to be very cognisant of cash generation. We are a family business, we don’t have access to public capital markets. We are developing [financial] models to make sure we don’t over-reach in one area.”

As part of this vision he says he has abolished the separate executive committees for development and construction in the firm, bringing them together in order that they work in a more unified way, particularly around the housing market. Wates will look to take advantage of its 2011 takeover of £48m turnover housing facilities management contractor Linbrook, to provide the boost to repair and maintenance work. “The type of activity and the type of contract written in that [R&M] sector mean you can probably generate more predictable and slightly higher margins, because you’re offering a richer technical service,” he says.

But this should not be taken to mean that Wates will ignore its traditional construction business; far from it. While construction generates lower profit than either R&M or development, it produces the cash flow both parts of the business will need to take advantage of in order to grow. “My ambition is to really get the construction business humming. It will be the engine room of growth, providing the power for the wider strategy,” he says.

Davies is particularly keen to stress the importance of a much more selective approach to bidding as a way to achieve this - in order that Wates wins more of the jobs it goes for. Frameworks will remain key but Wates will also have to rebalance its clients to take advantage of the rebound in private sector work, with 60% currently public sector. “We need more of a balanced portfolio between government and private sector schemes, nearer 50-50 going forward. But I wouldn’t ever advise leaving one sector - we need to do both.”

As well as its staple of medium-sized office schemes, Wates has already pushed hard with some success in both the school building and housebuilding markets. Davies clearly sees both these markets as continued targets. In particular, the housebuilding sector offers further opportunity to blend its contracting and development skills, as Wates already does working alongside councils, housing associations and housebuilders. The stress on school building - Wates is now on site on 26 school building projects - is also why he was particularly disappointed at the Education Funding Agency’s (EFA) decision to select a number of its big rivals over Wates for its recent regional framework. But while it clearly smarts, Wates is not about to challenge the EFA’s decision.

“No, we won’t challenge,” he says. “It’s disappointing, you never bid to lose. But we learn the lessons and we move on. We fully intend to develop our relationship with the EFA and build that business.”

These difficulties underline the fact that growth on the scale Davies is envisaging will not be plain sailing. The recovering market has given contractors the negotiating leverage with clients to take on fewer risks on new contracts, but Davies says margins are not yet getting any better and with the existing pipeline to work through, times are still very tough. “This year has been a good start in terms of the top line [revenue],” he says. “But our feet are firmly on the ground. The real issue is bottom line [profit] growth. Our peers are being very cautious about the level of bottom line growth and we’re no different. We’ve yet to see higher margins, but what we’re seeing is better quality of contracts coming through.”

Davies is - quietly - confident Wates can negotiate these difficulties better than its competitors. As an untested figure in the construction industry, it will be fascinating to see if he is right.

This interview was published in print with the headline “Softly, softly”