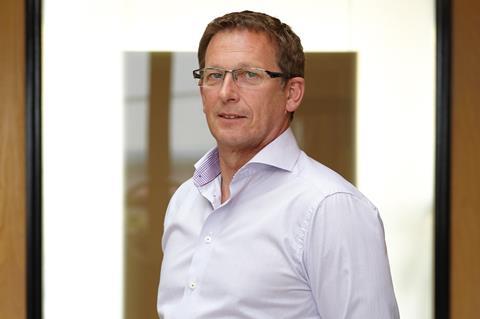 A rapidly ageing population represents a great opportunity for builders of retirement homes. And given that between now and 2035, 60% of new household growth is expected to come from older people, developers should surely be falling over themselves trying to get a share of this market. Strangely, this is not the case. In fact, retirement homes are overwhelmingly the domain of one company: McCarthy & Stone. Gary Day, land and planning director, reckons his company’s activities represent about 60-70% of the retirement marketplace.

Sitting in a top floor office in McCarthy & Stone’s Bournemouth headquarters, Day acknowledges that his firm’s market dominance is something of an oddity. “I think it is surprising,” he says. “You would have thought that companies would look at the demographic projections and recognise the opportunity. Some of them are, and some of the big housebuilders have stuck their toes into this market in the past but their timing was unfortunate - they came into this space in the late eighties just before that recession hit then and got their fingers burned.”

Day adds that some volume housebuilders have “dabbled” with retirement homes since then, but says that it is a specialist field and needs an intimate knowledge of user requirements. “You need to know an awful lot about your customers - we’re selling a lifestyle not just a home - and there are ongoing management issues associated with the type of housing we deliver,” he says.

If the demand for retirement housing is strong - and getting stronger every year, given that between now and 2030 there is expected to be a 50% increase in people aged 65 and over in the UK - supply has in recent years been pitiful (see graph below). According to Day, there are only 106,000 dedicated retirement housing units in the country. So, what is preventing McCarthy & Stone and its competitors from delivering more homes? And how does Day see the retirement market changing in the future? 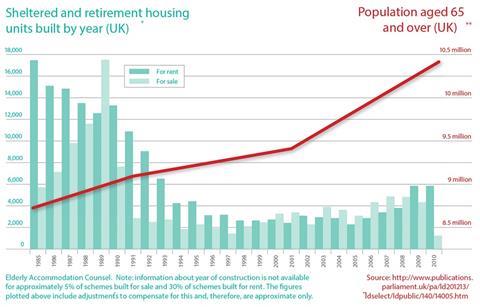 McCarthy & Stone’s recent history has been tumultuous. The company was taken private in 2006 in a £1.1bn deal led by Sir Tom Hunter and the Reuben brothers. The company got into trouble following the 2008 crash and a 2009 debt for equity swap left Lloyds with a 25% share in the company. It is owned by between 20 and 23 financial institutions, according to a company representative, and is in the midst of a strategic review. The company had revenue growth of 12% for the year ending August 2012 and pre-tax profit rose 10% to almost £40m - a five year high - for the same period.

McCarthy & Stone’s plans for growth are ambitious. Last year the company sold around 1,400 units and Day says that he expects to sell between 1,600 and 1,700 this year. The firm’s business plan expects it to double unit sales within the next four years. In order to achieve that, Day says that the company will invest £1.5bn in new development over the next five years - around £300m each year.

Such expansion obviously requires a significant advance focus on site acquisition and Day believes that the credit crunch and in particular the downturn afflicting property and construction has provided an opportunity in that respect. While he says that the recession has posed problems for McCarthy & Stone, developers’ reduced interest in sites has also been beneficial.

“We recognised as we came out of the credit crunch that there was a land buying opportunity for us because we weren’t going to face the same degree of competition,” says Day. “So we’ve been doing really well, buying roughly 60 sites per year for the last three years. This year we’ll purchase another 50 sites. And the land we buy today provides us with our sales in three years’ time.”

McCarthy & Stone’s plan for growth also goes beyond selling the same products that they have traditionally developed, which basically comprise two types of retirement homes made up of one or two-bedroom flats with differing levels of on-site care and social infrastructure. “It’s a changing opportunity,” says Day. “It’s an ageing population with people with a different type of profile coming forward. It’s not just about increasing what we’re doing now -
although there is plenty of scope for that - it’s about delivering new types of housing for the new elderly age group.” 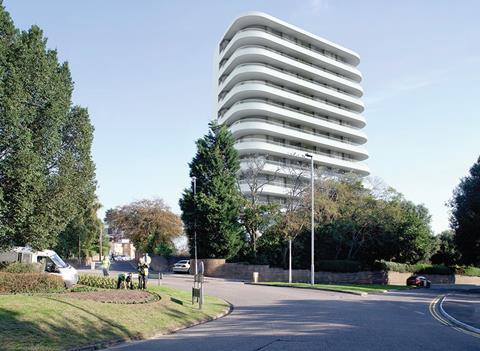 To that end the company has been conducting research into the retirement living requirements of the so-called baby-boomer generation, which is approaching, or has already arrived at, retirement age. From the results of that study, Day says he has identified three new development archetypes: one close to traditional developments but on a smaller scale and cheaper; another comprising apartment buildings specially designed for older people but with more car parking spaces to account for people’s increasing desire to travel outside their immediate vicinity in old age; and the third made up of a mix of bungalows, terrace houses and some flats.

Traditionally, McCarthy & Stone has focused development on sites close to local shops and public transport networks in order to give residents a degree of independence without the need for a car. Day says he had expected the baby boomers to have different priorities, but that turned out not to be the case. “We thought that they wouldn’t be so concerned about being centrally located and that more remote or rural locations would have been attractive,” he says. “But whereas for current customers it’s about having easy access to shops, with the baby boomers it’s more about easy access to restaurants, public houses, bistros and theatres. So it’s a lifestyle aspiration that we’re responding to more than a needs-based requirement.”

In response to its research findings, McCarthy & Stone decided to run a design competition, which resulted in around 100 architecture firms submitting proposals. Day says that the winner, announced last week - Bristol-based Tom Russell Architects - responded to the challenge not just by meeting the brief but also by thinking hard about how future customers want to live. “They really thought about the type of lifestyle that the age group would be looking for and the characteristics of the site,” says Day.

However, for any housing developer looking to move into retirement housing, Day warns that it is not without its frustrations and risks. For instance, the fact that retirement developments need to be close to existing facilities means McCarthy & Stone often faces competition for sites from both residential and commercial developers that do not have the same levels of additional cost. “We’ve lost sites to the likes of McDonald’s, storage companies and even car parks,” says Day. “McDonald’s aren’t required to make a contribution towards affordable housing, they don’t face enhanced building cost through any code for sustainable buildings - there’s only the Code for Sustainable Homes.”

Perhaps most significantly, Day says that the Community Infrastructure Levy (CIL) - a charge on development levelled by councils per square foot on different types of development and intended to largely replace section 106 contributions - represents a “serious threat to our business”. This is due in large part to the fact that CIL does not as yet differentiate between retirement housing and new homes in general. “We don’t operate on a level playing field with other housebuilders because the CIL charging schedules relate to gross internal floor area and we have 30-40% non-saleable floor space [dedicated to communal areas] in all of our schemes,” says Day. “And in some instances the CIL charge is much lower for commercial than for residential use. We lost a very good site in Leeds for both those reasons.”

Day proposes that, much like affordable housing, retirement housing is recognised as a good in itself in the planning system, something that has received backing through a recent House of Lords committee report and more loosely through the second iteration of the HAPPI report. “It starts with recognising the social and economic benefits that flow from having better housing for older people,” he says. “There’s a strong correlation between better housing and better health, which can bring a big saving to the public purse. The other social benefit is that our customers are downsizing, so they’re freeing up larger stock. So, we need to recognise that this is a good thing and have a presumption in favour of it for that reason.”

It is clear that the retirement housing sector provides a big growth opportunity for specialist companies like McCarthy & Stone and, potentially, for other housing developers wishing to enter the market. However, the planning system sets significant hurdles in the way. Perhaps it is time for the government to introduce a new use class, in order simultaneously to address not only the future growth of an ageing population, but also the growth so clearly needed by the construction industry. Meanwhile, McCarthy & Stone will be doing very nicely, thank you.