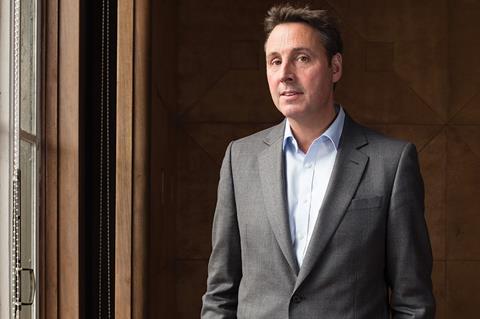 Glenn Howells is an architect with a clear sense of history. It is fitting, therefore, that the photo shoot for this interview took place in the Aston Webb room at the RIBA in central London. Almost exactly 100 years ago, Webb was commissioned by Sir Joseph Chamberlain to build the semi-circle at the University of Birmingham, a building that Howells’ practice completed last year. Building would love to claim responsibility for the aptness of the setting, but in reality it was only when Howells was in front of the camera that he himself made the connection.

Howells’ interest in history is far from academic. Rather, he seeks to make use of the historical built environment to inform his contribution to its present and future development. In particular, he believes that the adaptability of older architectural forms contains lessons for the built environment of the future: if a building can easily switch between uses it is unlikely to become obsolete and need to be replaced, something with obvious benefits both to the environment and the building’s owners.

Howells’ eponymously named practice’s London office is a case in point. A conversion of the old Sarson’s vinegar factory on the south bank of the Thames, the building’s adaptation was undertaken by Howells himself and configured in such a way that it can easily switch between residential and office use. “It wasn’t a huge project,” says Howells. “But when we did it we just thought ‘how sensible’.”

The project also got Howells thinking: about how we work, how we live and how we study - and how all of that should inform the development projects that the construction and property industries undertake in the modern era. His conclusion? “It’s all getting messier.” So, how should the industry respond to the mess and what practical solutions has Howells come up with? 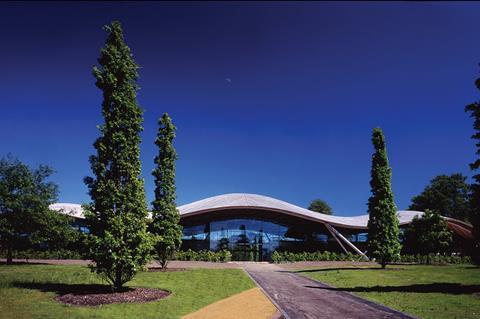 The Savill Building, Windsor Great Park: the visitor centre opened in 2006 and provides a new entrance to the Savill Garden and the gateway to the Royal Landscape

First off, a qualification: Howells isn’t arguing that there is never a case for dedicated office development. “In central London you’ve got areas that are core office locations and the corporate market is strong enough to drive large floor plates,” he says. However, away from such sites, Howells believes that there is a need for more adaptable buildings that can serve smaller companies and be easily converted into housing depending on what is needed locally.

“We’re working on a number of masterplans that question what office space will be, especially in non-core office locations,” he says. “We’ve seen it over the last 100 years, but I don’t think that there is an inexorable shift towards larger floor plate offices.” Howells adds that many smaller, creative companies have no desire to grow beyond 40 people and require no more than a 3,000ft2 floor plate, which makes the idea of space for such companies being adaptable for residential use that much easier.

We’re working on a number of masterplans that question what office space will be, especially in non-core office locations

Similarly, Howells believes that the distinction between the commercial and academic requirements for buildings is starting to break down. Increasingly, he says, companies are partnering with universities to provide them with the research and development capacity they require, citing Jaguar Land Rover’s current investment in the National Automotive Innovation Centre at the University of Warwick. “If Jaguar Land Rover wants to develop a new product they’ll get there quicker if they do it through partnering with a research unit at a university,” he says. “It’s a nimbler arrangement: they buy the [research capacity] when they need it. Universities are changing. The best ones are no longer just about selling degrees.”

This, Howells argues, has a big impact on the sorts of buildings companies and universities need, and on universities’ attitudes towards property. “University buildings and office buildings are becoming more similar,” he says. “You might get to the point where universities don’t necessarily want to own buildings. They might want to take a lease on a building because they don’t know what their needs are going to be for the next 100 years. University estates and business districts are becoming indistinct.”

Technological change is making what Howells proposes a lot easier. While traditionally office floor-to-ceiling heights needed to be greater than those in residential buildings in order to take account of the extra facilities needed in a commercial environment, technological development is rendering that requirement obsolete. “The idea that you need a raised-access floor and suspended ceilings is no longer the case,” he says. “I think that what you’ll see in the next few years are smarter ways of getting power around [a building]. Wireless technology will play a big part because you don’t need to get all of your comms through the floor. There’s less kit - everything is getting smaller.” 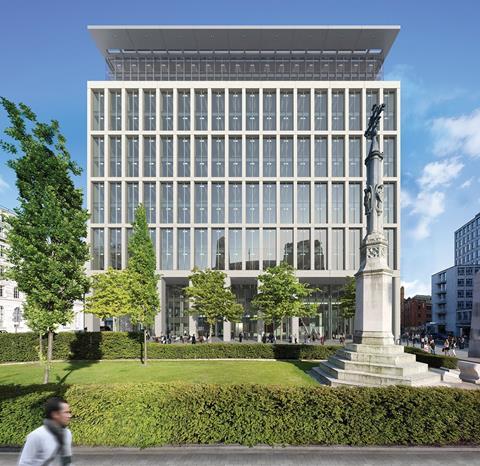 One St Peters Square, Manchester – a new commercial development due to complete in 2014

It appears that government thinking is at least consistent with Howells’ proposals, with the removal of the need for planning permission for a building to change use-class between commercial and residential. However, some councils have proved resistant to the change and have been offered the opportunity to apply for an exemption. Indeed, Peter Rees, the City of London Corporation’s stalwart chief planner, secured an exemption before other authorities had been granted the right to make the case for one. Could resistance from the planning profession prove problematic?

Howells thinks not, stating that there has been a widespread acceptance that the role of public sector planners is “no longer to resist development”. He says: “It’s a slow sea change but I’ve detected it. Buildings and offices and housing aren’t a small part of our economy. We can’t be in the business of resisting development any more because otherwise we don’t have an economy.”

Howells recognises that outside urban areas local authorities still tend to be more conservative, but adds: “What I don’t see meeting so much resistance is using our cities in a more intelligent way. There’s a recognition that we have got to be cleverer about how we use our built assets. A fifties’ idea of zoning is totally out of date.”

To a certain extent, Howells’ ideas aren’t particularly revolutionary - something he readily volunteers. The use of buildings intended for housing as offices has been happening for a long time, as a casual examination of many streets in central London makes clear. “It’s already there in the City, because some of those smaller companies that serve the larger ones are in conversions.”

Howells gestures through a window to a terrace of Georgian townhouses beyond. “There’s loads of capacity in conversions that you don’t even notice. Around here there are loads of offices in Georgian or Victorian buildings that were built as houses.” Forward-thinking authorities are also amenable to sensitive conversions. Howells points to his and developer Urban Splash’s conversion of the Rotunda building in central Birmingham from office to residential use.

So Howells’ contention that the way we live is getting messier is convincing and his solution is quite neat. After all, surely city dwellers would rather have buildings that can adapt as society changes than be surrounded by redundant ones? 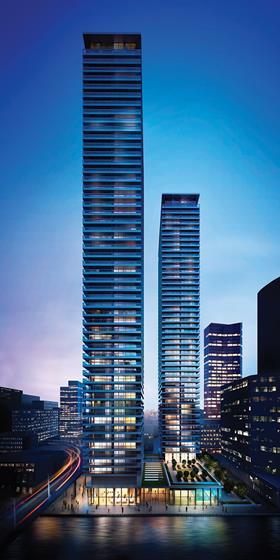 On behalf of Arrowhead Commercial, Glenn Howells Architects submitted a planning application to Tower Hamlets council in London for twin residential towers at Arrowhead Quay in February this year

The recession “It’s been tough and a lot longer than any of us expected. We were fortunate that we had some very good clients, such as Argent and the Grosvenor Estate, who take a long-term view. They don’t buck the recession but they have the confidence to continue doing what they’re doing. We have varied in size, we’re now 65 and were 100 at peak. It’s better to have a degree of growth because then you can allow your people to grow with you.”

The state of the architecture profession “I think that there has been a fork in the road. I think that you’re either going to be a very large, global multidisciplinary company or you’re going to be something more bespoke. Either is fine, but you don’t want to be stuck in the middle and confused about what you can offer.”

Management “I don’t make all the decisions in the company. I think that it’s difficult for a company to fulfil its potential if all decisions are made by one person. Our team has been working for a long time on how to devolve responsibility - otherwise people won’t fulfil their potential.”

Organic growth “We’ve never opened an office to grow the company. We’ve got offices in Birmingham and London because we had opportunities there ages ago with clients that wanted us to work on their projects. The same thing happened in China - we were invited to work on some projects and we’ve grown an office around that.”

Housing “What I want to do is build houses that are affordable but also generous in height and scale. We’ve been window dressing ever smaller flats for the last 30 years. Is that what we’re going to go down in history for having done?”