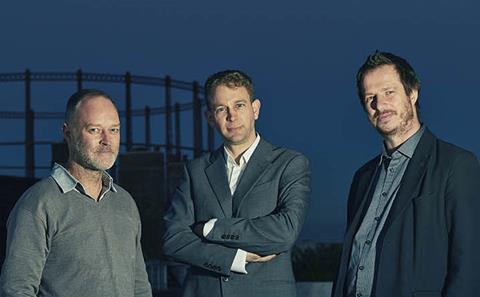 With odds from the bookies of 6/1 against, the winner of this year’s Stirling prize for architecture was something of a surprise. Witherford Watson Mann’s insertion of a new building within the ruins of Astley Castle in Warwickshire was ambitious, but can hardly be said to be a typical Stirling-winning project.

In fact, Astley is not even a typical WWM project. Prior to winning the job for client the Landmark Trust, WWM had worked almost exclusively in London and on mostly public and cultural buildings and spaces, including an extension to the Whitechapel Gallery in east London and a new HQ for Amnesty International.

However, WWM’s partners insist that the Astley project built on their previous experience since founding the practice 10 years ago. And they insist that their new-found fame won’t lead to a change of ethos.

The focus of WWM’s previous work reflects the passions and interests of its three founders - Stephen Witherford, Christopher Watson and William Mann - who discussed their ideas on a series of early morning walks around neglected parts of London while they were working for different firms. “We’d do a walk, have breakfast and then go into work,” says Witherford, who at the time was working for Eric Parry Architects. “It wasn’t a project - there was no sense that it would lead to anything. It was just about learning about the city, you could feel the city creaking into motion around you, but out of that came the idea of starting a practice.”

The firm, which now employs 12 people, has made a name for itself working on projects for clients that are unlikely to become repeat customers. “We describe all our projects as one-offs,” says Witherford. If you think of Amnesty’s HQ, it’s the only building they’re going to do for a long time. And another extension to the Whitechapel Gallery won’t happen for a few years. Astley does fit into that spectrum of projects.”

However, Witherford readily admits that WWM didn’t have much experience of working on structures as historic as Astley Castle. This, he believes, proved to be an advantage. “The judges asked us if we’d done a lot of heritage work and clearly we hadn’t,” he says. “That was probably a helpful thing - that little bit of naivety. A lot of practices would build outside the ruins of a castle and treat them as something to look at rather than live in. We don’t have those same inhibitions.” Mann adds: “What we have learned is a certain lack of sentimentality. Our approach was to leave it as a ruin but to use a new house to prevent the old one from falling down.”

Our naivety has probably been a good thing. We don’t have the inhibitions of other practices

Indeed, such was the dilapidated state of Astley that WWM was forced to proceed along rather unconventional lines, gaining planning permission without actually having been on site. “The planning application was as good a picture as we could establish,” says Witherford. “We got very limited access. But there were several things that we hadn’t been aware of: medieval arches that hadn’t been recorded and other elements that had eroded further.”

All of which meant that the design that WWM had come up with had to be adapted in what Watson describes as an “iterative process”. Given the sensitivity of the site and the involvement of outside stakeholders such as English Heritage, this should have made the project something of a nightmare. Not so, says Mann. “The process was tolerant of that ongoing learning. Perhaps the key to that was the fact that the castle was about to fall down.”

Witherford adds that far from acting as a brake on the project, English Heritage greased the wheels. “The principle of building into the heart of the castle and stabilising it with a new structure was immediately understood,” he says. “English Heritage in particular really got the idea. There were times, when [the Landmark Trust] were unsure, that English Heritage brought confidence.”

And WWM’s work on Astley has had unexpected benefits for the client. “The transformation for them was that the design and publicity has introduced them to a new and younger audience,” says Witherford. “They’re getting quite a lot of interest in Astley from people who haven’t previously hired a Landmark Trust property.” 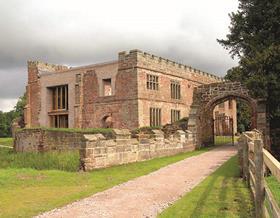 So given WWM’s success with the Stirling prize, presumably business is booming? After all, the media coverage of the win was widespread - from Building to the BBC. “We did get some initial interest,” says Witherford. “But it would have meant we couldn’t fulfil the commitments we’d already made to existing clients. We just felt that we needed to remain committed to what was on the table, so we politely declined.”

However, Witherford says that the Stirling win has helped to bring confidence to some of WWM’s existing projects and strengthened the practice’s relationship with its clients. “We’ve found that with some of the jobs that we already had, which were marginal jobs for charities or small cultural institutions where the funding of the project wasn’t finalised, the presentation of the award gave them a bit more confidence,” he says. “It probably did more to sure up existing projects than to bring in a great flurry of new ones.”

So what now? WWM’s founders say that it is still early days to assess the impact of the Stirling prize win, but it is clear their focus remains on the type and quality of the work that they do, rather than on any grand plans for expansion. “Our ambitions aren’t wildly different to when we started, which was to do public buildings, public spaces and public housing,” says Mann.

Witherford’s thinking about the future, too, takes him back to the practice’s origins: it isn’t about doing more housing or more public buildings - it’s about thinking how those buildings knit most effectively into the wider city. “There have been architects and architecture, and there have been landscape architects,” he says. “They’ve been on teams together and co-ordinated by someone, but what I see going forward is us using our skills to bring those two things together profoundly.”

This article was published in print with the headline “Stirling work”.