Is lack of true teamwork an industry issue? 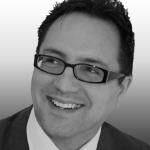 It sounds like rhetoric, doesn’t it: “we are one team, everyone”, “we must stick together and help one another”, “we are one family here”, and so on.

It doesn’t seem the natural British way to continually tell one another how we are going to succeed as a group. I suspect our US friends find it easier to promote togetherness, with expressions like “you’re the man”, although it’s probably the woman that “knocked it out of the ball park”.

Or is the lack of true teamwork an industry issue? The point is that successful construction projects require high-performing teams, and high-performing teams are those who function effectively together, understand one another’s challenges and who work in a collaborative environment to strive for a common goal of the most successful project that can be delivered for the client.

While there are some great examples of teamwork in construction, there are more examples where it is absent. Sporting teams that achieve greatness are very visible due to media coverage. Team Sky cycling team, the British & Irish Lions, England’s current women’s football team, the remarkable achievements of Leicester City FC the season before last, and many more. They all share a desire to achieve a common goal and the team always comes first – this is the prerequisite for success.

This is all obvious, I hear you say; so why is it that this is often not the case in our great construction industry? There is, of course, not a single answer to that question as the construction process is not that straightforward. However, common trends are a lack of clarity as to what the project’s objectives are, causing confusion and tension among the team; a disengaged consultant, often the result of inappropriate fee levels; project politics providing a barrier to the team doing what’s right for the project; assembling a team who don’t share the same values as one another or that of the client; or, finally, an influential team member with a large ego and his or her own agenda. I challenge you to tell me you can’t relate to at least one of those observations!

So, it really doesn’t matter how good the brief is, how detailed and co-ordinated the design information is, how robust the cost plan is, how effective the procurement strategy is and how realistic the programme is, because if you don’t have a high-performing team with a common objective and set of values, operating in a collaborative environment with a strong project culture, you’re unlikely to enjoy the best experience and result that could be possible.

Teamwork isn’t the only thing, it’s everything …