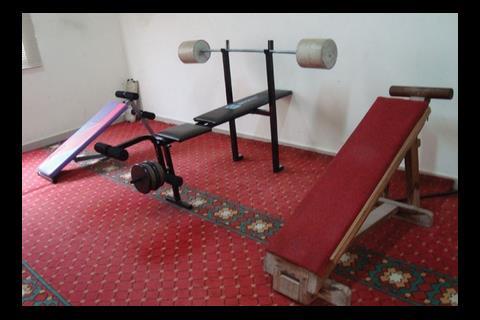 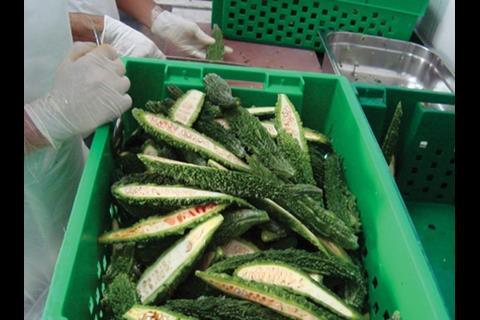 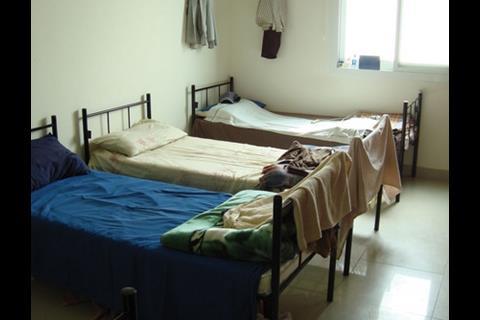 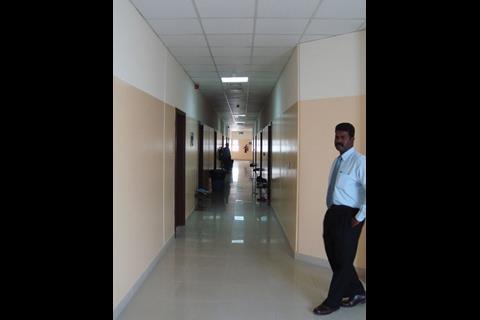 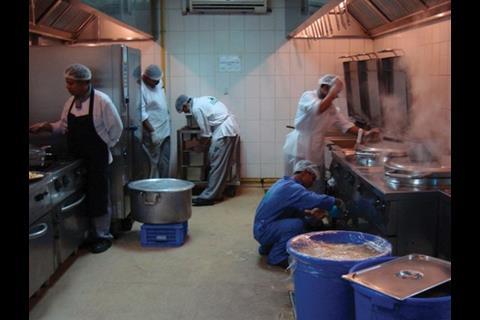 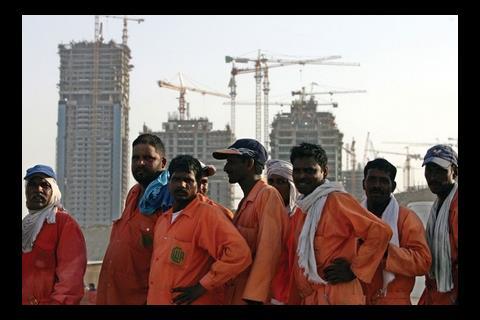 Under UAE law, workers’ camps must be clean, well lit and provide 40ft2 of living space for each resident. They are also denounced as among the most inhumane in the world. Roxane McMeeken went there to find out why

The most striking feature of Al Futtaim Carillion’s Dubai Investment Village – a labour camp, to you and me – is its long, clean corridors. When Building visited, a caretaker unlocked bedrooms at random. Most contained four beds, a television and little else. Room after room revealed that these men have almost no possessions here, beyond the odd pair of flipflops and a few toiletries. But the bedroom floors were absolutely spotless. The outside areas were paved and dotted with trees.

It’s a far cry from the horrendous conditions exposed in a recent BBC Panorama documentary. If you didn’t see the programme, it showed a camp run by UAE contractor Arabtec, where men slept more than a dozen to a tiny room. Blocked toilets flooded the bathroom with piles of excrement, making the reporter gag.

The interesting thing about Al Futtaim Carillion’s camp, though, is not that it is a trailblazing UK company showing the locals how things should be done. The fact is that it is doing little more than following the UAE’s laws on labour camps. This raises the question, if the camps are as bad as has been depicted why is the government failing to enforce its own laws? And more importantly, is the situation going to get better or, with fears growing over swine flu, is it about to get a whole lot worse?

The Panorama documentary has had quite an impact in the UAE. Arabtec has defended itself against the claims it made – chief executive Riad Kamal told local press that the programme was not representative and “unfair to both Arabtec and Dubai”. Meanwhile, the governments of Dubai and the UAE’s federal government have issued a string of announcements about plans to improve conditions. For example, on 29 April Sheikh Mohammed, signed off measures aimed at improving the welfare of the immigrant workers who live in these camps.

However, it could be argued that introducing new legislation misses the point when so many are failing to meet current laws. In 2007 Dubai municipality issued a series of regulations for labour camps. These said that 40ft2 of space should be supplied for every worker in labour accommodation and that there should be at least one bathroom for every eight men – which is also the maximum number that are allowed to share one room. Each camp is also meant to ensure that there should be “enough ventilation, natural or artificial light, thermal insulation, drainage, water supply, gas, electric supply and fire safety measures”.

Mafiwasta, an international organisation campaigning for workers’ rights in the UAE, is one of several human rights groups that say most camps are in serious breach of these rules.

“Laws are only as strong as the mechanisms that enforce them and there appears to be no mechanism to see that the labour laws are consistently implemented,” says Nicholas McGeehan, the organisation’s founder.

The UAE government appears to have no statistics – or none that it will disclose – on the number of men living in camps that do meet the law. Neither has it made available the number who have lost their jobs and, unable to return home, are stranded in detention camps. McGeehan says the fact there are no numbers is a major concern. “It is the UAE government’s responsibility under international law to have this data,” he says.

Human Rights Watch says 95% of the UAE’s labour pool, amounting to 2.7 million workers, are migrants. They are mainly employed in the construction and energy industry, and most are from the Indian subcontinent.

The number of government camp inspectors is also unclear. Mafiwasta believes there are about 130 of them – which is not many to keep an eye on 2.7 million people.

McGeehan adds that the ministry of labour and social affairs, which is the government agency in charge of the workers’ welfare, has neither the ability nor the willingness to execute its brief. The UAE government declined to comment.

How bad is Dubai?

You can’t blame the government for detaining workers who’ve lost their jobs. The agencies and contractors have forgotten these people. Their situation is absolutely miserable

Leaving aside numbers, many Brits working in the UAE’s construction industry say even some of the poorer camps provide better conditions than elsewhere in the world – including the UK. One project manager says: “It’s just because people have got it in for Dubai. In the UK you have no idea where your labourers sleep or what they eat. We’ve all heard stories of Poles coming over and sleeping in vans.”

Evan Anderson, co-founder of consultant Blair Anderson, says: “In the early days of my career when I worked in construction in Iraq, I lived in similar conditions. That’s just the way it is.”

The feeling that Dubai is being unfairly singled out is exacerbated by the fact that there are clearly problems elsewhere in the Middle East. In Bahrain, for example, a fire ripped through a labour camp in March, leaving more than 200 workers homeless, and bringing to light the fact that they were sleeping 13 or 14 to a room. Gita Krishnan, a volunteer with Helping Hands, a Bahrain migrant worker charity, says: “The buildings were so tightly packed that it was difficult for the fire brigade to get to them, and one building was destroyed.”

She added: “Many of these workers were planning to go home soon and they had all their money saved in cash in the building, so they are in a desperate state. It’s very sad.”

Others argue that it is right to focus on the UAE. Almass Pardiwala is general manager of Wahaa Travels & Tours, a Mumbai recruitment agency that places Indian labourers in the Middle East and Africa. She has recently begun campaigning for workers’ rights in the UAE. “The conditions of workers there are the worst in the Gulf and worse than Nigeria,” she says. “In many cases, although not all, their accommodation is called a ‘camp’ but they are more like ghettos with up to 16 men sleeping in a room.” She says there are camps that do not have potable drinking water, so the men have to boil it, and that some suffer from electricity failures owing to those in charge not paying their bills.

Another issue is the confiscation of workers’ passports. “I know of people who are desperate to return to India, but they can’t because their passports are being held,” she says.

Is it going to improve?

The recession that is affecting the UAE is particularly severe in Dubai; according to research firm Proleads, at least 50% of construction projects are on hold. The workers who were to have built them have lost their jobs, and therefore their visas. This has put many of them in an impossible position. Pardiwala says: “Thousands of workers who have lost their jobs are unable to go home. Companies are cancelling their wages and visas, but also cancelling any agreement to send them back.”

These workers are being held in detention camps by the UAE immigration department. Pardiwala says these camps are like prisons. Building has learned that UAE residents are collecting food parcels to donate to the detainees, raising fears about what conditions in these camps are like.

Pardiwala says the employers are to blame. “You can’t blame the government for this. The agencies and contractors have forgotten these people. Their situation is absolutely miserable.”

The news that the World Bank believes that workers in the UAE’s labour camps face the highest risk of swine flu could signal another blow for the labourers. Guy Ellena, director of health and education at the bank’s International Finance Corporation, said: “Migrant workers are among those most at risk from swine flu, as they live in such close proximity to one another. Large concentrations of people living with less than adequate hygiene will be exposed to the illness much more than those living in a better environment. It would spread like wildfire.”

One encouraging sign is that, as Building went to press, the Gulf countries were due to hold an emergency meeting in Qatar to co-ordinate efforts to combat swine flu. Another is the the report that Mafiwasta submitted last week to the UN’s Committee on the Elimination of Racial Discrimination in the UAE. It is understood that Human Rights Watch is also doing this. McGeehan believes these moves will help bring international pressure on the UAE.

Pardiwala believes there is hope that workers who are suffering in the UAE can have a better life, but says there is a long way to go until it is of a uniformly decent standard. She wants to see the creation of an agency to co-ordinate contractors, the UAE government and recruitment agencies to ensure that existing laws are enforced. “The recent press coverage has helped raise awareness of the plight of these men. Now we must get all the relevant people together to make sure they have a better tomorrow.”