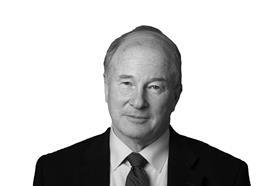 Claims of “inducing breach of contract”, “unlawful interference”, and “conspiracy” are often thought of as more at home in litigation between warring oligarchs than in a construction dispute over works to a Devon manor house. But the extraordinary way these works were procured and brought to a premature end, and the tactics used to avoid subsequent claims, justified the use of those claims in Palmer Birch vs Michael Lloyd and Christopher Lloyd.

The defendants were two brothers, Michael and Christopher Lloyd. Michael owned the manor house through a Cypriot company, SHL, in which he was the sole shareholder. He wished to renovate, but for tax and domicile reasons decided to set up a company, HHL, through which the works would be procured. Christopher would be HHL’s sole shareholder and sole director.

The refurbishment works were, however, for Michael’s personal benefit and were funded by a loan from Michael through SHL, in part using bank loans. The reality, and a constant theme throughout the judge’s account of the facts, was that Michael “called the shots” and Christopher’s voice as a director was “almost ventriloquial”, such that even the subsequently appointed contractor, Palmer Birch, regarded Michael as the ultimate client.

It cannot be assumed that, simply by operating through a limited company, directors and shadow directors will be insulated from personal recourse

HHL appointed Palmer Birch under a JCT standard building contract. The agreed contract sum was just over £5m. Until December 2014 HHL made the interim payments certified by the contract administrator, albeit sometimes late. But Michael soon ran into funding difficulties, and certificates issued on 1 December 2014 and 6 January 2015 went unpaid. This coincided with a period of frustration over delays, brought to a head by the contract administrator’s award of an extension of time that Michael was unhappy with.

In early January 2015, Michael asked Palmer Birch to suspend the works because of his cash flow issues. The relationship deteriorated and lawyers became involved. Michael had been seeking to sell a property investment in Africa, and in March and April receipt of funds from the sale was anticipated imminently. But on 22 April HHL’s solicitors sent notice to Palmer Birch to terminate the contract. The letter said HHL had no funding for completion and no means of repaying its very substantial debt, so would inevitably need to be placed into liquidation with no distribution to Palmer Birch. HHL had no right to terminate; the letter was a repudiation.

In June 2015 HHL was put into a creditors’ voluntary liquidation. Subsequently, a new company solely owned by Michael, CSEL, stepped into HHL’s place and completed the refurbishment using Michael’s funds. As HHL had no assets, Palmer Birch started claims against the Lloyd brothers personally. The principle that a company’s actions cannot be attributed to its directors, shareholders or other separate persons or companies meant Palmer Birch had to establish that Michael’s and/or Christopher’s own individual conduct amounted to separate wrongs against Palmer Birch.

The judge found that by January 2015 the brothers had decided the preferred route for getting rid of financial claims by Palmer Birch yet retaining the benefit of the works it had done  was the liquidation of HHL. HHL’s repudiation of the contract, and Michael’s diversion of funds from the sale of his investment in Africa away from HHL and towards CSEL instead, were part of this plan. The legal effect of this finding was that both brothers were personally liable in tort against Palmer Birch: Michael for the tort of inducing a breach of contract; both brothers for the tort of “unlawful means conspiracy”, namely conspiring to carry out unlawful acts (in this case, the repudiation of the contract) with intention to cause loss. Their liability to the contractor was the true value of Palmer Birch’s economic expectations under the contract with HHL.

For Christopher, it was no defence that his acts occurred in the course of his acting as a director of HHL. His actions were not attributable to HHL. As the judge put it, Christopher could not “seek the protection of a corporate veil which had become largely shredded by a combination of his own actions and abnegation of his own director’s role during the life of the contract”.

Two vital lessons should be taken. First: “the perils of contracting with an undercapitalised limited company”. This is a common concern of employers, who often demand parent company guarantees from contractors to address the risk. But contractors should be equally on their guard about the solvency of their corporate employer. Personal or parent company guarantees of the employer’s payment obligations must be considered at an early stage.

The second lesson concerns use and misuse of companies: the judge noted the “potential pitfalls for those who choose to operate through the medium of such a limited company which proves not to be good for its contractual obligations, including those who may have directed its affairs from the shadows”. It cannot be assumed that, simply by operating through a limited company, directors and shadow directors will be insulated from personal recourse. Misuse of companies, particularly those undercapitalised or insolvent, can expose individuals to significant liabilities.