Theresa Mohammed examines the draft legislation in detail, including the associated regulations revisions

The Building Safety Bill, presented to parliament on 30 June and with the second parliamentary reading to follow this month, represents a systemic overall of England’s building regulatory framework, following Dame Judith Hackitt’s 2018 independent review of the building industry Building a Safer Future. 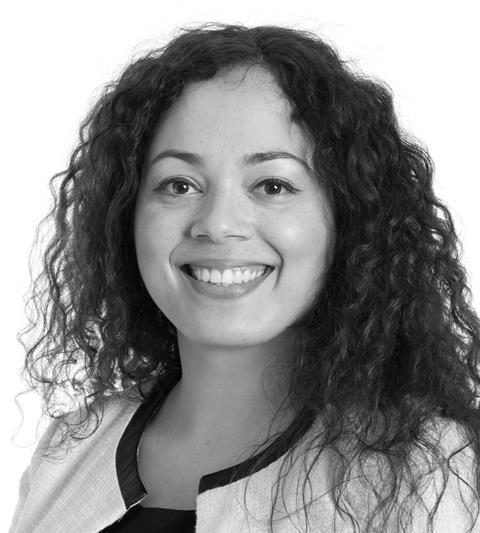 While press attention has focused on building remediation and time extensions for defective building claims, there’s much more in the bill that the building industry needs to get its head around, fast. The government has an ambitious implementation timetable: royal assent is expected within nine to 12 months, with rollout of the bulk of the regime 12-18 months later. Some obligations will take effect sooner: for example, the new “gateway 1” process for higher-risk buildings comes into force at the start of August.

The basic structure of the regime remains unchanged from the 2020 draft legislation. The bill creates a new national building safety regulator, sitting in the Health and Safety Executive, responsible for building safety for all buildings in England and for promoting competency in the built environment. The regulator will also implement the new regulatory regime for higher-risk buildings, supervise a new building safety inspectorate, investigate non-compliant works and prosecute wrongdoers. The regulator already exists in shadow form, with Peter Baker appointed as the chief inspector of buildings, but there is much work to be done before the regime is fully operational.

The draft Building (Appointment of Persons, Industry Competence and Dutyholders) (England) Regulations, published with the bill, requires anyone carrying out design or building works covered by the Building Regulations to demonstrate they are “competent” – meaning that they have the skills, knowledge, experience, behaviours and organisational capability to undertake the works. The British Standards Institution is expected to publish detailed competency standards for key building and design roles in 2022. The bill also amends the Architects Act 1997 to allow regulation of architects in line with these requirements.

> All our Building Safety Bill coverage in one place

The regulations also require clients to make suitable arrangements to monitor building projects in compliance with the regulations and ensure that their appointees are competent. Accordingly, appointees must inform clients if they no longer satisfy a competency requirement. Designers and contractors must not start work unless they are satisfied the client is aware of its own legal obligations.

The bill clarifies the scope of “higher-risk buildings”, now defined as buildings in England at least 18m in height or having at least seven storeys, and containing at least two residential units. The draft Higher-Risk Buildings (Descriptions and Supplementary Provisions) Regulations explain that building height will be measured from ground level to the top surface of the roof, excluding machinery and plant rooms. Care homes and hospitals will also be higher-risk buildings, though only for their design, construction and refurbishment, and not their occupation, while prisons, hotels and military premises will be excluded for now. The bill allows the secretary of state to amend the scope of higher-risk buildings based on cost-benefit analyses and/or advice from the regulator.

The bill creates duty holder roles, following the defined roles in the CDM Regulations, and a three-stage gateway process for the design, construction and refurbishment of higher-risk buildings. It is still unclear what information will be required for gateway 2 and 3 applications, whether prescribed documents will need to be in digital format, or what timescales will apply for gateway inspections, approval times or appealing disputed decisions. Without this detail, the building industry will find it difficult to plan future projects and negotiate contracts, so the regulator’s guidance is keenly awaited.

The bill maintains proposals to allow tenants to be charged for landlords’ costs incurred in relation to the new regime. Building safety remediation costs will also be able to be recharged, provided that landlords have first pursued grant funding, insurance, guarantees and claims against third parties. However, landlords will not be able to recharge any work required by the regulator or as a result of negligence or breach of contract.

The most attention-grabbing addition to the bill is an extended 15-year limitation period for claims under the Defective Premises Act 1972, with retrospective effect

Perhaps in response to criticisms that leaseholders are bearing the brunt of remediation costs, the bill allows the secretary of state to impose a levy on developers of higher-risk and other buildings. The terms of the levy will be consulted on over the summer, but the government has made it clear that they expect developers to share the cost of remediating historical defects. Tenants also will not have to pay service charges for any period where the accountable person has not provided building safety information for their building.

The bill imports implied terms into tenancy agreements covered by the Landlord and Tenant Act 1985, requiring tenants to co-operate with accountable persons carrying out building safety duties (including giving access to their homes and providing key information) and to not to act in a way that creates building safety risks or damages fire safety equipment. Landlords will be able to issue contravention notices to non-compliant tenants but will have to go to court to enforce these or to get access to properties.

The most attention-grabbing addition to the bill is an extended 15-year limitation period for claims under the Defective Premises Act 1972, which has prospective and retrospective effect. The bill also allows a 15-year prospective limitation period for compensation claims for physical damage caused by a breach of the Building Regulations, and imposes a duty on those doing work on buildings not to render a dwelling unfit for habitation.

All in all, there is a lot for the building industry to get up to speed on, but much more detail about the new regime is still expected by way of secondary legislation, regulations and guidance. Given the massive upskilling required to bring industry players into compliance, it remains to be seen whether the government’s ambitious implementation timetable will be achievable.

Theresa Mohammed is a partner at Trowers & Hamlins. She was assisted in the writing of this article by Rebecca Rees, partner, John Forde, managing associate, and Emma Thompson, solicitor.