The much-anticipated Building Safety Act 2022 is an epic piece of legislation in both scale and effect. Its origins of course stem from the tragedy of Grenfell and its raison d’être is to “give residents and homeowners more rights, powers and protections – making homes across the country safer”. The way to achieve this was much debated, and numerous wide-ranging amendments were made to the draft legislation during its passage through parliament. Even in the last few months, key amendments have been made to further strengthen protection for leaseholders. Only a handful of its provisions are yet in force, with the bulk to be rolled out during the course of the next 18 months. 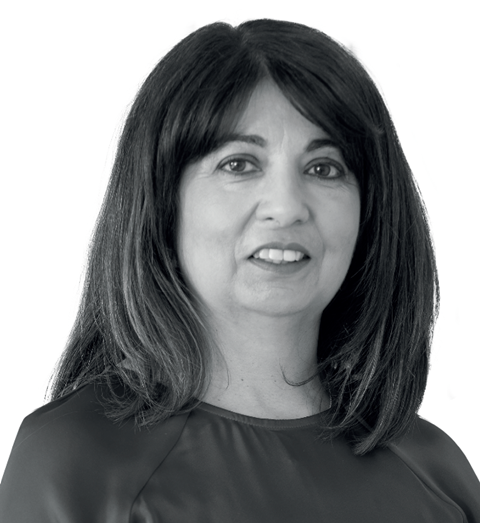 A key area of public pressure and government focus has been to ensure leaseholders are protected from the costs of remediation for existing unsafe external cladding. Levelling up secretary Michael Gove announced in February that the government “will do whatever it takes to hold industry to account, and under our new measures there will be nowhere to hide”. The new measures discussed are wide-ranging and include a rectification regime, prohibitions on developers, and building liability orders, which place the onus of rectification on developers or manufacturers in the first instance to compel them to pay to put defects right.

The government has also created the Building Safety Pledge scheme in which 53 of the UK’s largest housebuilders have been invited to sign legally binding contracts to remediate all necessary life-critical fire-safety work on buildings above 11m which they had a role in developing or refurbishing over the past 30 years. The legislation gives powers to the government to refuse planning permission or building control approval to those developers that fail to participate in the scheme. For “orphan buildings” where a responsible developer cannot be found, the old loan scheme has been scrapped and in its place the new safety act allows the government to set up an extended building safety levy, which will be charged on all new residential buildings that require building control.

Notably, the act’s provisions require developers to provide a minimum 15-year warranty for new homes. Secondary legislation is expected on this, setting out the detail of the cover to be provided. Furthermore, the act requires the secretary of state to set up a Homes Ombudsman scheme that will determine complaints by buyers of new-build homes against developers. We await with interest the full details of the scheme.

Those in contravention of building regulations may be liable to up to two years’ imprisonment, a fine, or both … individuals responsible for neglect will not be able to hide behind their body corporate

One of the greatest changes in terms of holding those responsible to account and increasing homeowners’ access to redress is the act’s amendments to the 1972 Defective Premises Act (DPA), which are set to come into force on 28 June. The amendments extend potential for liability beyond all recognition from the old DPA, creating new and extended rights for homeowners. Specifically, the scope has been extended to apply to refurbishment or rectification works, and the limitation period for claims under section 1 of the DPA is amended from six years from the cause of action to 30 years. A 15-year limitation period for all causes of action going forward will apply. With the increase in potential liability, claims will undoubtedly follow against those involved in the construction of dwellings. It will be interesting to see what challenges are made, but the standard of completion is sure to be a hotly defended area.

>>>Also read: The Building Safety Act: How ready are we?

Given the broad purpose of the act in making homes safer, its provisions impact widely on those that engage in the construction process, particularly in relation to “higher-risk buildings”. The act imposes wide-ranging regulatory responsibilities on “dutyholders” (during the construction phase) and “accountable persons” (during the occupation stage – the original proposed role of “building safety manager” having been recently scrapped). A big part of their new responsibility relates to the building information, which must be maintained and managed (in a “golden thread”) on higher-risk buildings. The act will bring in Gateways 2 (pre-construction) and 3 (pre-occupation) as stop/go points to ensure that building safety regulatory requirements are being met for higher-risk buildings. These provisions are set to come into force within the next 18 months.

The overseer of the higher-risk buildings regime will be the newly created Building Safety Regulator (BSR). The monumental change in relation to regulation in this area cannot be underestimated by the industry, in both extent and enforceability. Every phase of the lifecycle of higher-risk buildings will be closely monitored and subject to BSR approval. The major impact of the approval process alone in relation to possible delay and risk transfer will need to be closely managed.

The act provides the BSR with wide-ranging enforcement powers. Those in contravention of building regulations may be liable to up to two years’ imprisonment, a fine, or both. The act’s amendments to the Building Act 1984 make crystal clear that individuals responsible for any neglect will not be able to hide behind their body corporate. In addition, the requirement to correct work found to be non-compliant with building regulations is extended from one year to 10 years.

A good understanding of all these changes is essential for everyone in the building industry.