Witnesses – do we need them?

How many witnesses shall we use? Who is available? Who was involved in the key site meetings? Who was involved in the oral instruction to halt the concrete pour that caused the cold joint? Who heard the employer’s agent agree that the change was a variation and that the employer in the next interim application would pay it? These types of questions are common when there is a dispute, such is the desire to present a full factual picture to the adjudicator, arbitrator or court. 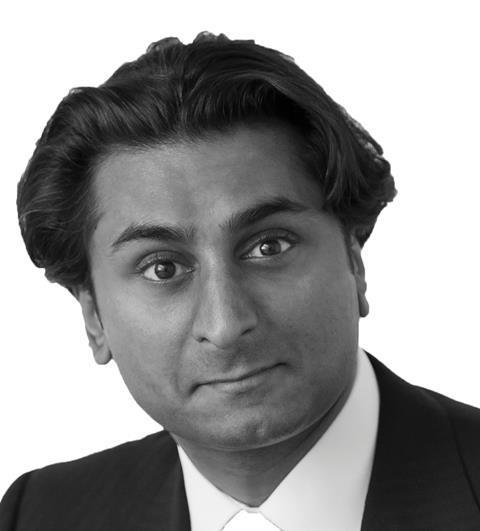 Recently, general counsel running a complex dispute asked: “Do we need all this witness evidence?” She asked because the documentary record (gleaned from Aconex) was comprehensive and because she was of the professional view that decision-makers are now encouraged to ignore witness evidence and instead rely purely on the documentary record. General counsel was thinking of Lord Leggatt’s comments in Gestmin SGPS SA vs Credit Suisse (UK) Ltd [2013] EWHC 3560 (Comm), when he said: “An obvious difficulty which affects allegations and oral evidence based on recollection of events which occurred several years ago is the unreliability of human memory.”

Lord Leggatt (as he is now) made a powerful and thought-provoking statement in Gestmin at paragraph 22: “… the best approach for a judge to adopt in the trial of a commercial case is, in my view, to place little if any reliance at all on witnesses’ recollections of what was said in meetings and conversations, and to base factual findings on inferences drawn from the documentary evidence and known or probable facts. This does not mean that oral testimony serves no useful purpose – though its utility is often disproportionate to its length. But its value lies largely, as I see it, in the opportunity which cross-examination affords to subject the documentary record to critical scrutiny and to gauge the personality, motivations and working practices of a witness, rather than in testimony of what the witness recalls of particular conversations and events.

“Above all, it is important to avoid the fallacy of supposing that, because a witness has confidence in his or her recollection and is honest, evidence based on that recollection provides any reliable guide to the truth.”

The same judge made similar comments in Blue vs Ashley (Rev 1) [2017] EWHC 1928 (Comm), which concerned whether the parties (an investment banker and Mr Ashley, a major shareholder in Sports Direct International) had made a binding contract during drinks in the Horse & Groom pub in Great Portland Street, London W1, on the evening of 24 January 2013. In the Blue case, the judge added to his earlier analysis, stating “numerous experiments have shown that, when new information is encoded which is related to the self, subsequent memory for that information is improved compared with the encoding of other information. Second, there is a powerful tendency for people to remember past events concerning themselves in a self-enhancing light.”

Witness evidence may be most useful when it is coherent with the overall documentary record. Instead, regrettably, very often one sees witness statements that give mere opinions

It appeared my general counsel was right. But hold on – there is a Court of Appeal authority that trumps the so-called Gestmin approach. Kogan vs Martin & Ors (Rev 1) [2019] EWCA Civ 1645 concerned a dispute that arose over the authorship of the screenplay for the 2016 film Florence Foster Jenkins; starring Meryl Streep and Hugh Grant, it grossed approximately $56m. Mr Nicholas Martin initially sought a declaration that he was the sole author of the screenplay. Ms Kogan counterclaimed, seeking recognition as a joint author and thus a joint owner of the copyright. She went on to claim that Mr Martin, his company and a number of film companies had infringed her copyright.

The Court of Appeal found that the trial judge was wrong to suggest that Gestmin was an “admonition” against placing any reliance at all on the recollections of witnesses, and made clear: “Gestmin is not to be taken as laying down any general principle for the assessment of evidence. It is one of a line of distinguished judicial observations that emphasise the fallibility of human memory and the need to assess witness evidence in its proper place alongside contemporaneous documentary evidence and evidence upon which undoubted or probable reliance can be placed.”

Kogan vs Martin provides compelling and tangible guidance to those involved in dispute resolution: witness evidence may be most useful to the adjudicator, arbitrator or court when it is coherent or corresponding with the overall documentary record. Instead, regrettably, very often one sees witness statements that give mere opinions on what contracts or documents ought to mean. The case also provides a subtle reminder that while, for example, an adjudicator can ordinarily make errors of fact and still render an enforceable decision, an adjudicator could be at risk at enforcement if the adjudicator ignores wholesale the witness evidence on key points (perhaps following a Gestmin line of thinking). So, for example, an adjudicator who relies only on documentary evidence and ignores witness evidence on key points may just find themselves led to fail to make proper findings on key issues.