Letter: Is tax the solution on zero carbon homes? 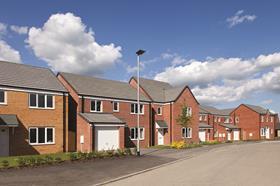 The only way to make progress on zero-carbon homes is to tax emissions of dwellings (“Industry warning on carbon emissions as 2016 target axed”, 17 July 2015, page 9). We need a fiscal structure that ties emissions of existing and new dwellings together. By adding a tax to energy bills the message would soon be clear that reducing household emissions is a priority.

The government could announce the taxation was going to come in at a future date and give everyone fair warning - four to five years - and ramp up the punitive element of it over time. There would be a need to protect those in fuel poverty - perhaps a proportion of the taxation would go to reduce their emissions as a priority measure.

The result would be to create a market for more efficient homes that would affect existing stock more than new. The levels of emissions, subject to taxation, would need to be different for new stock to allow for the fact it’s easier to reduce emissions there than in refurbished stock. Housebuilders who built more efficient homes would be rewarded by lower stamp duty, and residents who bought them would get lower fuel bills. People selling older homes would be penalised with higher stamp duty and higher fuel bills. The impact would be to drive retrofit of existing stock to make it more attractive and drive performance of new buildings to ensure new stock doesn’t contribute to the problem.

All of this could be done with little or no fiscal change to government finances: they would collect the same amount of stamp duty as before, but energy bills for households would rise in the long term unless householders took action to improve their dwellings. Like taxation on alcohol or cigarettes, the only way to change people’s behaviour is to hit them in the pocket.

Taxation on energy bills could go into the Green Investment Bank to lend to retrofitting companies that would carry out street-by-street improvements at low interest rates. Provided this was done over a sufficiently long-term timeframe and people could save to pay for the improvements, or add the cost of improvements to their mortgages, the impact on energy bills could be managed, but it would take cross-party political support and a willingness to maintain the course over several parliaments.

The UKGBC has done a lot of work on these types of incentives in recent years, so a lot of the background work has already been done. All it needs is a willing politician to take it forward.