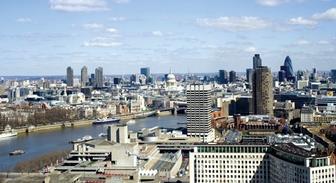 The new F Gas Regulations are the latest in a series of measures that have sought to address the environmental impact of cooling technologies. Recent articles have outlined how the new legislation can be incorporated into system design, as well as developments in vapour-compression systems which do not use F-gases (carbon dioxide, for example, in “Chilling statistics”, BSj 04/07).

An alternative with exciting potential is “magnetic cooling” – a high-efficiency, gas-free cooling solution based on solid, magnetic refrigerants, which promises low maintenance costs, a 50% energy saving and improved recyclability.

Conventional cooling technologies use a refrigerant which changes state when energy is applied. Examples include the liquid to gas transition in F-gases driven by pressure, or the difference between electron and “hole” states in a Peltier cooler (driven by an electric field).

The search for coolant options other than gaseous refrigerants therefore starts with the question: what materials exhibit an energetically significant change of state which can be cycled efficiently, and are simple, cheap and safe to deliver? Magnetic cooling may provide an elegant and environmentally attractive answer.

Magnetic refrigeration has been used for many years in fundamental research as a means of reaching temperatures below that of liquid helium (about4 kelvin). However, cooling at room temperature is also possible with a suitable choice of magnetic material.

What makes a material magnetic is “spin” – a quantum mechanical property of all fundamental particles and, importantly here, of electrons. The spins of electrons in some alloys (eg, permalloy) and elements (eg, iron) order “cooperatively”. It is this cooperative magnetic spin order that makes, for example, the magnet on your fridge door magnetic.

There are several kinds of magnetic order, but they have one thing in common: they are destroyed by heating above a critical temperature, which depends on the particular material. This is similar to the melting of a solid when it becomes a liquid, or to a liquid vaporising to become a gas.

Energy is given out or released during such changes in order. Just as the energy released by a gas is greatest around the condensation temperature, the energy released by a magnetic solid is greatest when it experiences a change in its magnetic state – at a magnetic phase transition. Driving a magnetic material suddenly through such a magnetic phase transition, by applying a magnetic field, usually leads to heating of the material through release of its ordering energy. Conversely, removing the magnetic field – demagnetisation – usually leads to cooling.

The process of magnetisation and demagnetisation is the key to magnetic refrigeration. In principle, the process is fully reversible. It also accounts for the high efficiencies achievable – as high as 60% of Carnot efficiency, which is an improvement of about 50% on the best compressor-based cooling technology.

Let’s look at the energetics involved for a room temperature application. In the field of a 1 tesla (T) permanent magnet, a typical high-strength magnetic material that disorders at room temperature has magnetic ordering/disordering energy of about 100J/kg or, equivalently, 700kJ/m3.

The energy density (due to latent heat) of a typical HFC refrigerant is 200-300kJ/kg, or 600-900kJ/m3 in the gaseous state. So, the energy density of the solid magnetic refrigerant can be regarded as being in the right range for this application. The task is to find the engineering to harness this cooling effect.

The simplest way to think of the magnetic cooling cycle is by analogy with a gas compression cycle. Figure 1 (left) shows a conventional magnetic refrigerant, which changes temperature by an amount DT on application of a magnetic field (equivalent to the pressurisation of a saturated vapour).

For the best materials, this is only about 2 degrees in the typical strength of magnetic field used (about 1T). So, to extend this effect, a so-called regenerator is used to couple up multiple temperature changes over a much larger range of temperature during multiple cycles.

Further extension of temperature range can be achieved by using magnetic materials with different properties.

Researchers have been experimenting since the 1990s with temperature magnetic cooling engines, most often using the element gadolinium as the refrigerant.

It is a strong ferromagnet with a magnetic disordering temperature of about 294K, and exhibits a large magnetic cooling effect over a wide temperature range. It is, however, expensive at about £250/kg.

Researchers have been looking for cheaper alternatives, based on magnetic elements such as iron, cobalt, nickel and manganese. There are promising results with a number of compounds, including alloys such as La(Fe,Si)13, CoMnSi and NiMn(Ga,In,Sn).

The aim now is to optimise these materials for use as refrigerants in prototype systems previously based on gadolinium.

In the UK, the R&D effort is spearheaded by Camfridge, a spinout company from Cambridge University. It has developed several designs, the latest achieving record-beating performance: a 15K temperature span using gadolinium in a 1T field provided by permanent magnets.

Thermodynamic simulations are being used to check and refine system performance, and the cycle frequency of the system has recently been increased 30-fold to increase the cooling power per mass of refrigerant and per cm3 of magnetic field volume.

The next stage for Camfridge is to use one or more of the new refrigerants to minimise refrigerant cost and to operate at the highest cycle frequency possible in order to cut the most expensive element – magnetic field volume.

The company has been aided by a Carbon Trust grant and private venture capital. The refrigeration and air-conditioning industry is following developments with interest, through cooperation agreements and a European research & development initiative that brings together researchers and commercial organisations in the first lab-to-end-user programme of its kind.

So where are we now? Magnetic refrigeration is beyond “proof of concept” and is set to prove its economic potential to the market. Its ecological benefits are clear: high component recyclability, high projected CoPs (energy efficiency) and the zero greenhouse impact of the solid refrigerant.

Organisations such as SIRAC (see box below), the new research network for sustainable refrigeration, funded by the Engineering and Physical Sciences Research Council, will help developers and the industry to harness the potential of this new technology.

Linking researchers and the marketplace

The government-funded organisation, supported by the Institute of Refrigeration, will link researchers in universities and colleges with companies seeking solutions to technical problems, and aid the transfer of knowledge and ideas to the marketplace.

It is estimated that refrigeration and cooling plant consumes 16% of electricity generated in the UK and produces 10% the country’s greenhouse emissions.

Andrew Gigiel, who is co-ordinating the network, said: “The aim is to bring together the combined might of refrigeration and air-conditioning researchers with industry innovators.

“It will increase the flow of information and co-operation between those with problems to solve and those with the ideas to solve them.”

SIRAC has a series of networking events during the year, which began with a conference at Oxford University in May.

Graeme Maidment of South Bank University, which is supporting the scheme, said: “There is a wealth of excellent research going on in UK academic institutions. Magnetic cooling shows particular promise, and the potential efficiency is quite staggering.”

Researchers are being urged to add their projects to the SIRAC database.

Karl Sandeman is a Royal Society University Research Fellow at the Department of Materials Science and Metallurgy, University of Cambridge. For more information, email info@camfridge.com