Atkins’ boss on the gains from being the engineering provider for London 2012, and on returning the firm to growth 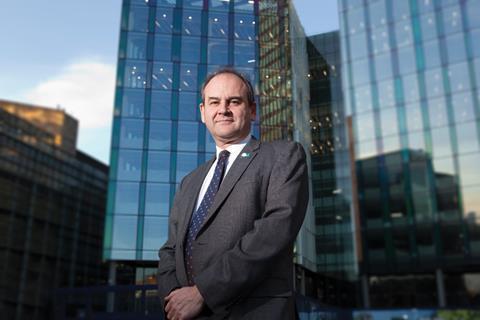 As the UK’s biggest multi-disciplinary consultancy by UK fees, Atkins can reasonably be expected to cater to a vast array of different clients. But horses? Strange as it may sound, in the build-up to the London 2012 Olympics Games, the firm found itself moving into the business of, to coin a phrase, equine solutions.

As the official engineering partner to the 2012 Olympics, Atkins found itself responsible for constructing the arena for the riding events in Greenwich Park. Owing to the requirements of the Games’ sustainability standards, however, the ground couldn’t simply be prepared and stands erected around it as this would involve ripping up a large part of the historic parkland. Instead, the arena had to be mounted above the ground. And it soon became apparent that if the elite horses sensed that they weren’t standing on solid ground they got jittery.

“So, we had to mock them up and then test them with our client, which in this case was a horse,” says David Tonkin, chief executive Atkins’ UK business. “Of course, the horse couldn’t tell us what was going on, but the rider could tell us when the horse wasn’t feeling safe. So we interviewed the rider and ended up going through an iterative process.”
After drafting in a huge range of specialists from across the company’s various divisions, a solution was eventually found and the equestrian events were able to proceed.

The tale of the sensitive filly is just one of a series of stories about Atkins’ involvement in the Olympics that Tonkin tells with obvious satisfaction and his characteristic ready smile over the course of our interview. (Another relates to the unfortunate interface between industrial air-conditioning units and 1.9 gram ping-pong balls.) Tonkin, an accountant rather than engineer by training, is obviously proud of the contribution his company made to the Games’ success and believes that, quite apart from anything else, it gave his team a huge boost in morale, just as the company fights to win work and recover from the recession.

I’ve already got scale in the UK but niche market areas where i can see growth, then bolt-on acquisitions could be quite interesting

Of course, the fact that Tonkin can talk so openly and passionately to the press about Atkins’ involvement in the Games makes him unique in construction terms. While the other construction companies that helped deliver the Olympics were subject to the rigidly enforced No Marketing Rights Protocol, Atkins’ status as official partner means that the company is subject to no such restrictions.

Tonkin is unable to supply a figure for how much Atkins paid the International Olympic Committee for its privileged status, but he is keen to emphasise that the firm’s appointment was the result of an open competition in which price was only one factor. However, asked whether he believes the financial cost to have been worth it in terms of the benefits partner status brought the company, he is unambiguous. “First off, I judge it on the experience that it allowed for us to get for our staff, which was immense,” he says. “But then it allowed us to showcase what we did. Atkins can be a little shy in terms of explaining what we do, but the Olympics gave us a great opportunity.”

As an example, Tonkin cites Atkins’ work on remediating the land that would become the Olympic park. This, he says, means that the firm has a calling card that can be used to win work on any complex, large-scale remediation project. More immediately tangible, Tonkin says that Atkins has already won new work on the 2014 Commonwealth Games in Glasgow as a direct result of its work on London 2012. “When it comes to things like the Commonwealth Games there are very direct benefits,” he says. “People can say ‘what’s your credibility?’ and we can say ‘well, we did this small job down in the South-east …’.”

Surprisingly, however, Tonkin reveals that Atkins has made a decision not to seek work on the next Olympics in Rio, despite the company’s association with the widely admired London Games. 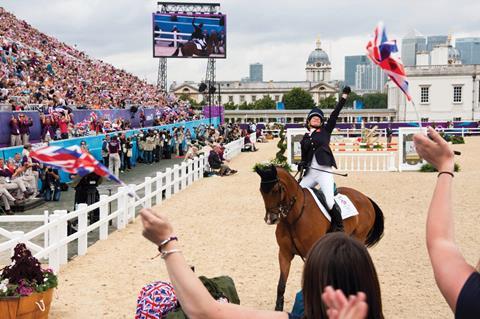 For the equestrian centre in Greenwich park, Atkins designed a solution to make the sloping site level – a deck of specialist plywood on metal legs which sits directly on the ground without the need to dig

“We’ve gone out to help the British government promote what’s happened, but Rio really isn’t a target for us,” he says. “Our feeling is that it’s not worthwhile setting up an office in Rio. It’s not a territory we know well. We haven’t traded out there and we have enough other territories that we trade in that just following the next exciting project to a place we don’t know, where we don’t understand the working customs, is not necessarily our focus.”

Rio or no Rio, the publicity that Atkins’ UK business has been able to generate from the Games couldn’t have come at a more vital moment. While the group’s 2011/12 financial report showed a growth in both revenue and profit, UK business revenue fell by 7% and operating profits dropped by 16%. However, the situation appears to have stabilised, with the half year statement for the six months to September 2012 reporting that the UK business’ revenue was unchanged on the same period in 2011 and operating profit was up 0.8% - not results that would prompt anybody to break out the Bollinger, but at least the decline has been addressed. 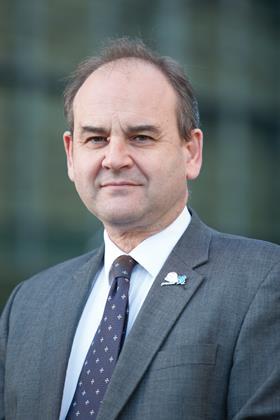 Tonkin says that he is now, at last, seeing new opportunities coming forward - particularly in rail, aviation and education – and that the UK business is poised for growth, largely from domestic work, although the aerospace division is looking at opportunities in the US. Atkins UK is also recruiting again, having identified the need for about 1,000 new staff. In particular, he is keen to point out that Atkins is once again recruiting graduates at pre-recession levels. Having reduced its October intake to about 120 in 2010, Tonkin says that last
year the firm took on 250 graduates and that he expects to take on a further 350 in this year’s round.

Given that Atkins shed around 1,200 jobs in response to the recession and falling state infrastructure investment, would it be fair to suggest that the current emphasis on graduates will ultimately create a less experienced workforce? “No,” replies Tonkin succinctly. He expands: “We’ve got 9,200 staff, so to have 250 graduates in a staff of 9,200 is a pretty small dilution. And we do have a very experienced workforce, so a bit of rebalancing to make sure that we’ve got fresh blood coming in to learn from that experience is very important.”

Looking ahead, Tonkin expresses some confidence that the 2012/13 annual report will herald a return to growth for Atkins’ UK business. “I’d expect to see a bit of modest growth in headcount and we’ll be on target on revenue and profit and looking okay,” he says. What’s more, after last year’s sale of Atkins’ asset management business, Tonkin says that he isn’t considering further disposals or another restructuring of the business. “We will be constantly looking at our portfolio, but there’s nothing [in particular] I’m looking at right now,” he says.

Indeed, it seems that Atkins UK is once again in acquisitive mood. “What we’re unlikely to do is to buy bigger scale [companies], because I’ve already got scale in the UK,” he says. “But niche capabilities, niche market areas where I can see growth, then bolt-on acquisitions could be quite interesting.” Asked whether he has his eye on any firms in particular, however, Tonkin just smiles. “I’m always looking,” he says.

It has, of course, been rumoured in the past that Atkins itself might be bought out in its entirety by a bigger firm. Tonkin doesn’t deny that such an event is possible, but it isn’t something that gives him restless nights. At 18,000 people worldwide, he says, Atkins is too big a fish to be easily swallowed up by a bigger predator. “Obviously there are players up around 40,000 to 50,000 and we are seeing quite a lot of consolidation,” he says. “But we’re a very big bite at 18,000. It’s not something that worries us.”